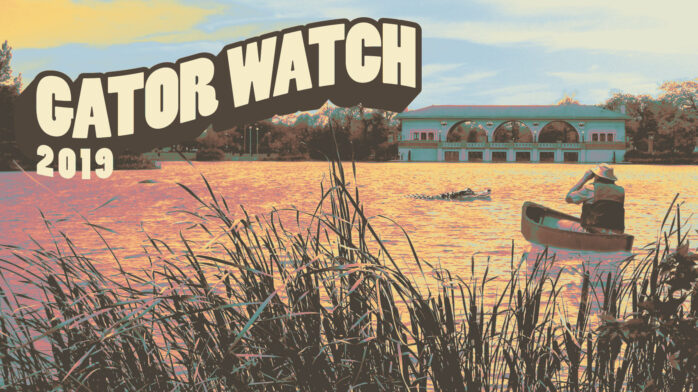 The rumors are true: there’s a 5 foot alligator swimming around in Chicago right in the Humboldt Park lagoon. What more, there’s a man who goes by the moniker of Alligator Bob trying to catch him.

After some sightings and whispering on Tuesday, photographers captured some clear shots of what is definitely a large alligator—swimming around in a place where large alligators should definitely not reside—and authorities confirmed the gator was real.

The gator has drawn crowds since Tuesday, as attempts to capture the reptile—led by a volunteer lovingly referred to as Alligator Bob—have been unsuccessful. It’s far from his first rodeo; Alligator Bob previously helped catch the last Chicago alligator, spotted back in 2010.

Authorities say the alligator was likely someone’s (illegal) pet before being released into the wild—that is, if you consider a man-made lagoon “the wild.” If caught, the alligator will be transferred to a zoo for a check-up. Until then, Gator Watch enters Day 2.