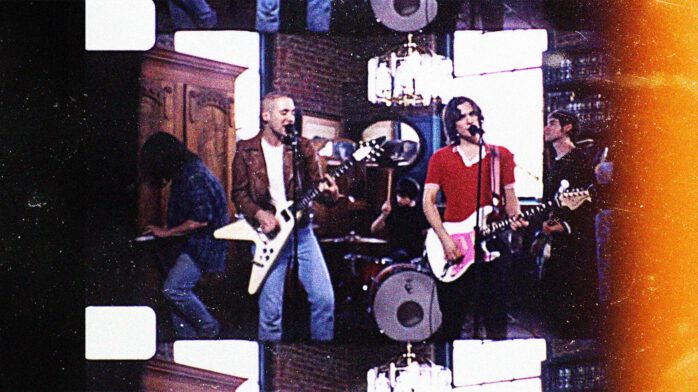 White Reaper—whose members are not from the 80s, notably—have slowly shifted their garage punk sound to a more “classic rock” attitude since 2017’s The World’s Best American Band. The result, fully on display in “Real Long Time,” is fit for the greatest American road trip imaginable. Take a listen for yourself below:

“It always makes me laugh,” singer/guitarist Tony Esposito told Stereogum. “I’ve been reading a lot of those comments, like, ‘This band sounds like they want to be an arena band.’ Well, duh.” They’ve recently signed with Elektra Records, host to many a classic rock alumni (The Cars come to mind listening to “Real Long Time”), so it’s not all that unrealistic to picture.

There’s no release date or title for White Reaper’s next record, but it can’t be too far off—and there’s no doubt they’ll be showing off a new setlist at this year’s Riot Fest.