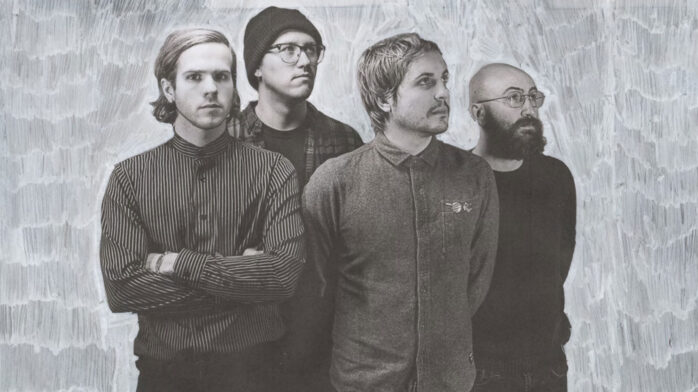 Riot Fest is 15 years old. That means a baby born around Riot Fest 2005 could drive to Riot Fest this year with a learner’s permit. It also means that several bands, over the years, have gone from watching the sets to playing them. Kali Masi is one of those bands.

The members of Kali Masi have collectively been attending Riot Fest since the multi-venue days, and were eager to share their favorite memories ahead of their performance at Riot Fest 2019 on Sunday.

ANTHONY ELLIOT (bass/vocals): I’ve always had a good time at Riot Fest, but two sets stand out for me. My first Riot Fest was in 2007 at Congress Theater. Youth Brigade was playing. They were the band that introduced me to the concept of DIY punk, so I knew I couldn’t miss it. Those dudes are much closer to my parents’ age than my own. I kept my excitement in check… Definitely didn’t think I’d see a bunch of 50 year olds hit it harder than my teenage ass ever had. They absolutely killed. I met Shawn Stern afterwards and he was super gracious and kind. Still just massively inspiring to this day.

AE: Ten years later, my friends and I were all lining up early to catch Jawbreaker’s first show in 20 years. Prophets of Rage took the stage before them. Nobody in my vicinity expected much… we were all there to see Jawbreaker play, so standing around through two hours of rap-rock wasn’t really what we all had in mind. Tom Morello, Chuck D and co. ended up winning over and commanding the entire crowd, skeptics and all, including me. I’ve never witnessed anything like it; it was electric. It was like they’d united everybody for ninety minutes. That is punk rock to me. Can’t wait to see what surprises Riot Fest has in store this year.

JOHN GARRISON (drums): My first Riot Fest. I was 15 and getting really into The Lawrence Arms at the time. I think this was the first time I saw them. The first of many, many times to come. Afterwards, I found a photo from the show online of the crowd and you can see me screaming back at Brendan Kelly in it. I was so stoked. Had it as my MySpace photo for a while. I actually just sold the TLA shirt I bought that night to Buffalo Exchange. I’ve grown since 2008, man. My mom drove me to that show from the suburbs, waited around, then drove me back. She was always down to drive me to shows as a kid and I was so fortunate. She’s coming to Riot Fest for the first time this year to see us play so get her drunk if you see her. Kali Masi just played with TLA in Milwaukee. Very cool. Love full circle things.

JG: Sam and I took the train from Naperville to Chicago after school like we did many times for shows. But this time was for Cock Sparrer at Riot Fest. I didn’t like a lot of older punk bands but holy fuck there is something timeless about those songs. I remember we chugged beers in the McDonald’s bathroom by Metro before going in. They opened with “Riot Squad.” At some point in the show I wasn’t singing along to “Tough Guys” and some shaved-head punk dude noticed and starting screaming about how I was a fuckin’ poser. He was really mad about it. Jesus Christ, dude. Chill out. Cock Sparrer played Riot Fest again in 2014 and it was just as good. Such a solid band. Stoked they’re back this year.

SAM PORTER (guitar/vocals): When Riot Fest split up into multiple venues, John and I went to see Cock Sparrer together at the Metro. It was incredible, the band sounded just like the record even after all of these years. I had chills during their set, and shouted every word with my whole chest! To this day it remains one of my all-time favorite Riot Fest sets.

JG: This was the first year Riot Fest was an outdoor festival, right? [Editor’s Note: Right!] I had just walked in and met up with my brother. I got there early to see Built to Spill because I had just discovered their music. We stood up front. I remember one of the members got mad at something and my brother laughed. I love when he laughs. And I love Built to Spill.

JG: One of my favorite bands in the whole wide world. The band that got me into punk music. This show was right before Transgender Dysphoria Blues came out but some of the songs were already out. First time I heard “FuckMyLife666” and “Black Me Out” live. Incredible live band. They were on one that show.

JG: First off, the lineup was insane that year. This set stood out because I literally just stumbled upon it trying to find cover from the rain. I walk into a beautiful set by Pianos Become The Teeth. I kept hearing about them from friends. They were surrounded by trees. It was dark. It was raining. And their drummer, David Haik, was just a blast to watch. Cheers to discovering new bands at Riot Fest.

JG: Watching this set made my finally shut up, go home, and start listening to Touché Amoré after years of overhearing my friends obsess over them. I didn’t know their songs yet but they were so tight and energetic. Somehow they pulled off the feel of a small-venue show at an outdoor festival. Great musicians. They won me over that day. Now one of my favorites.

JG: Wow, they know how to put on a show. There wasn’t a single second during their set that I wasn’t entertained. I have nothing deep to say about it. Just super fucking fun. I think the last time I saw them was 2009 at Bottom Lounge. Cool to see they’ve still got it.

SP: I think the first memory I have of going to Riot Fest was in 2007. I was sitting in the front seat of my friends minivan covered in my own throw up, but still really excited to go see Flatfoot 56. I was in High School and it felt cool to drive into the big city with my friends. This was back when Riot Fest was at the Congress Theater, a giant unkempt auditorium with random furniture in the lobby and spiky haired punks littered throughout. Looking back at old photos of those days are a real treat, y’all have really gotten your shit together over the years. I saw a bunch of my favorite bands at the time like The Heart Attacks, Lower Class Brats, Nekromantix and Bad Brains.

SP: In 2012, when Riot Fest moved to Humboldt Park, I was hyped! I both love Carnivals AND the outdoors, and Humboldt Park was across the street from my apartment. Hot Water Music was playing,  back from a long hiatus. They’re one of my favorite bands and I literally dropped out of a college summer course that was REQUIRED to graduate to see them. In the blistering sun, I shouted along to “Old Rules” and it was so worth it.

I’ve gone to many Riot Fest over the years, nearly every year since it’s been in the park. I’ve seen some of my favorite sets from some my all-time most beloved bands. I watched Maps & Atlases in a baseball field. Title Fight in the rain. I saw Motörhead for the last time. I watched the sunset while TV on the Radio played the best set I’d see all year. I saw a young Culture Abuse cut their teeth on the small stage, quickly becoming one of my favorite bands. I chanted “SOTO” along with a thousand other people, long after Adolescents were finished playing. What a special moment that was!

Looking back, I think I may owe a lot to Riot Fest. Thank you for putting on so much sick music over the years. I’ve never jumped your fence once, so it looks like you owe my band a slot! See you Sunday!