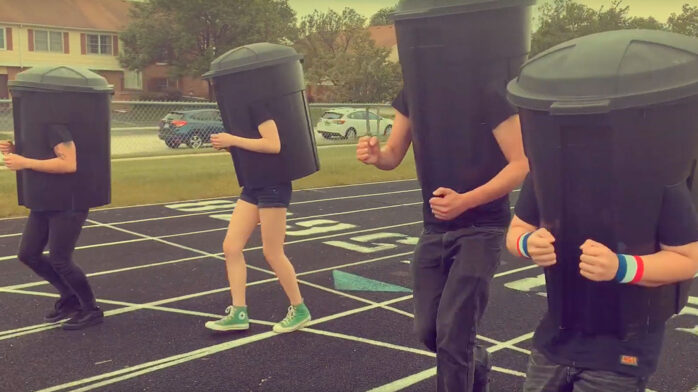 Premiere: Sincere Engineer is Actual Trash with “Dragged Across the Finish Line”

Good morning, garbage RiotFest.org readers. Are you looking for some new great music? Are you just as excited for new Sincere Engineer material as we are? You’re in luck: We’ve got a new track to show off today, and it’s absolute trash. No, really. Sincere Engineer dressed up as trash for a new music video for a single called “Dragged Across the Finish Line,” and it’s nothing short of a trashterpiece.

“This song is half about not letting the successes of others demotivate you, and half about recognizing that sometimes you need to help your friends and sometimes they need to help you,” Deanna Belos told us. When asked about the music video, Belos simply stated she “wanted to beat the haters to calling us a garbage band.” Too cool. Check out the video below:

The track is off the upcoming Red Scare Industries: 15 Years of Tears and Beers comp due September 25, which is celebrating Red Scare’s 15 years in the biz with 15 brand new, unreleased tracks from various artists. It’s our 15th anniversary too, so consider this premiere a double-decker birthday party. Except trashier.

If you dig this, you better check out Sincere Engineer at Riot Fest next weekend! 3:40–4:20 PM on Sunday at the Rebel Stage.