Internet speeds are ridiculously fast these days, and so are those goddamn e-scooters. The 2020s will most certainly be a decade of innovation and absurdity, and punk will be no exception.

For this feature, we gazed into the mysterious charcoal-infused, wireless-charging capable crystal ball of the 2020s to see what strange new punk trends the decade has in store for us: Extreme trolling? Ten-gallon hats? “Net Brutality”? Honestly, after surviving Crunkcore, anything is possible. 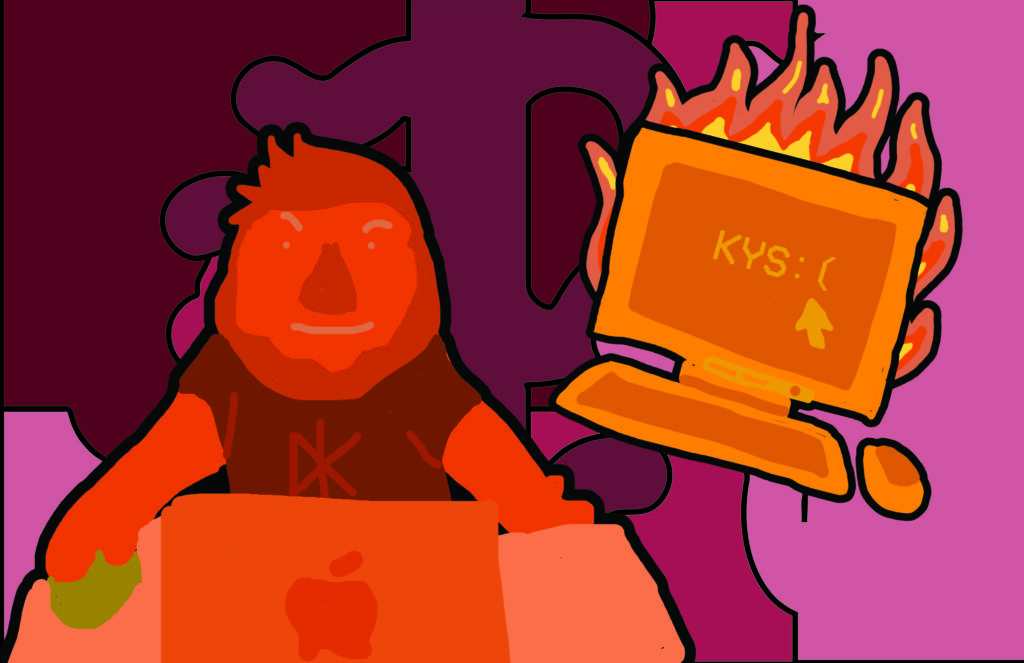 Rising from the ashes of 4chan, Reddit, the Bridge 9 Records message board, and other anarchist web minefields, the net brutality uprising came about after cyber-censorship laws cracked down on open web forums, creating a state of hyper-surveillance across the net.

The core beliefs of net brutality are to T.R.O.L.L., which stands for:

Net brutalists do not consider themselves trolls. They just support… er, extreme free speech is all—and the right to tell you that your opinion on the new Turnstile record is wrong and you and your mother should die in a fire because of it. That’s all. T.R.O.L.L.!

The Next Generation of Crust Punks: Earthcore Bands 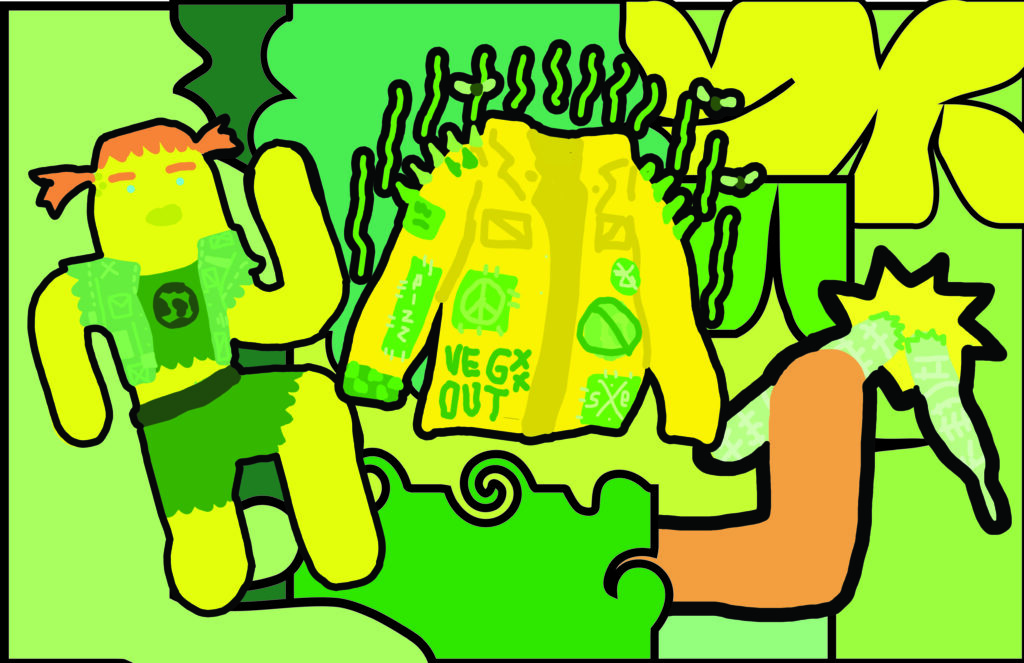 In the year 2029, many kilometers underground towards the Earth’s center, a community of millenial art school dropouts and angry trust fund 20-somethings live in harmony in an eco-friendly, post-apoco-political utopia. Rejecting the political shitshow of the 2020s—and prepping for the inevitable end of the world due to extreme climate change—crust punks have fled to the underground to live in peace with fellow soap skeptics and hygiene-deniers.

“Earthcore” is the genre of music derived from the 2020s literal underground crust punk scene. Earthcore is a genre of music created solely from eco-friendly sustainable, raw instruments. Popular instruments in the genre include raw bamboo drumsticks, hemp-stringed guitars, and many variations of different woodwind instruments.

The Image of Scoot Punk: Zoomers 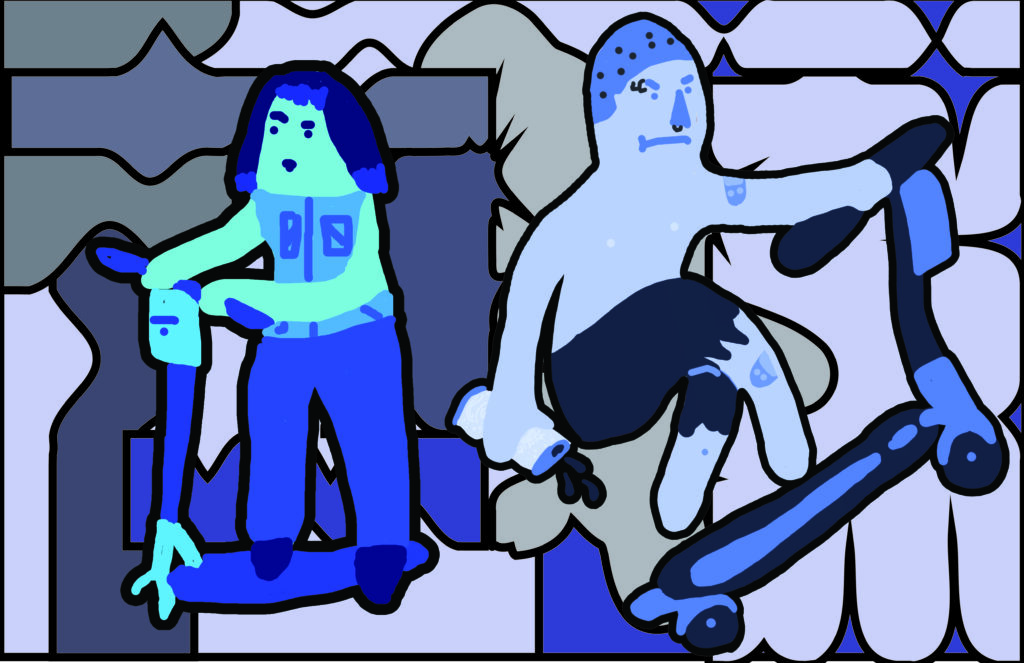 Generation Z, alternatively called zoomers, are also referred to as nyoomers, or vroooomers, due to their huge obsession with electric scooters. Scoot punk is subculture adjacent to skate punk, but with roots in metropolitan Midwestern and East Coast cities. Scoot punk’s sound derives from the industrial soundscape of American cities, mixed with the familiar dings, beeps, and boops of cellphone notifications. Lyrics are often based around themes of crippling student loan debt, the monotony of barista life, and recurring 21st-century emotional breakdowns. Scoot fast, eat grass(-fed free-range animal products).

Scoot punks are also huge fans of sustainable farming and veganism. They have immense guilt about their scooter’s carbon footprint.

The Future of Phones: Screengaze 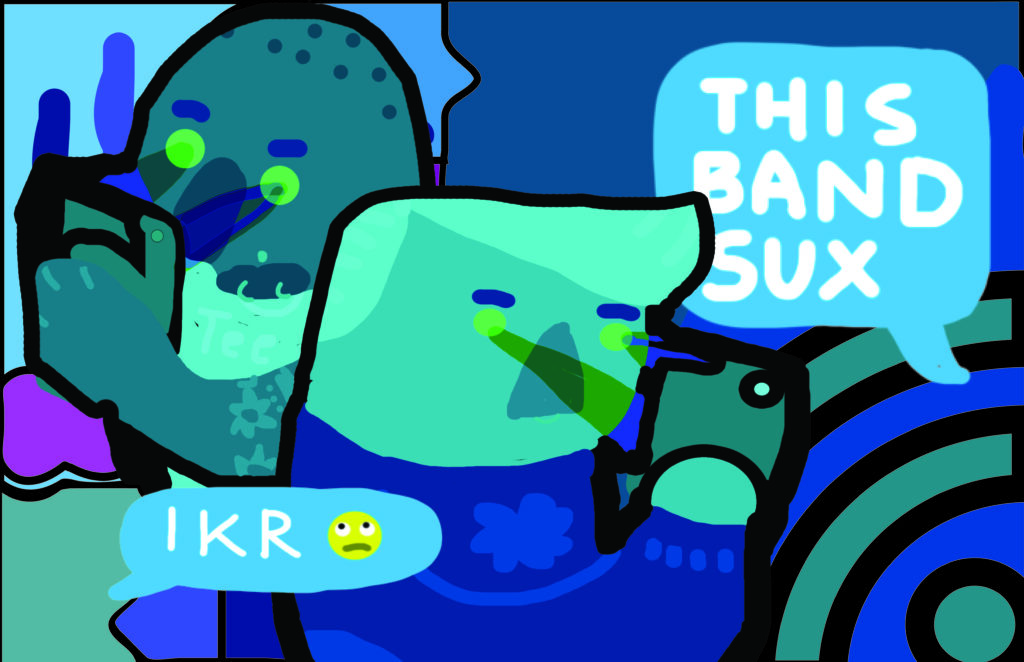 “Screengaze” is a term coined by famous boomer musicians and the complaint that youths are always on “those damn phones.” Often referred to as screenmo, the name refers to a subcategory of doom metal that consists of extremely slow sludgey riffs, lo-fi recordings, sad gloomy vocals, and electronic musical accents.

The name screengaze comes from the observation that most of the audience within the scene is often uninterested, aloof, and staring down at their phone screens. One of the most popular screen-mo bands, iOS-OS, is known for performing entire sets while wearing Snapchat lenses. 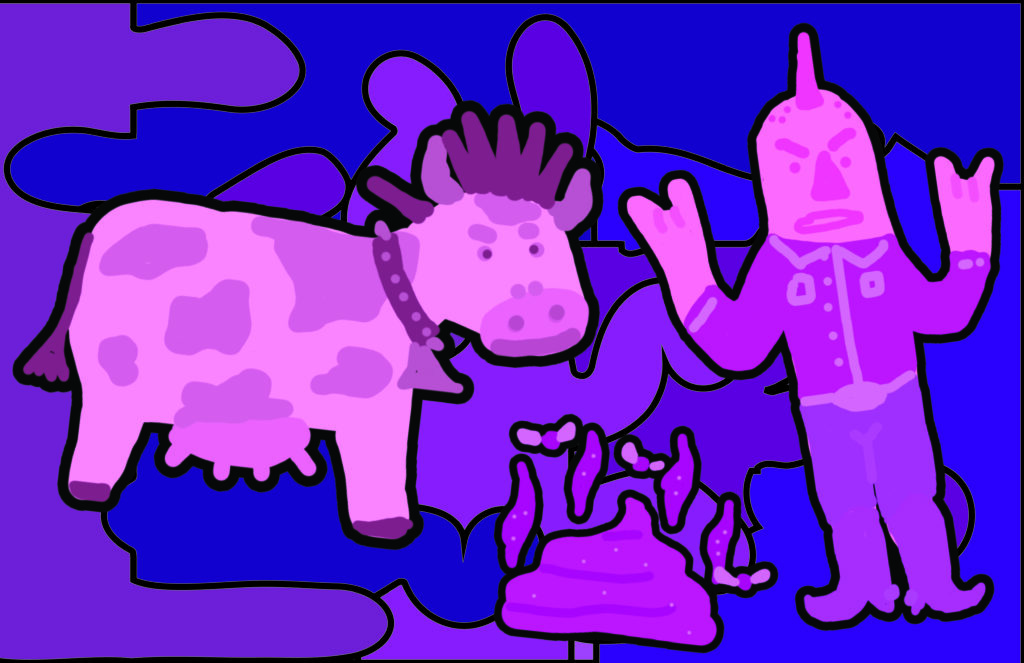 With the rising popularity of western themes in popular music and fashion, it’s no surprise that  yeehaw culture would inevitably spill into the beloved realm of metal music. 2019 was a year for short-lived weird fashion trends, the most popular being the strange Instagram cowboy/cowgirl trend. This may have been a huge ploy to make assless chaps an acceptable form of clothing, but many rappers and pop musicians alike were definitely guilty of engaging in some form of yeehaw.

Moo-metal (also referred to as manurecore, barncore, or plow punk) is an emerging genre of music that incorporates not only country music riffs and progressions, but also sounds from farm animals. Popular components of moo-metal (not to be confused with cowpunk) are cow sound effects, dairy-centered lyrics, themes of hard work, manual labor, and leaving or “getting out of your farm.” 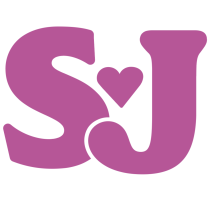