Our Community Spotlights feature all the wonderful food, nightlife, and local businesses found within Douglass Park, home to Riot Fest. Join us throughout the year as the Riot Fest staff recommends their favorite spots in the neighborhood on a continuing basis—in hopes that you’ll make a stop in Douglass Park before, during, and well after the fest concludes.

For most of us, a reliable spot to grab a coffee and a pastry in the morning on the way to work—or a place to post up with a laptop for an afternoon if you’re on the work-from-home wave—is an essential feature in a neighborhood. The Beelove Cafe is that spot for its corner of North Lawndale, situated between Douglass Park and Garfield Park. The brand-new coffee spot offers locals a generous menu of drinks, as well as a generous menu of breakfast and lunch items, and a serene, light-filled space to kick back and relax or zone in on work, depending on the mood.

Built into an imposing brick building that formerly housed the Community Bank of Lawndale (the area’s first Black-owned bank), and featuring a modernist all-glass facade, the Beelove Cafe brings a splash of high-end design to its stretch of Homan Ave., and adds to the neighborhood’s history of notable architecture. Inside the airy space—featuring hexagonal light fixtures to underline the bee-themed decor—employees serve up a range of drinks from a generous menu ranging from drip coffee to strawberry matcha, frozen mochas, and the cafe’s trademark “Sweet Brew” cold brew coffee. On the food side, there are breakfast sandwiches with a variety of fillings, soups, wraps, and baked goods supplied by Trini’s Tasty Pastries, but the rave reviews go to the cafe’s beelove honey butter biscuit, which highlights the Southern roots shared by many Black Chicagoans, and features honey butter made with locally produced honey (which you can also buy at the cafe’s shopping area).

Not only is Beelove giving the neighborhood its morning caffeine boost, along with some tasty treats, it’s also helping to sustain the neighborhood in other ways. Beelove is part of the North Lawndale Employment Network, which for the past 20 years has been creating jobs in the formerly industrial area, which like many parts of the city suffered severely when local industries relocated or shut down. Not only does NLEM employ the staff at the Beelove Cafe, but also Sweet Beginnings—located in the same building—where community members who’ve been impacted by the justice system package honey and honey-based products, earning job skills and financial literacy along the way.

While the Beelove Cafe doesn’t stay open past 4:00 p.m., it’s the perfect first stop for a caffeine run to fuel your Riot Fest weekend—or any of your plans, really. Check out their hours and menu (via their website) below. 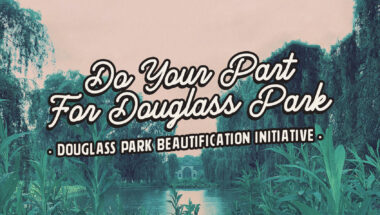 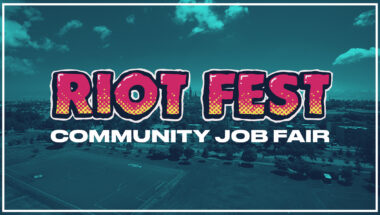