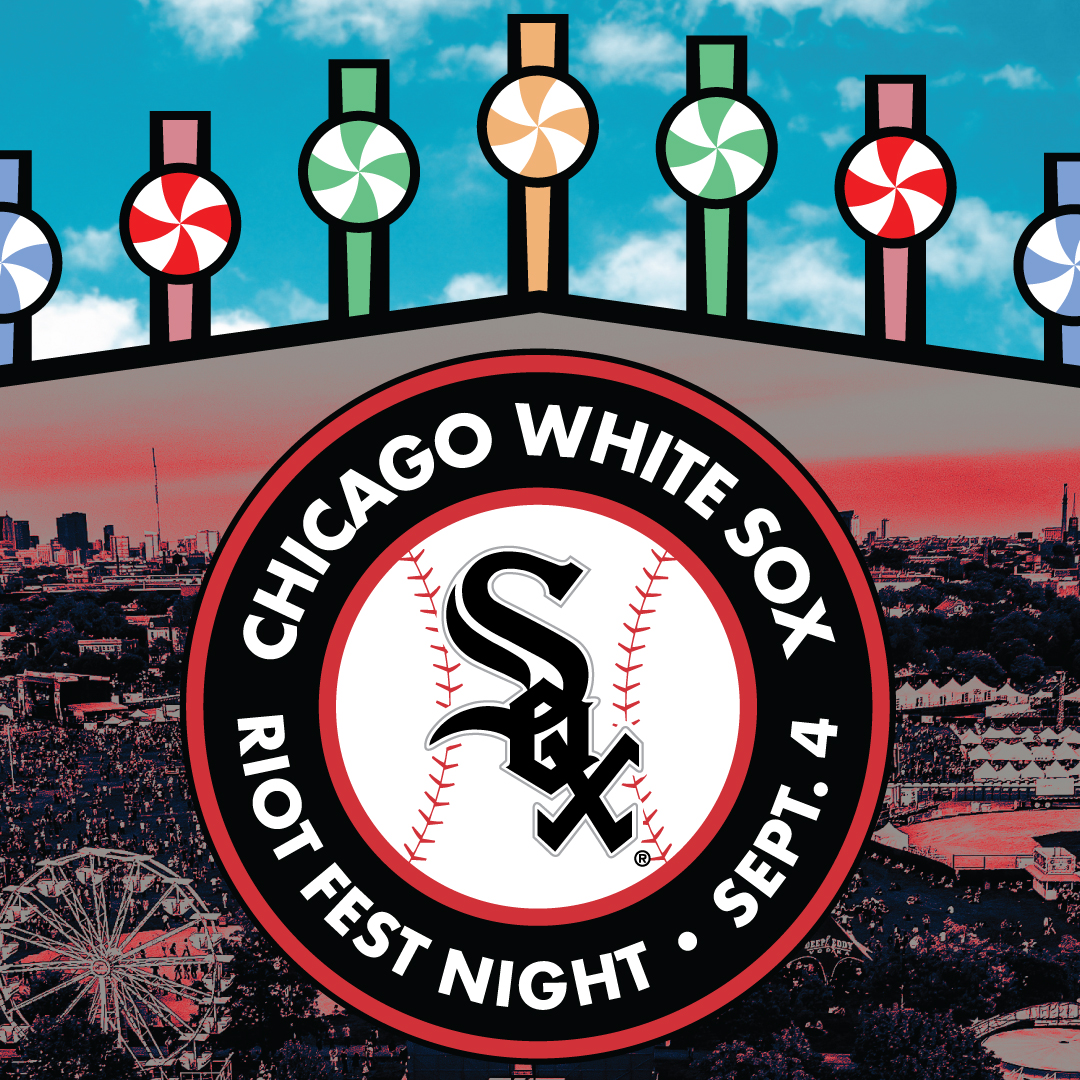 We’ve teamed up with the Chicago White Sox to really knock it out of the park with Riot Fest Night at Guaranteed Rate Field, and we think it’s going to be a big hit.

Come out to the ballpark on Tuesday, September 4 at 7:10 p.m. to watch the Chicago White Sox take on the Detroit Tigers, all while enjoying contests for Riot Fest tickets, music, and more for only $11.20.

You don’t want to drop the ball and miss a great night of baseball, you might even get to first base *wink* *wink*

You heard right, we’re covering all the bases with Riot Fest ticket giveaways:

✶  One lucky row at the game will all win Riot Fest tickets.
✶  Enter our Riot Fest drawing on the concourse.
✶  Catch a home run ball and trade it for a pair of Riot Fest VIP tickets.
✶  The Riot Fest staff will also be accepting bribes in the form of compliments, beer, hot dogs, and consensual back rubs.

So step up to the plate and get your Chicago White Sox tickets now, and we’ll see at the ballpark. In the meantime, take a look at this list of amazing baseball names and nicknames (most of which are just dick jokes).