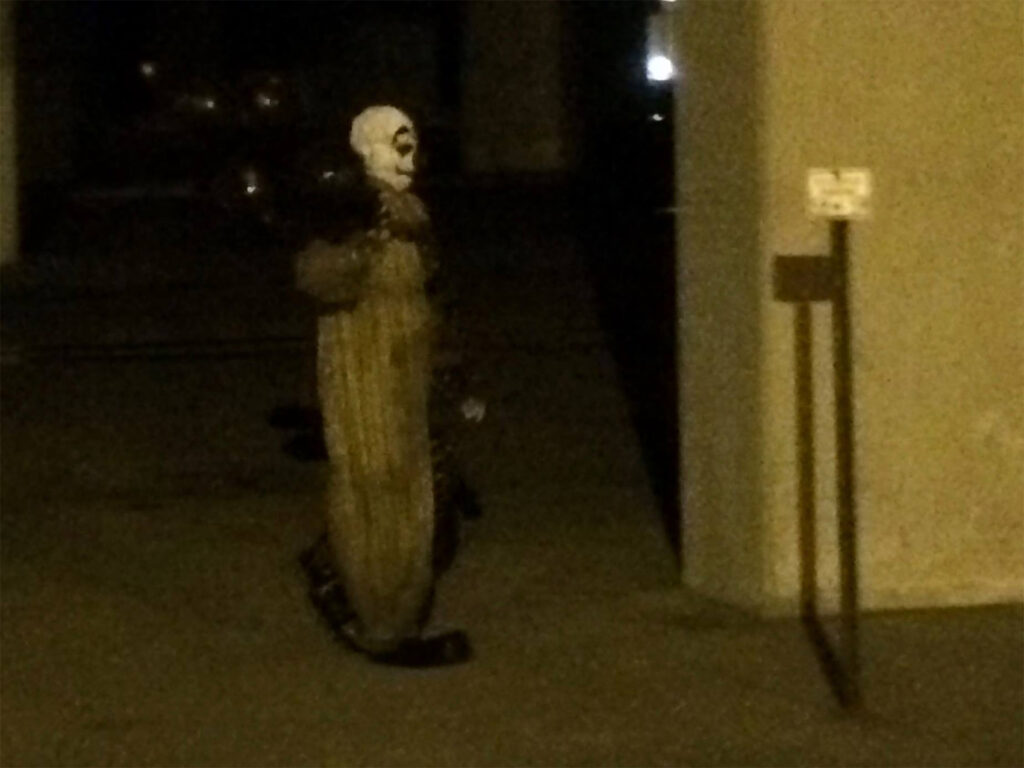 A mysterious clown has been sighted in Green Bay, Wisconsin.

According to a Facebook page that has been tracking the clown it was first sighted on August 1st.

Named “Gags – The Green Bay Clown” the Facebook page has been posting pictures and looking for clues on who or what the clown is.

Green Bay police have received several concerned calls about the appearance of the clown, who is often seen carrying black balloons.

This isn’t the first time a clown has been spotted wandering around at night in odd places. There have been sightings in California, Indiana, New York City, England, France, and Australia.

It’s probably nothing to worry about though. And there definitely isn’t a clown hiding in your house right now. 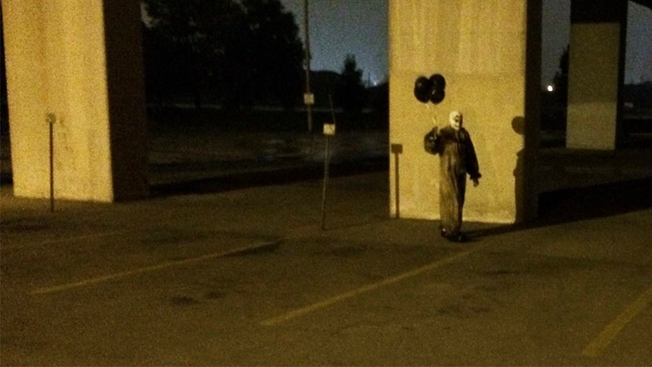