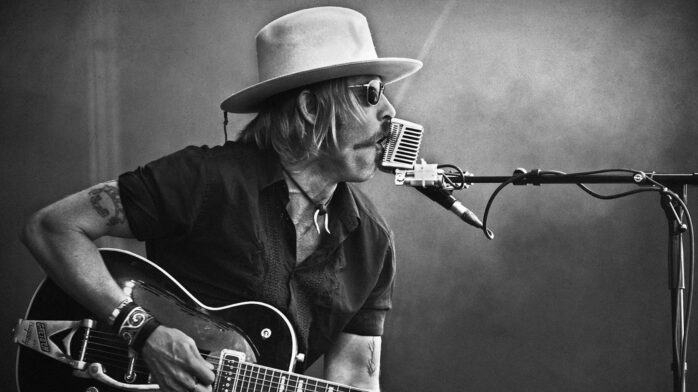 Wovenhand has revealed “The Hired Hand,” the latest single from its upcoming album, Star Treatment.

Those who attended Riot Fest Denver in 2013 might recall Wovenhand’s riveting set just before festival was temporarily evacuated due to a very scary incoming storm (both performance and raging winds captured on video here).

Star Treatment is Wovenhand’s eighth album and first on Sargent House Records (Glitterhouse will distribute it in Europe), and comes on the heels of its critically-acclaimed 2014 album Refactory Obdurate (Deathwish). It was recorded by Sanford Parker in Chicago at Steve Albini’s Electrical Audio and features guitarist Chuck French and bassist Neil Keener (also members of Planes Mistaken For Stars, who will play Riot Fest & Rodeo on September 2), drummer Ordy Garrison, and piano/synth player Matthew Smith.

Check out “The Hired Hand” below. Star Treatment comes out on September 9.