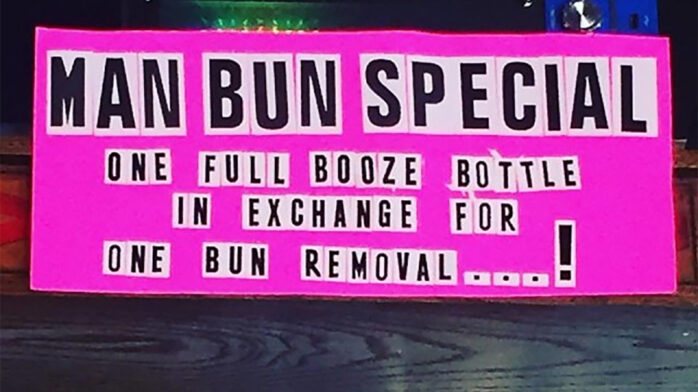 Free Booze If You Cut Off Your Man Bun 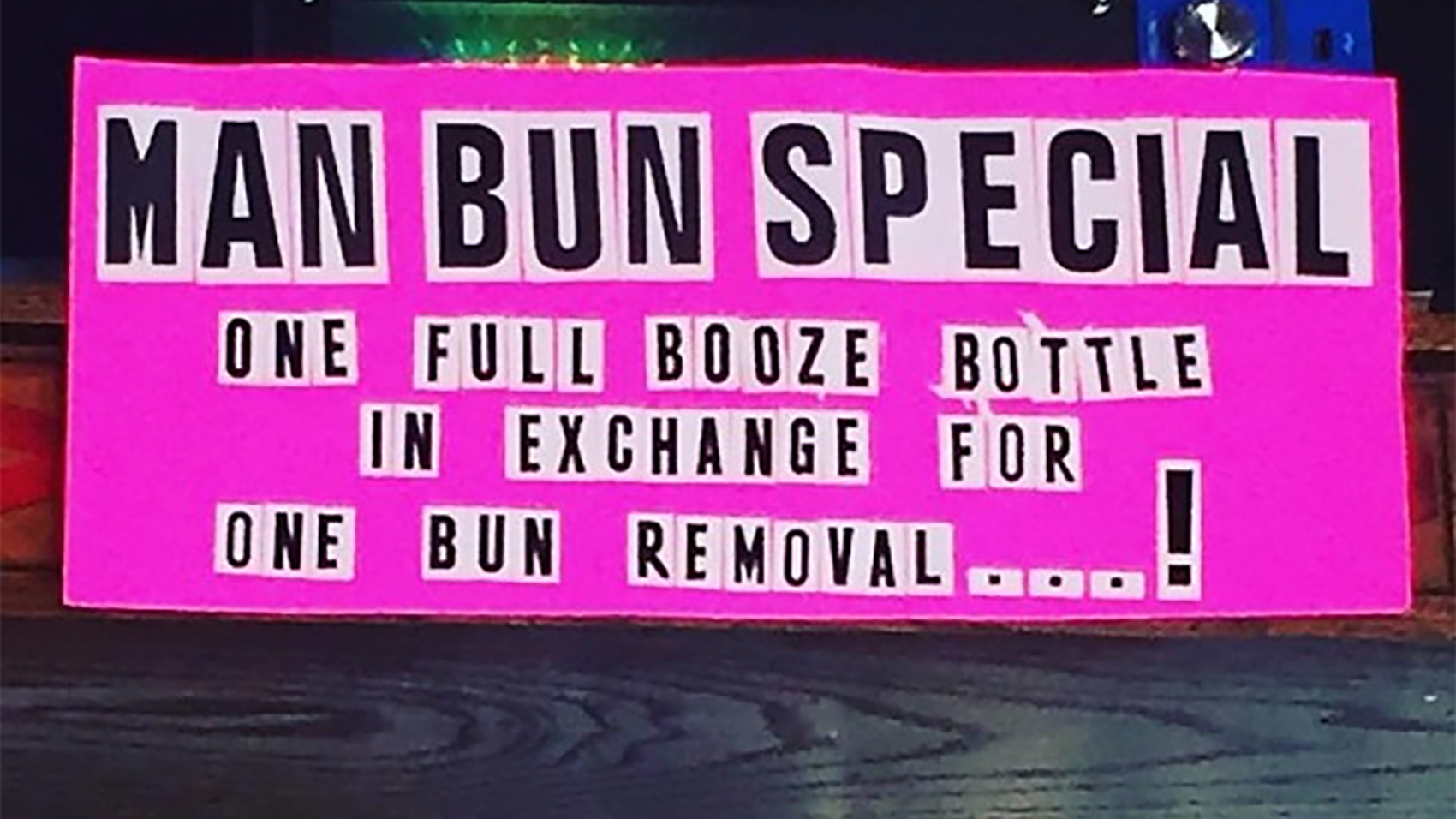 Boobie Trap, a bar in New York City, is offering a “full bottle of booze” to anyone who cuts off their man bun in the bar. They would also “film the amputation and pin the bun up on the wall”.

Kristen North, co-owner of Boobie Trap told Brokelyn, “I don’t think they’re cute and just think I’ve seen way too many of them last season and want to help along a new style sensation.”

The sign was posted after Christmas, but so far, no one has taken them up on the offer.

Boobie Trap also features a “Shitty Yelper of the Month” on their wall, so I kind of think I love them.