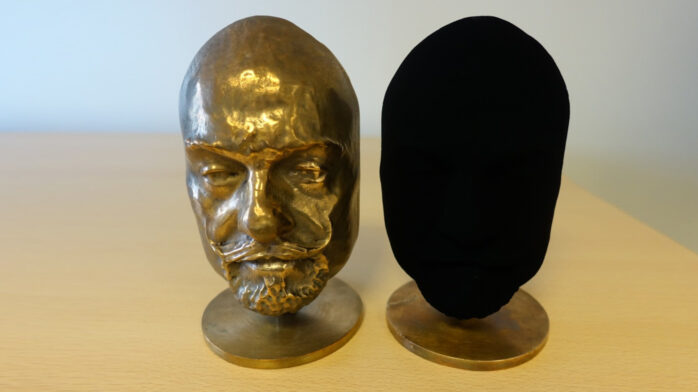 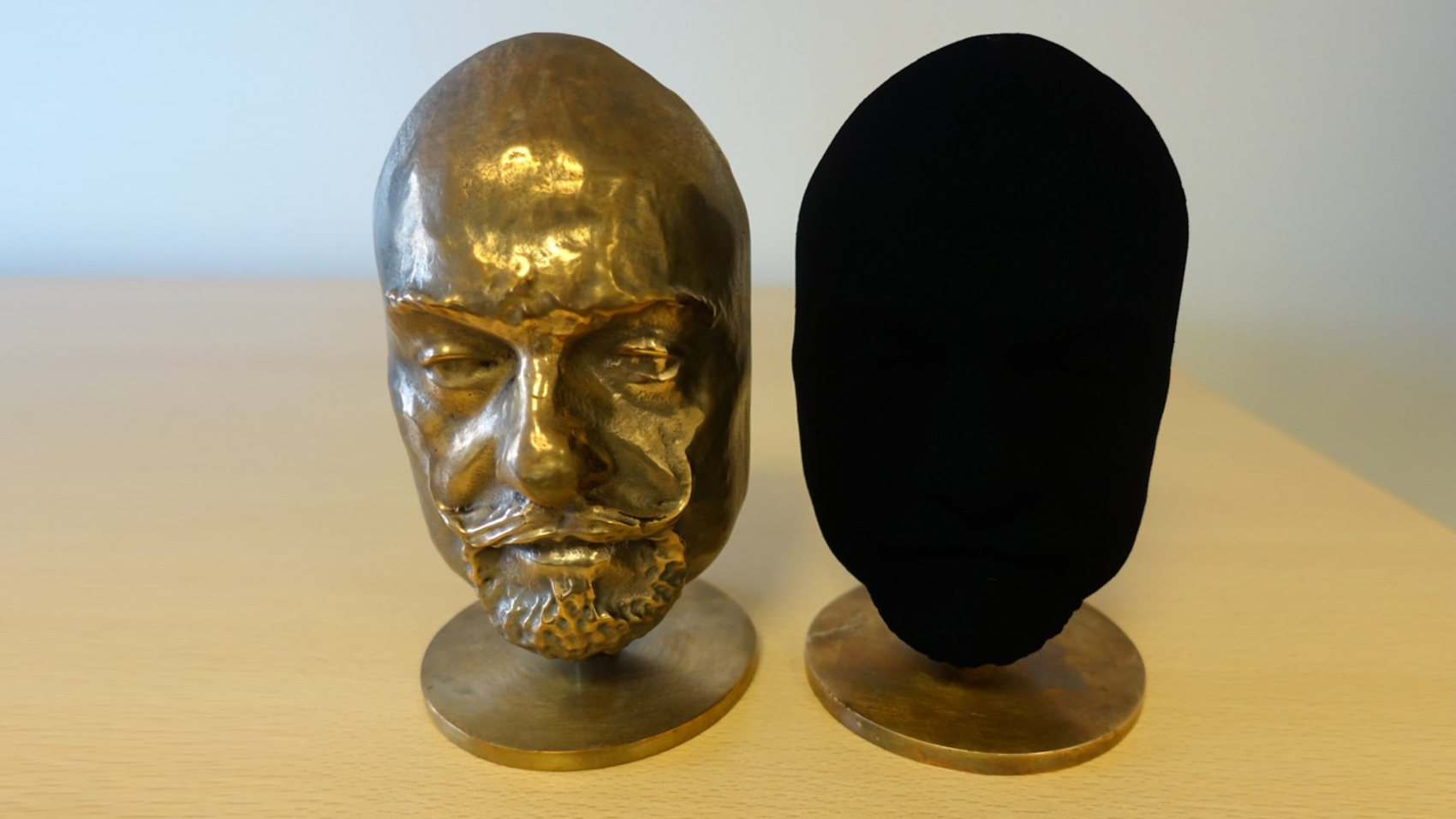 Science has finally created the blackest material known to man, other than my soul.  It is so black that it becomes almost impossible to see surface features, and three-dimensional objects appear to become two-dimensional.

Vantablack is not actually a paint, pigment, or fabric, but a special coating made of vertically aligned carbon nanotubes. Each nanotube in the vantablack forest has a diameter of around 20 nanometres (that’s about 3,500 times smaller than the diameter of the average human hair), and are typically from around 14 microns to 50 microns long. A surface area of 1 cm2 would contain around 1,000 million nanotubes.

Invented in 2014 by a group of researchers in the UK at Surrey NanoSystem, Vantablack absorbs up to 99.965% of radiation in the visible, ultraviolet, and infrared light spectrum. Basically, no spectrometer in the world is able to measure how much light it absorbs.

In order for the human eye to perceive an object, we need some sort of reflected light. Vantablack is so dark that it’s almost impossible for the human brain to even process it.

“The near total lack of reflectance creates an almost perfect black surface. Even running a high power laser pointer across it barely reflects anything back to the viewer,” Surrey NanoSystems explain, “We have never before made a material so ‘black’ that it can’t be picked up on our spectrometers in the infrared.”

“To understand this effect, try to visualize walking through a forest in which the trees are around 3 km tall instead of the usual 10 to 20 meters. It’s easy to imagine just how little light, if any, would reach you.”

Surrey NanoSystems recently created a spray-on version, called Vantablack S-VIS, which allows them to coat almost anything in Vantablack.

Unfortunately Vantablack is not available to the general public as of yet, which is total bullshit. Only verified companies, research facilities, and educational establishments can order Vantablack at this time.