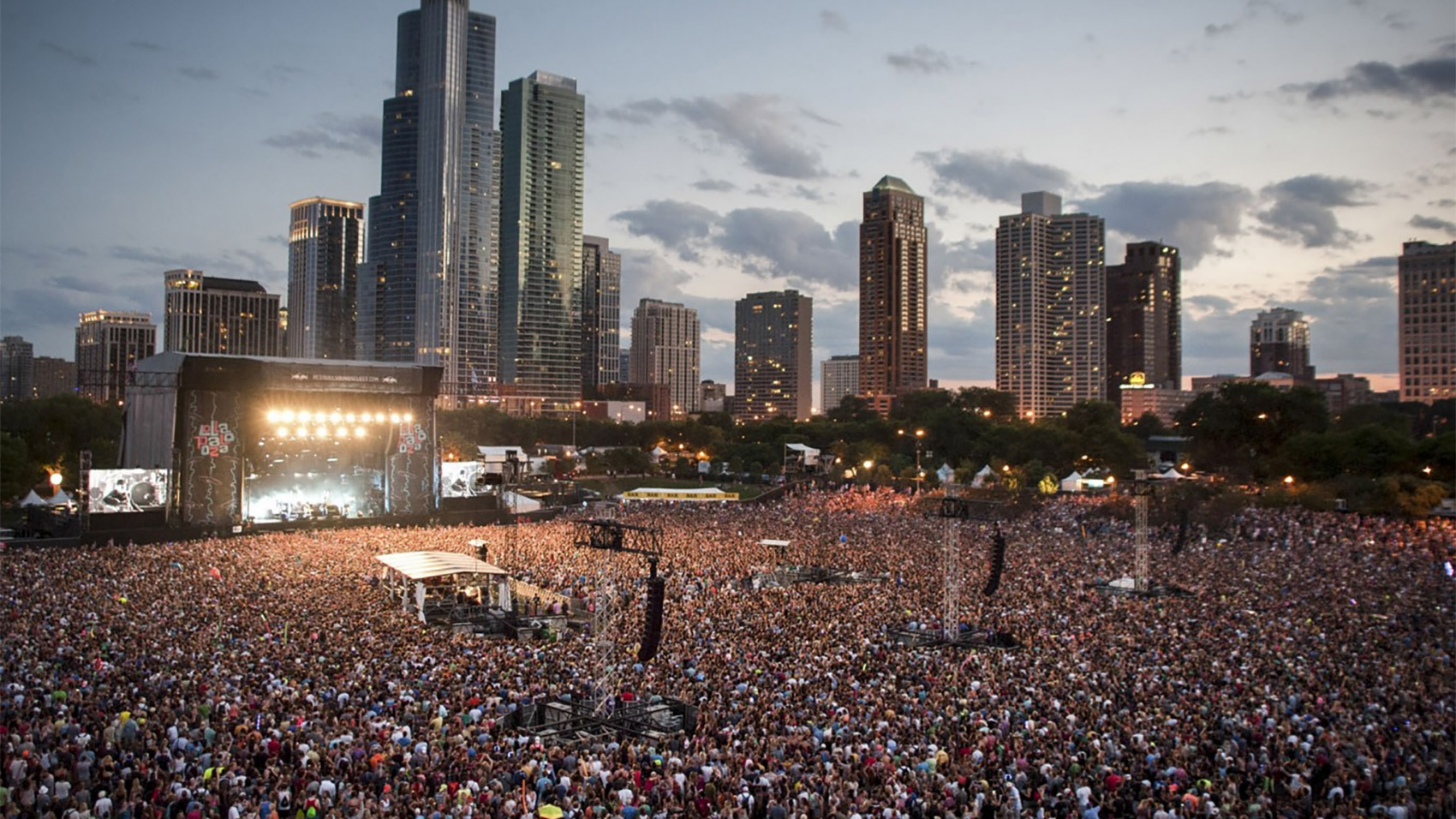 It’s that time of year again. Back for its 13th year in Grant Park, Lollapalooza returns to Chicago this weekend.

And since we here at Riot Fest like music and festivals, we’ll be back too. We took a little time to let you know some of the artists we’re most excited to see this weekend.

So make sure to wear comfortable shoes, wear sunscreen, and drink lots of water.

Personally, I tend to be late a whole lot more often than I am early. But, if you are the prompt type, there will be no better place to be on Thursday at 1 in the afternoon than in front of the Bud Light Stage watching Kevin Devine (and the Goddamn Band, his backing band) kick off the Lollapalooza weekend.

KD tends to fly a bit under the radar compared to some contemporaries, like his buds in Manchester Orchestra and Brand New, but he’s no less prolific. A search into his songwriting repertoire returns nearly 160 credits (not that it’s a competition, but for reference, Brand New’s Jesse Lacey has 56 songs credited to him – including a writing credit on Devine’s “Cotton Crush”). His lyrics are honest and clever, and the music is dynamic in range & style. Really, the tunes speak for themselves and that’s best expressed through the live performance. Check it our for yourself!

Out of the seemingly never-ending stream of commercially successful hip hop artists spilling onto the scene, Chance The Rapper is an anomaly. At 24, he has defied the norms of the music industry refusing to sign to a record or sell a single piece of music and still managed to become one of the biggest names in popular music. But what can I say about Chance’s career that hasn’t been discussed, detailed, or dissected by every music publication on the planet? I’m here to tell you why you should catch his set, anyway!

As a big fan of commercial rap and R&B, I can honestly say that it’s rare that a rapper’s live show does the recorded music justice. I hate watching a rapper, but I love putting on one of their songs that they could literally have downloaded from iTunes and yell along with their recorded vocals in a muffled off key manner. Chance, however, does not do this. His band, The Social Experiment, absolutely rip! And Chance, while he may not be the best singer in the world, is on stage singing with such conviction that his technique is the last thing in the world you’re thinking about.

I’ve seen Chance a few times now. His first festival performance I witnessed at Pitchfork Music Festival 2015 will likely go down as one of the ten best festival sets I’ve ever seen.

Lollapalooza has a lot of incredible artists this year (Kweku Collins, Moose Blood, PUP, Whitney, Mura Masa, et.) but I can’t help but be most excited to see Chicago’s champion, Chance The Rapper.

When Atlanta rapper Killer Mike and Brooklyn rapper-producer El-P released their first album together as Run the Jewels in 2013 it seemed destined, like most of their recent output, for the slightly old, slightly cranky hardcore hip-hop-head demographic that had sustained their lengthy careers through thick and thin. Something about the chemistry between the two veterans resonated, and RTJ has become a cult phenomenon and its fist logo one of the most iconic graphics in modern music. It only takes a few seconds of their explosive live performances to understand why.

Somehow over the past 10 years or so, Spoon has crept up and become one of my favorite bands. This is mostly because their songs and albums are better than most songs and albums that other bands have released.

Their two most recent albums, 2017’s Hot Thoughts and 2014’s They Want My Soul are destined to become indie-rock classics, and their entire back catalog continues to age as finely as frontman Britt Daniel’s raspy croon. At this point, they could play all back-half album tracks and I’d be happy, but their catalog is so rich that their live sets have become a welcome greatest-hits mixtape full of “Oh I know this one!” moments.

Riot Fest alums, PUP, are the best band out of Canada right now. If you disagree, I will politely tell you that you are wrong. I’ve seen PUP four or five times in the past few years, and I’ve never seen a bad show. They play every show like it’s their last. I don’t even know what else to say. Just go see them. You won’t be disappointed. It’s like watching Joe Carter hit a three-run walk-off home run for the Toronto Blue Jays to win the World Series in 1993.

Lorde has always been the center of interesting attention throughout her musical career. Whether it be her clothing or her live performance style, she’s always been one thing: true to herself.

Her most recent album Melodrama tells the story of exactly where she’s at in life and how she feels. Songs like “Green Light, Perfect Places” and “Liability” play tune to the idea that even if others can’t love us the way we deserve to be, we can always learn to love ourselves first. It’s a kind of an adult coming-of-age album and I personally think every song is a certified bop.

I still won’t be in the country to see her set, but as I’m about to climb this terrifying, bigass waterfall I’ve got “Green Light” blasting in my headphones. So if I die here, at least catch her performance in memoriam of me.

Well, I’m not going to Lollapalooza because #ifuckinghatecrowds (see photo), but I AM going to the Sylvan Esso after show at Thalia Hall on Friday. Super stoked for this one. Not my first time seeing this duo, but I’ve been obsessed with their second album, What Now, since it came out back in April. I still can’t get over the marriage of Amelia’s gorgeous, raw voice, rooted in folk, and Nick’s easy, complex-but-never-cluttered, electronic beats, both of which move my body from the inside out. Gah, I can’t wait. Their music is clever and beautiful and funny and moving and it may not be for you, but it is most certainly for me. Check out their video for “Die Young” below, a snarky little love song about rearranging plans for a premature death to accommodate a promising relationship. It’s like a beautiful, sassy eye-roll. My favorite.

I’d go see Jesse Malin at Lolla, not because we were neighbors for a few years and it’s important to support your friends (are you listening, kids?). There’s no quid pro quo that finds me on the hook for all the drinks and cheeseburgers and friendly advice he shared with me back then. It’s a show I’ve seen many times, would it be worth the schlep? Well, Jesse’s going to bring his usual A-game of all A-games to the Lolla stage, using a tight-ass band of smokin’ cats to subtly give a middle finger to that Squinty Zone curse. He’ll show those pesky EDM kids how rock ‘n roll is done, while showing me the proper way to be a crotchety old fart. Plus, he’d probably let me raid his dressing room beers. Is the guest list full?

I had Cheshire Cat by Blink-182 on repeat in middle school and high school; its still one of my favorite pop punk records. Now with the addition of Matt Skiba it’s one of those bands I’ll always love.