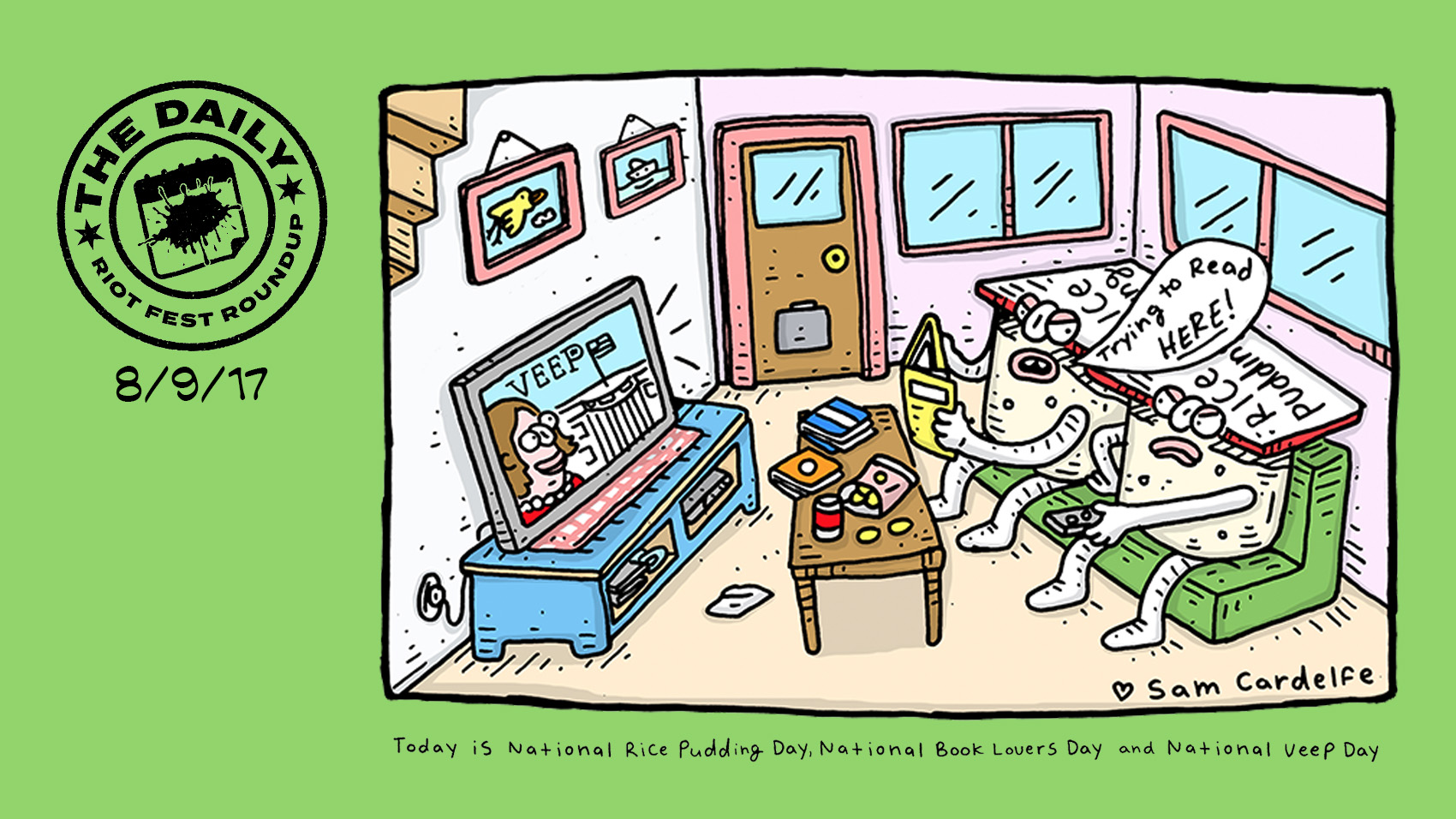 King of the Hill could be coming back?! The Hollywood Reporter is reporting that the suits over at Fox had a “preliminary conversations” with King of the Hill co-creators Greg Daniels and Mike Judge about bringing Hank, Boomhauer, Dale, Bobby, and the art of propane back into your homes. They go on to explain that it was one conversation a few months ago, and that they haven’t discussed it since, but we’re just gonna sit here and wait with bated breath…

Josh Homme from Queens of the Stone Age and comedian and QOTSA-superfan Rob Delaney recently had a chat about various topics such as having kids, George Carlin, The Handmaid’s Tale, and of course, ZZ Top. Thankfully, Noisey was there, cameras in hand…

Iconic American musician Glen Campbell passed away yesterday, at the tender age of 81 years young. In addition to writing and recording a shitload of hits throughout the ’60s and ’70s (such as “Rhinestone Cowboy”), Campbell released more than 70 albums and sold over 45 million copies of said albums, earning 12 RIAA gold albums, four platinum albums, and one double-platinum album along the way. He made history in 1967 by winning four Grammys! However, some of you may just remember him for covering Green Day, and that’s totally fine. Glen, we hope you had the time of your life…

GWAR has announced a release date for The Blood of Gods, the adult-contemporary group’s first album since the passing of singer Oderus Urungus (AKA Dave Brockie). The Blood of Gods will spill on October 20th, thanks to Metal Blade Records. If you don’t buy this record, GWAR will most likely murder you.

Are you following Dr. Madd Vibe & The Missing Links on Facebook yet? It’s one of Fishbone frontman Angelo Moore’s other bands, and they do Facebook Live streams often. The next one is tonight at 11:00p CDT, so get on board the Madd Vibe train!

There’s a new video from The New Pornographers over at Stereogum. Check out the moving clip for the title track from the band’s new album, Whiteout Conditions, available now.

Worriers announced a new album and what they’re doing with some of that pre-order dough:

$1 from every pre-order will go to HAMS, a support & informational group focused on harm reduction for alcohol. 💜 https://t.co/VBWnPRCHDe

At the Drive In got themselves a merch sale going on:

The Hotelier is piggybacking on a few dates of Citizen’s headlining tour:

On their upcoming tour, the artist is performing these shows in Atlanta and Dallas respectively. Official merchandising will be sold.
-MGMT pic.twitter.com/gX1GyfBwBn

You have to read this Sidekicks tweet a few times to get it.

a good pro wrestler name would b ‘Helen Back’

So that means that your next gig is at Riot Fest, Tom Morrello?

Be a real friend and let Real Friends know what you think.

Thinkin about doing some more acoustic videos like this one. What songs should we do? // https://t.co/mhP75t8cOm