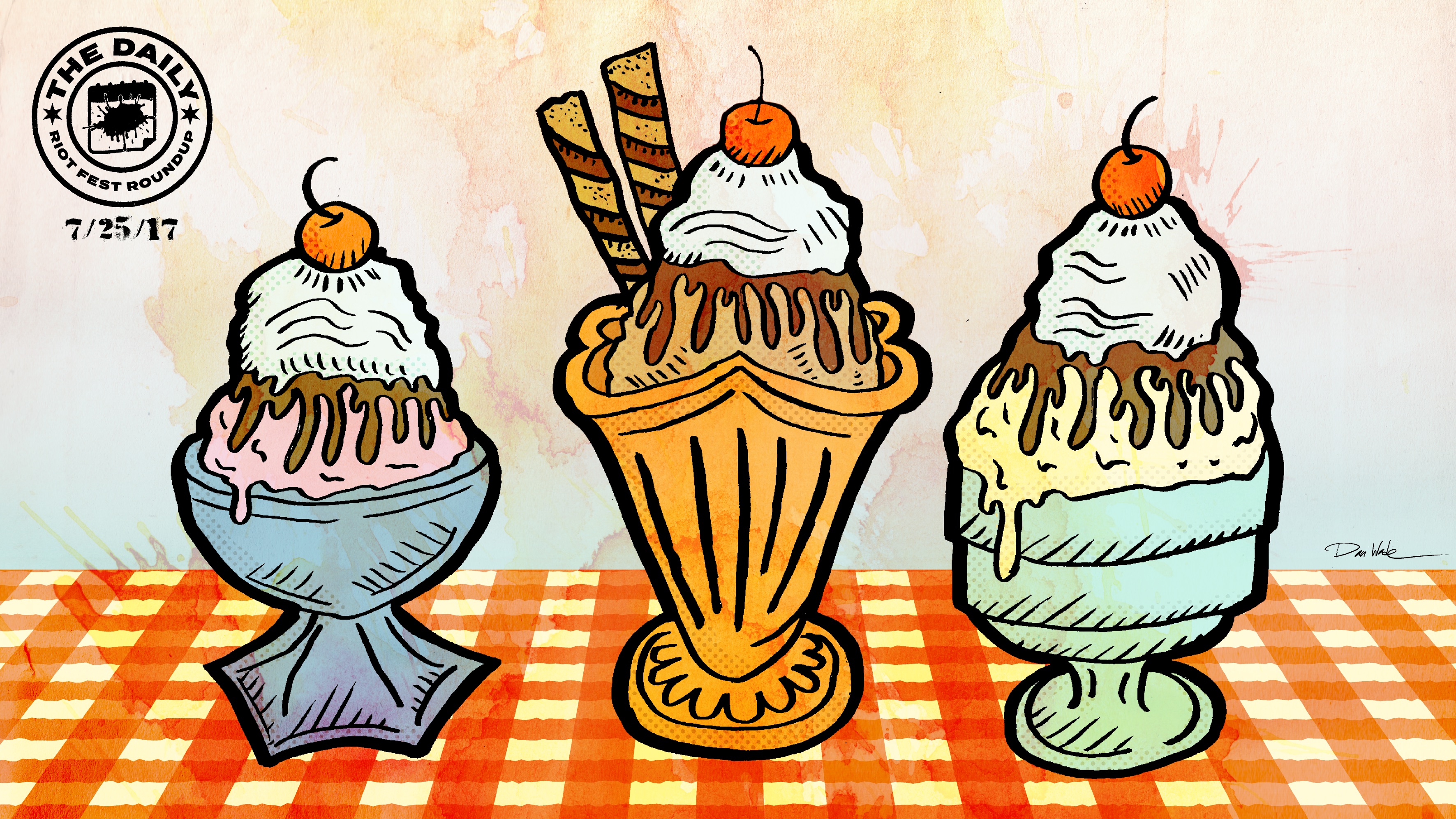 Buckle up: Circa Survive and Thrice have just announced a fall co-headline tour that kicks off in LA in November. The pair will metaphorically burn down Chicago’s Aragon Ballroom on Thursday, December 7th, with support from Balance & Composure.

Presale for the Chicago show is this Thursday, July 27th at 10AM CDT, password will be “TOUR” when you go to pick up those tickets right here. Once those are sold out, the rest of the tickets will be available for purchase at that same link this Friday, July 28th at 12PM CDT.

Circa Survive also announced a new album! The Amulet comes out September 22nd on Hopeless Records. Check out the new album cover art, then wait 30 minutes before jumping into the pool, as to avoid getting cramps. 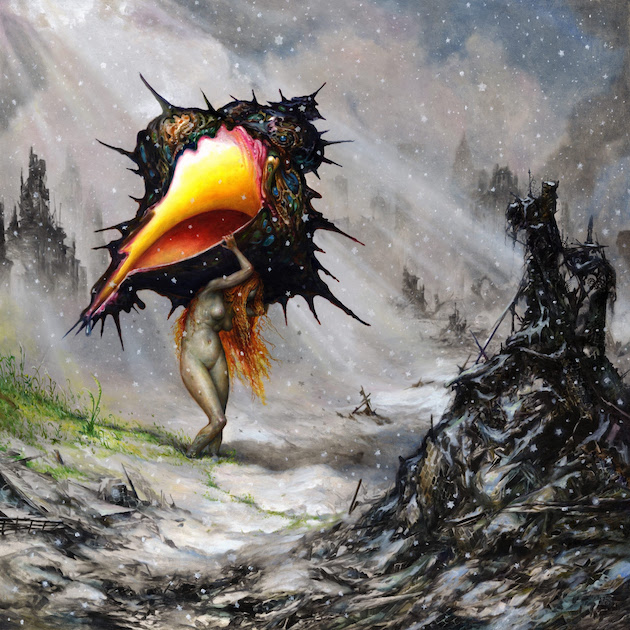 Need further proof that Circa Survive didn’t come here to fuck around, people? Then we’ll see your album artwork, and raise you one new music video! “Lustration” kicks off The Amulet, and it comes to life right here:

The Village Voice published a nice feature on Trent Reznor and Nine Inch Nails, in the vicinity of the band’s headline set at L.A.’s hip-AF FYF Fest. Our favorite bit is when Reznor starts talking about the joys (or lack thereof) of closing large music festivals:

Those included a headlining slot July 23 at FYF in L.A., where NIN — as an act “in the dying genre and the oldest people on the bill” — played what Reznor calls “the Chili Peppers slot”: Sunday night, 10:45; and at Panorama, where he is set to take the stage at a similar hour on July 30. “I know what I’m doing at that point in a festival. I’m thinking” — the singer mimes looking at his watch — “ ‘If I leave now, I can miss traffic.’ Nobody wants that. I mean, it’s an honor to be asked to do it, but it’s a pretty immediate mirror to find out where you’re at.” 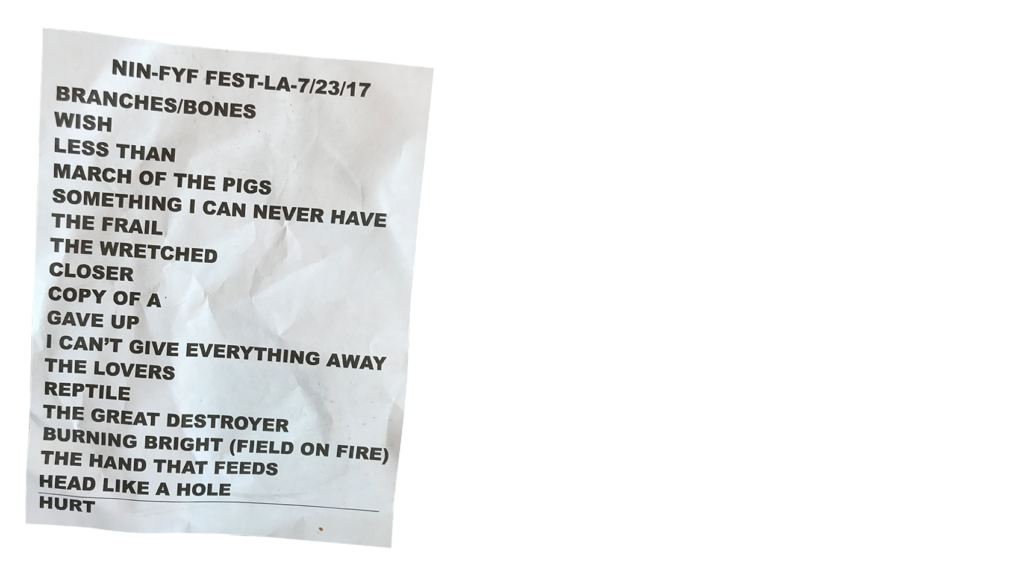 Hundred Suns is Cory Brandan (Norma Jean), drummer Ryan Leger (Every Time I Die) and guitarist Chris LeMasters (Dead & Divine). They are playing Chicago’s Township on August 18th with Sunndrug and Endostalgia. You can even buy tickets to attend this show if you click here.

This isn’t the news flash though. The news is that Hundred Suns just released a new video for “Amaranthine,” from their new album The Prestaliis, which comes out on August 11th on New Damage Records. Proceeds for this single will be donated to THORN, an organization that focuses primarily on preventing the sexual exploitation of children

Justin Bieber has canceled his Purpose world tour, which was supposed to be the tour that put Vic Mensa in front of stadium crowds. Mr. Bieber’s reasoning for canceling the tour is that he is “just over it,” which is totally understandable. We’ve all been there, Biebs.

If you’re looking for a shoulder to cry on, Grayscale has one for you:

White Reaper is The World’s Best American Band. It’s pretty true, and not just a catchy album title. See for yourself in this new video.

Jack Grisham from T.S.O.L. went record shopping at Amoeba in Los Angeles recently, and those nosey goofballs filmed him shopping and then starting prying as to the contents of his shopping bag. Man, the paparazzi in LA will stop at nothing! They’re insatiable! Get your T.S.O.L. scoops some other way, TMZ! Let a man shop!!

If you’re like us, and you want to see the Descendents play with Audacity at House of Vans Brooklyn on August 3rd FOR FREE, then you better hurry up and get on it here. You snooze, you lose, pud.

Don’t worry, Smith Street Band, we hear this happens to the Kardashians all the time. Just another perk of being famous — you become an Amateur photographer. With a capital “A.”

The Hotelier has spoken.

All music is either hair metal or butt rock. Choose your alliance.

Real Friends are on the way to Australia. Or are almost there. Or are there? Or are they?

The new @NINEINCHNAILS
EP is

As we mentioned yesterday, Pussy Riot’s got a Kickstarter to fund a rad new show that dramatizes the group’s well-documented troubles that arose from their state smashing. DO IT.

can you plz kindly consider to support our political immersive project? more info – at our kickstarter page 🙂 https://t.co/hNFPqQIPmX pic.twitter.com/pbEJmqli3x