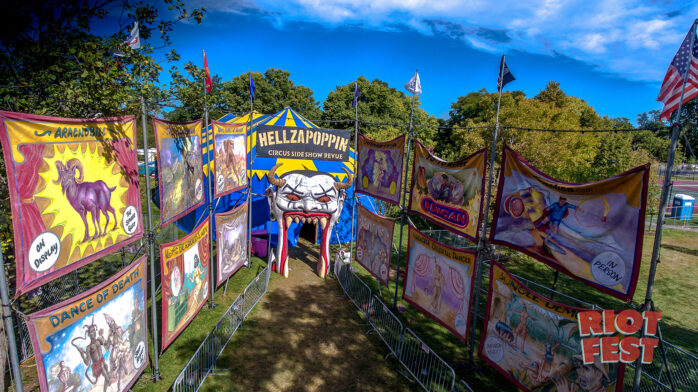 What the Heck Should I Not Miss At Riot Fest? 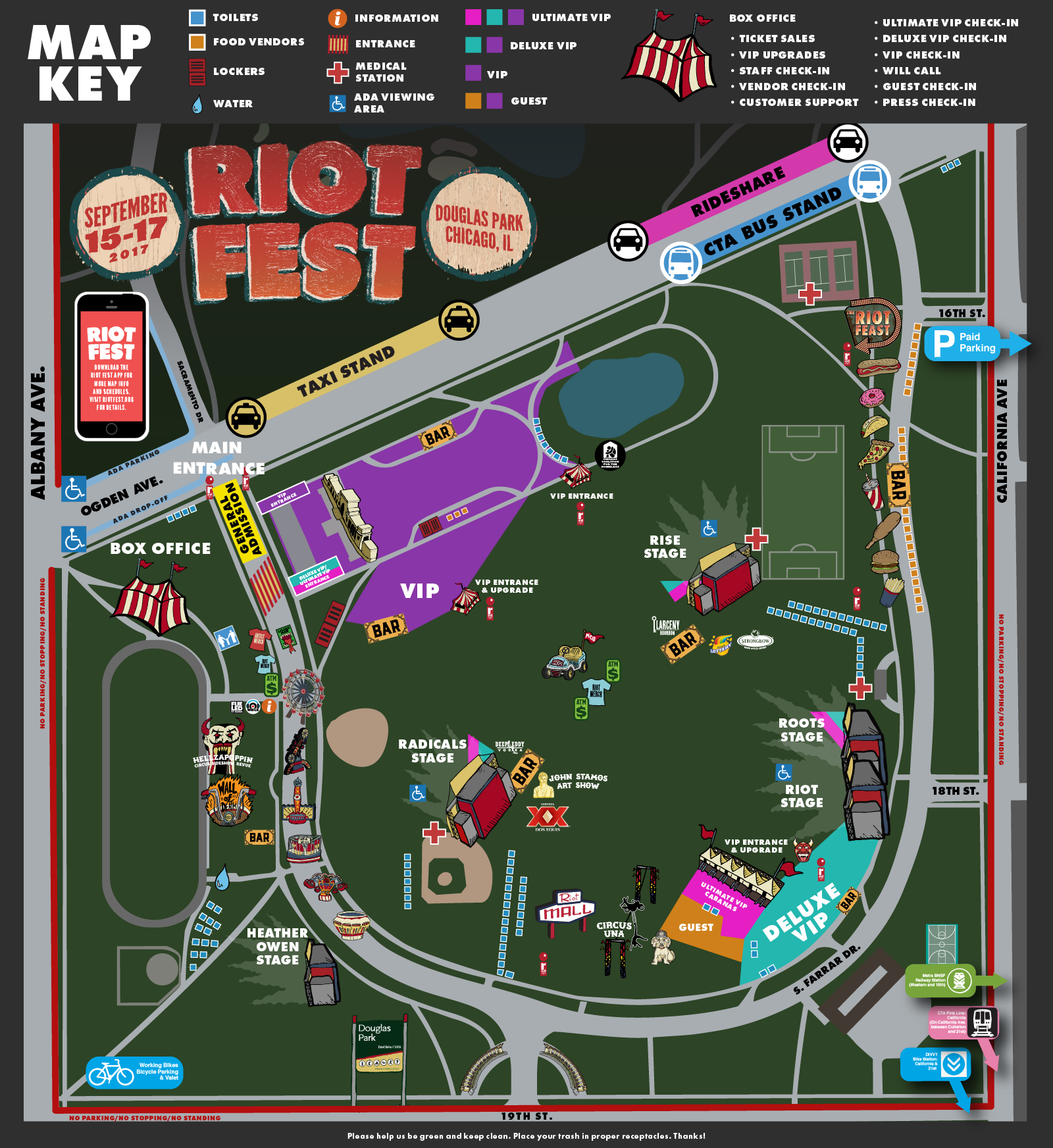 As the old saying goes, “man, woman, and gender nonconforming individuals cannot live on back-to-back to back live music sets alone.” We know you love us for the talent that we bring to the stage in Douglas Park, but we that’s not all we have to offer. If you need to take a break from the tunes, we’ve got you covered with everything from death-defying half-men to soul-satisfying grub. Here’s a complete guide to everything Riot Fest-related happening this week that’s not on our main schedule.

Circuses are rare these days, and circus sideshows are even rarer. In fact, one of the only places you can reliably catch a sideshow these days is on the grounds of Riot Fest, where for the past five years we’ve hosted the delightfully disturbing Hellzapoppin Circus Sideshow Review. If checking out a dude with no legs and/or watching a guy take an electric drill to the face is your idea of a good time, you’re going to be very happy.

“Mall punk” may be an insult, but a punk mall? That’s a whole different thing. Spiky retail therapy awaits you in our area devoted to independent artisans.

Everyone likes a free treat, and our partners will be hooking you up with all kinds of swag at their booths located around the festival grounds. Stop by the Fueled By Ramen booth in the Riot Mall, where they’re giving away free enamel pins and totes, or hit up the Chicago Reader to check out all of this week’s Riot Fest coverage, which happens include a nice lil’ bit about a certain very cool and good-looking online music magazine.

We can all agree that art is pretty great, and also that art is even better when it involves depictions of perfectly coiffed television icon John Stamos–that’s why unlike other festivals, our art exhibit is one hundred percent Stamos-themed. Have mercy! 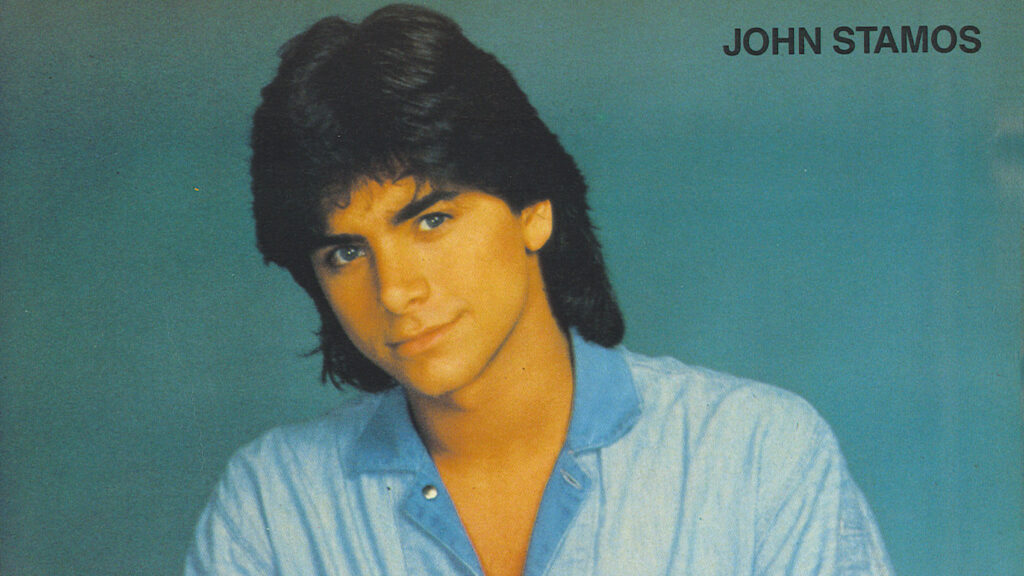 If you haven’t made it out to our pop-up restaurant, The Riot Feast, you’re not only missing out on some great puns, but some great food as well. Lucky for you we’ll be serving up favorites such as the Hot Dog In A Hallway (AKA gourmet corn dog) at Riot Feast booths in the vending area and the VIP section, for newbs and Riot Feasters looking for another round.

Before he passed away unexpectedly last year, Riot Fest partner Sean McKeough touched the lives of untold music fans in Chicago and beyond. You can pay your respects—or just say thanks for the good times that his tireless work made possible—at a memorial that features the avid car collector’s most beloved (and unlikely) favorite form of transportation this time of year. 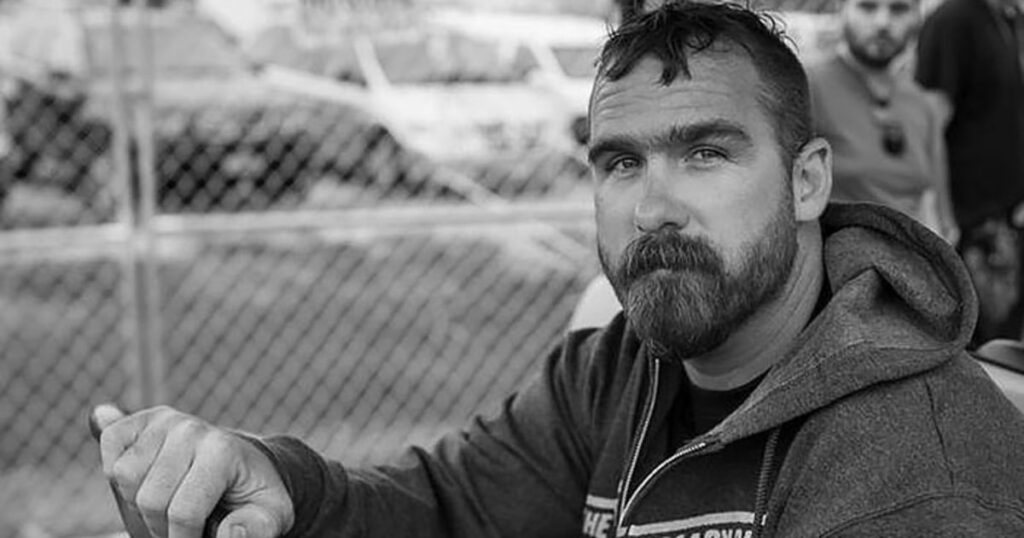 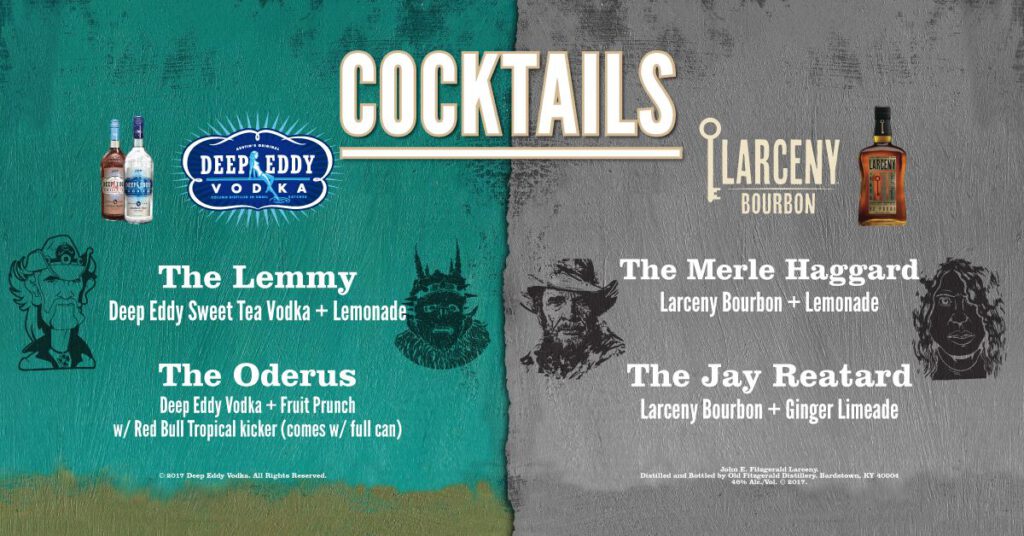 If 30 hours of nonstop live music over three days isn’t enough live music for you, a bunch of Riot Fest performers will be taking the show indoors for our series of late night concerts. If that’s not enough to satisfy your live music jones you’ve got a (very fun) problem.

If 30 hours of nonstop live music over three days is enough live music for you, head on over to The Riot Feast each night. At 10:00pm each night, shit gets weird. Tonight is Emo Karaoke, Friday we have the Nothing More album release party with the band DJing, State Champs are the guest DJs on Saturday night, Andrew W.K. keeps the party alive on Sunday, and then nurse your hangover Monday at 7:00pm with a screening of Don’t Break Down: A Film About Jawbreaker.