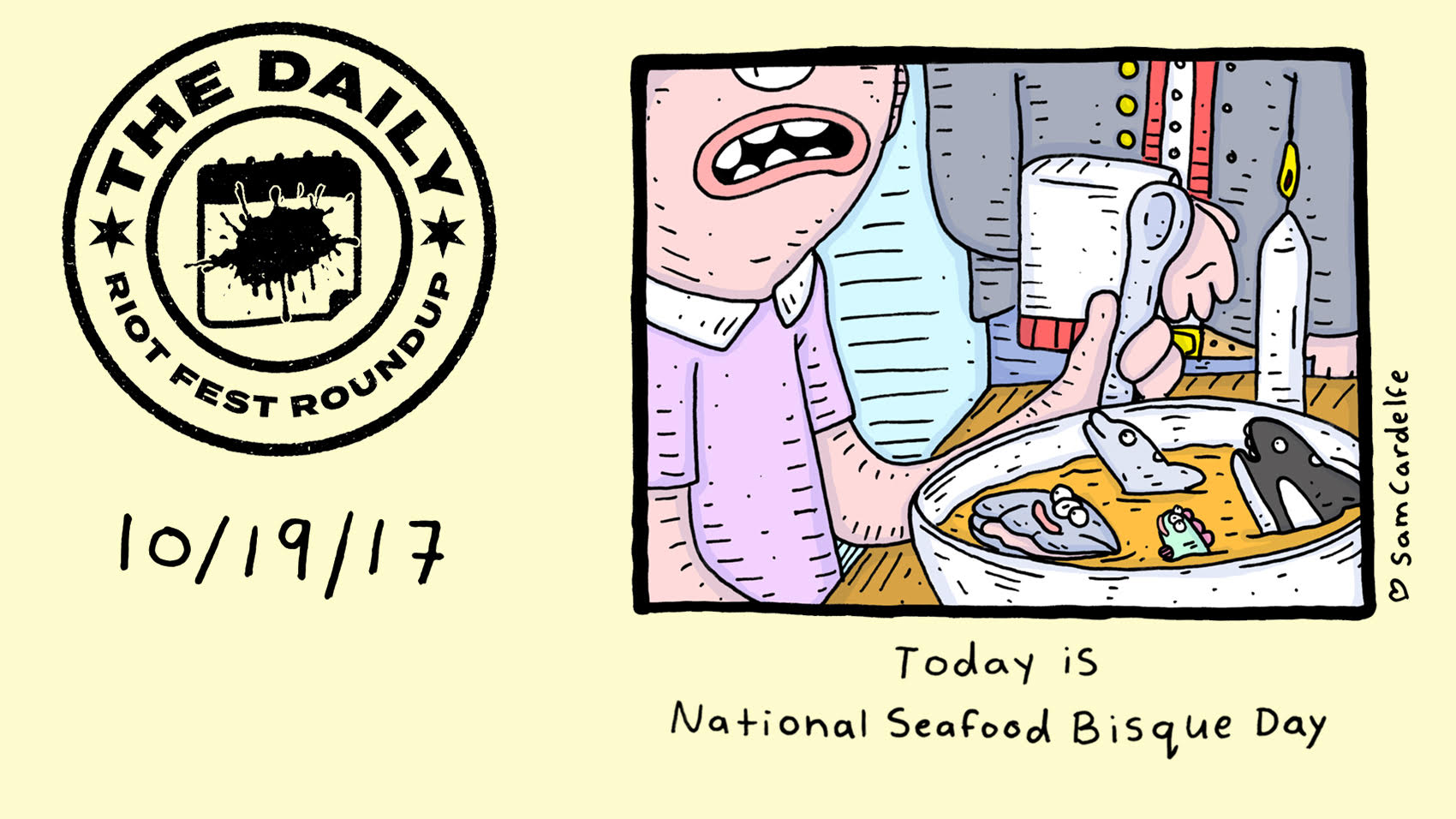 The Legend of The Seagullmen, a “wacky nautical-themed supergroup” featuring Mastodon frontman Brent Hinds and Tool drummer Danny Carey, as well as OFF!’s Dimitri Coats and movie director Jimmy Hayward (Horton Hears a Who, Jonah Hex), who serves as the project’s producer, will be making their live debut in Oakland on New Year’s Eve at Primus’ annual New Year’s Eve concert.

If dolphins had thumbs, they would probably destroy us all.

QUIET SLANG | FULL EP STREAM 💛💐@consequence, thank you so much for all of this.https://t.co/AK0jJ9EJDg pic.twitter.com/SI0cWbM60f

Nothing Gold Can Stay released TODAY in 1999!

Nothing Gold Can Stay was released on this day in 1999. #tbt https://t.co/WnPnlPOSQD pic.twitter.com/QUM5NUXeMg

Minus the Bear might be hitting your town! Details:

Many THS schemes dreamed up at HiFi, some even worked out. Mike and HiFi hugely important to the band- even employed one of us. Sad news. https://t.co/Le89ZdF3GQ