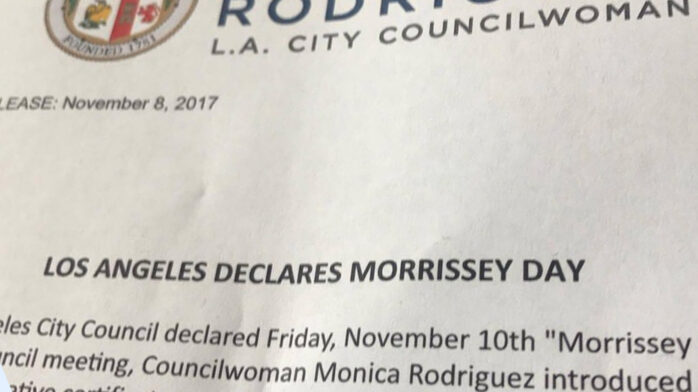 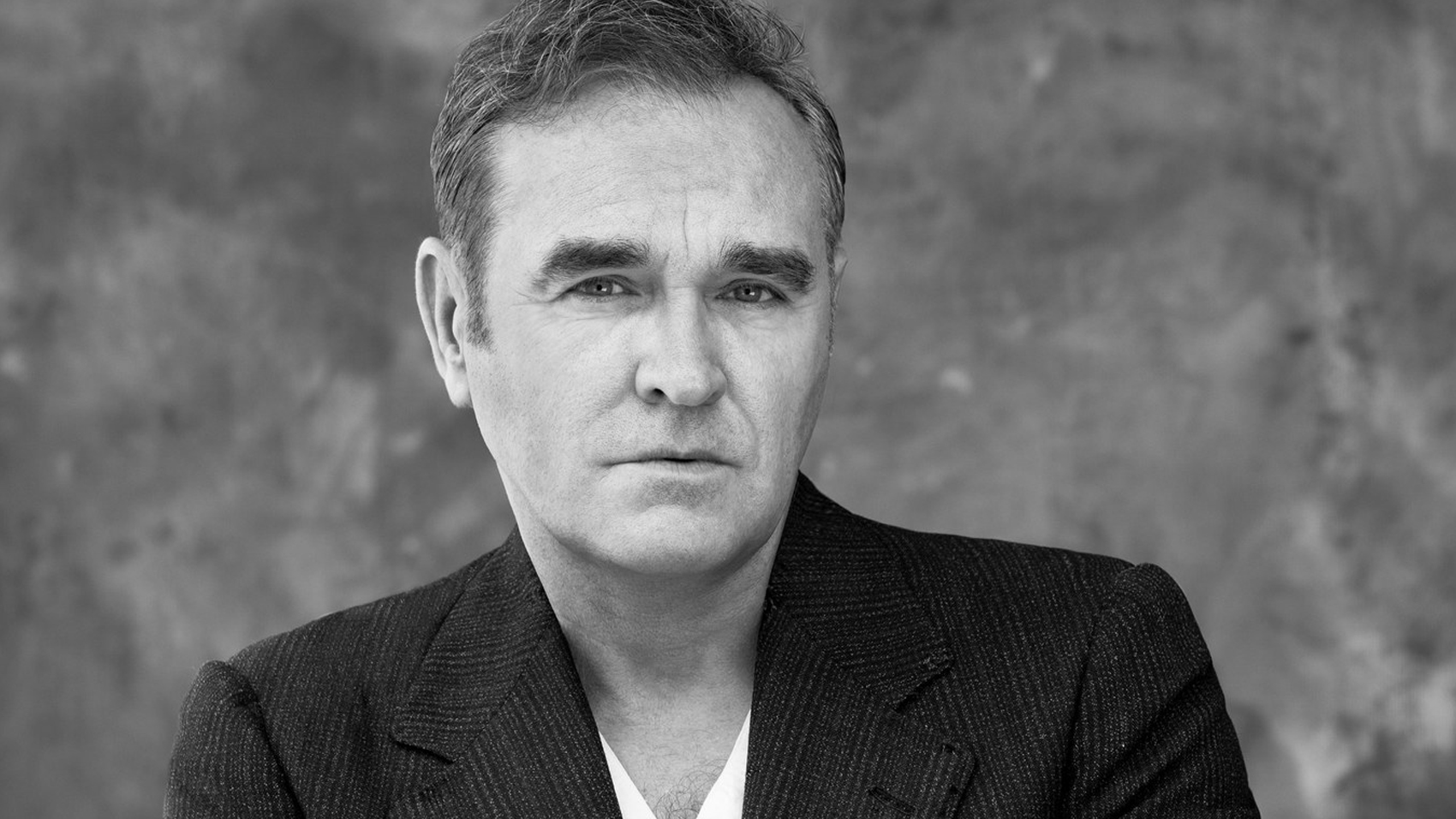 In a statement yesterday, Councilwoman Monica Rodriguez said, “Morrissey Day honors the man who put the ‘M’ in Moz Angeles, an icon whose music continues to touch and uplift countless people across the globe. Morrissey uses his voice to raise awareness for many social issues while ‘in his own strange way,’ always staying true to his fans.” 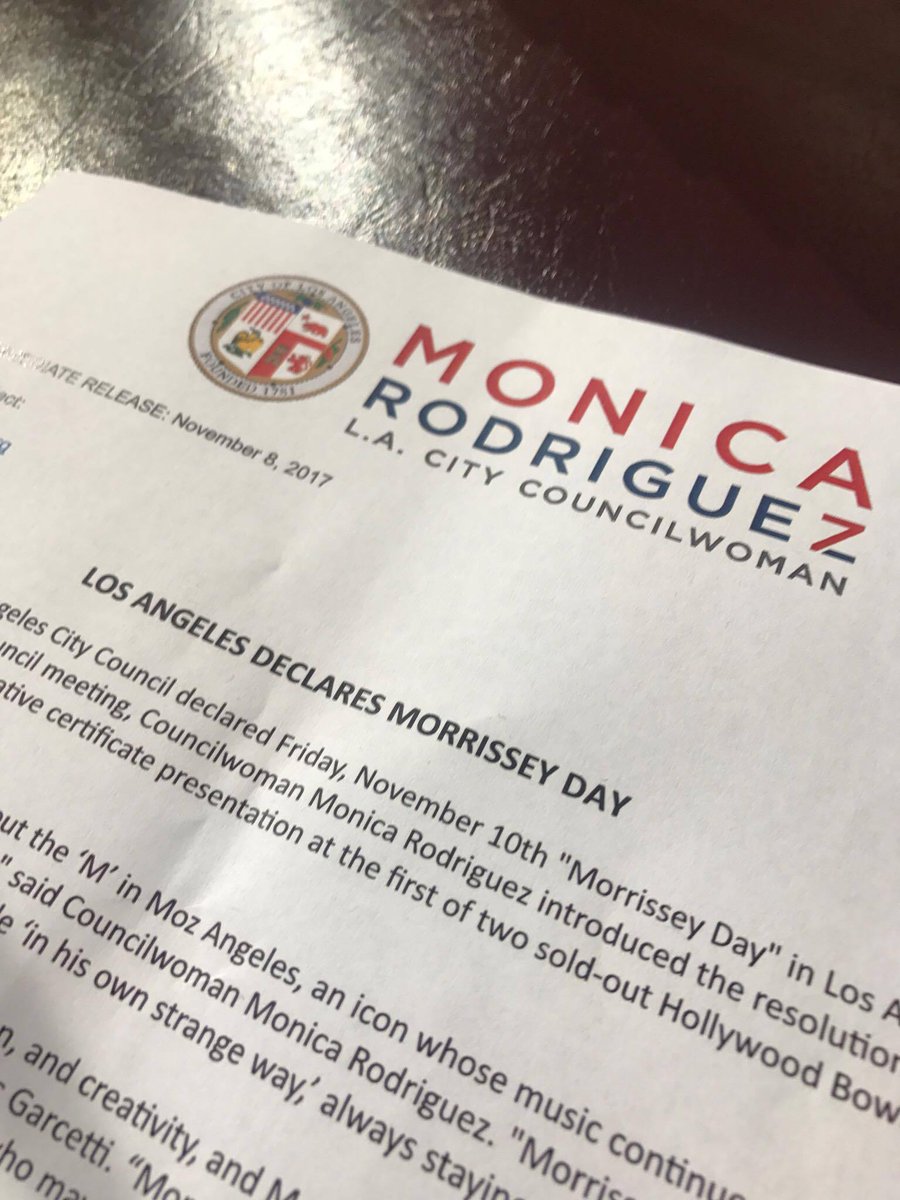 Mayor Eric Garcetti added, “Los Angeles embraces individuality, compassion, and creativity, and Morrissey expresses those values in a way that moves Angelenos of all age. Morrissey Day celebrates an artist whose music has captivated and inspired generations of people who may not always fit in — because they were born to stand out.”

Morrissey is scheduled to perform at the Hollywood Bowl on November 10th and 11th where the menus have all been changed and will only sell vegetarian food.