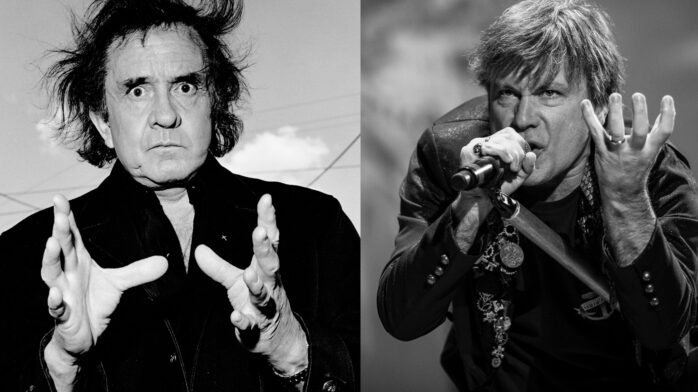 That One Time Johnny Cash Asked Bruce Dickinson For An Autograph

Dickinson’s new autobiography, “What Does This Button Do?”, talks about 40 years of being in one of the most influential rock bands of all time as well as stories of the road and a story of meeting Johnny Cash in Toronto.

“It was very brief and really quite awe inspiring. Because I’ve always admired Johnny Cash… I love him because he’s got this rebellious maverick thing going on with him. I met him a long time ago… in Toronto when he and his band came and they were sitting, watching us do a soundcheck.

“And he came backstage after we finished. And I’m not exactly the world’s tallest guy. I’m like 5’6” and a half – and make sure you get the half in, you know? And Johnny Cash, I’m not even going to guess, but as far as I know, it was a lamp post that came in dressed in a coat.

“This was like meeting John Wayne… Just wow. And he was just the most charming, quietly spoken guy… He said, ‘Hi, My name is Johnny Cash… Look, can you sign an autograph for my daughter? She’s a big fan.’ So I went, ‘Yeah, of course.’ And that was it! But, he was fantastic… and exactly what a legend should be.”

bruce dickinson iron maiden johnny cash what does this button do