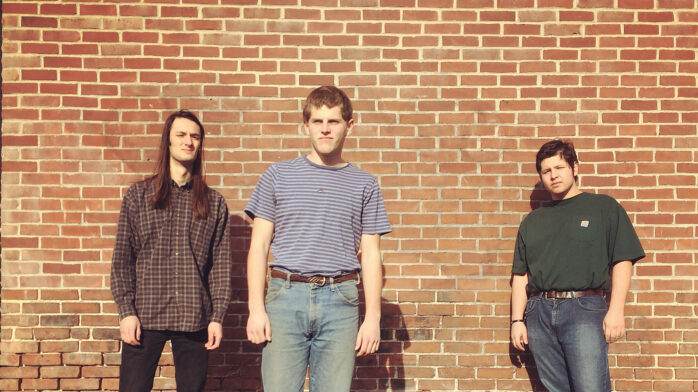 Here’s the Premiere of A Song By A Band You’ve Probably Never Heard Of Yet, Datenight

Datenight consists of three Nashville kids who like to play music together and try to stay away from Instagram. They live with their parents and work at pizza joints. Their singer wears the same thing every day. They like to ride around the neighborhood on bikes and skateboards, and run away from the cops when they’re caught sneaking beers into the park late at night. Bass player Isaac Talbot is late to band practice, drummer Thomas Borelli hangs out with his family’s dogs, and singer/guitarist Grayton Green forgets to clean his room. Their press release calls them “the real deal” — and by that, they claim to mean that the band writes really good songs, play very wild live shows, and they have fun doing it.

We’ll let you be the judge of that, because just like other bands who play music together, Datenight is premiering a song via RiotFest.org today.

Check out “No Lines,” a scuzzy, no-bullshit lo-fi track that previews Comin’ Atcha 100MPH, which is an entire album of these things that comes out on February 23 via Drop Medium Records.

RIYL: Reatards, The Clean, The Marked Men, The Replacements, B Boys, The Spits