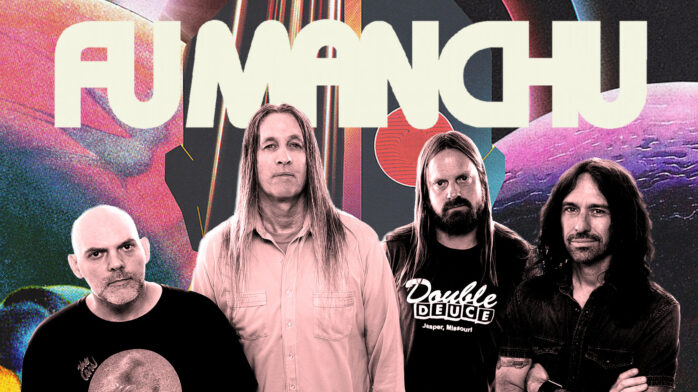 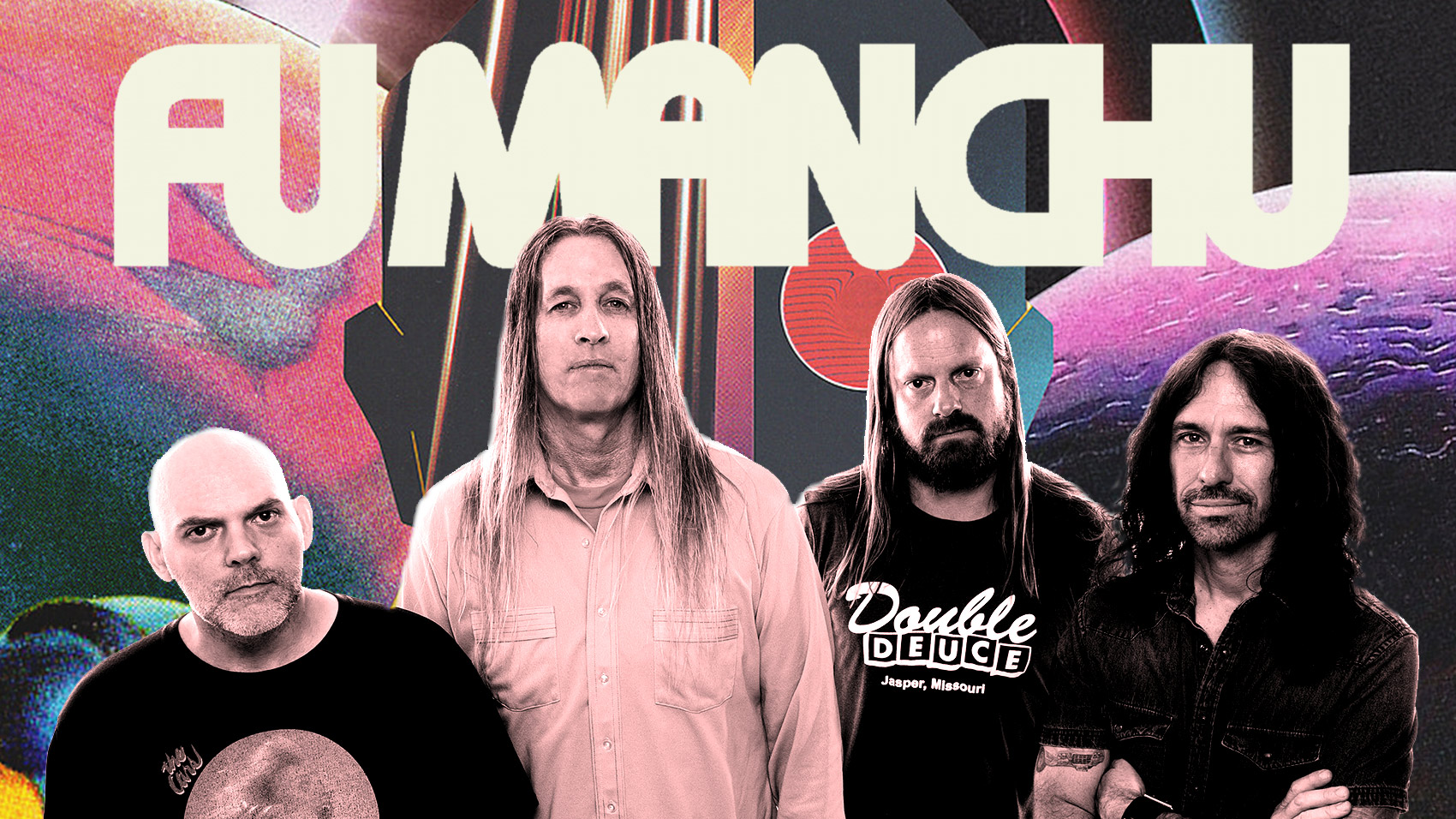 Thirty years into its plan to make riffy, fuzzy hard rock until the sun burns out, Fu Manchu has become as much an element as a band. You know that you’re never too far away from a new Fu record; and when it arrives, after flipping all the usual switches, it’ll sound so fresh that you’ll wonder why you don’t listen to their records all of the time. On Friday they release their 12th studio album, Clone of the Universe, on their own At The Dojo Records. If you’re expecting another big-ass slab of rock that sounds like it should be blasting from a Day-Glo van driving across the moon, you’re in luck.

In the lead-up to the album’s release, we got on the phone with founding member and reluctant front man Scott Hill to talk about what’s new with the band, what hasn’t changed, and how the Chevrolet El Camino remains one of the best cars ever created.

SCOTT HILL: I’m using an old Superfuzz pedal and [guitarist] Bob [Balch] is playing out of Creepy Fingers fuzz pedals. Our bass player [Brad Davis] makes a bunch of pedals. Creepy Fingers is his company. He’s always coming up with pedals, and we’re always trying them out at practice. They’re really good.

There are so many pedals out there these days.

On all that early Fu Manchu stuff, I played out of a Crown fuzz pedal. I remember someone had written the band in 1993 or something; I’d sent back a sticker and he was like, “Hey, if you need fuzz pedals, I have a bunch.” I wrote him back and told him I wanted a really heavy, low-end fuzz pedal and he was like, “I’ll send you a Crown.”

Did you have a lot of fan interactions like that before the internet?

Oh yeah. We always had our P.O. box, and people would send letters or want to trade whatever. That’s how it works, just writing letters. I still do that with some people who write in.

And one thing I respect about you guys is that you created your own little scene that brought together people who were into metal and punk, but didn’t quite fit into either scene.

We released our first 7-inch in 1990, and we’d been listening to a lot of the Melvins. The Melvins are a huge influence, and Tad, and early, early White Zombie. The real noisy White Zombie. Laughing Hyenas, all that noisy stuff. We just wanted to do simple riffs with maybe a cool break here and there, and make it heavy and fuzzy.

We didn’t know what was going on. We barely knew what we were doing. I grew up from 1980 to ’87, and all I would listen to was hardcore punk rock. So when ’87 came around, and Tad, the Melvins, and all these bands… we had no idea there was any kind of scene at all.

We just wanted to play simple straightforward real fuzzy rock. That was it.

And you guys really stuck to that plan.

Pretty much. For me, I’m probably the most narrow-minded dude in the band when it comes to music. You probably know what I like just from listening to us: just heavy, fuzzy rock. I’ll listen to the Doobie Brothers or some other stuff, but I just love playing riff-oriented fuzzy heavy stuff. I’ve never wanted to play anything else. That’s just how I am. I just want to get into the rehearsal space and crank it… just go for it. We do have some quiet moments in our songs, but they’re few and far between.

You say you want to keep it simple, but the new album does have a song that’s almost twenty minutes long. That seems pretty ambitious.

[laughs] Yeah. We were writing the new record and we were going to come up with like 15 songs, and then whittle that down. Usually we do like a ten song record, but we just kept coming up with riffs and riffs and riffs and riffs. We figured instead of trying mellow songs, or this, or that, let’s try this weird thing that takes up a whole side. So that one was a lot of trying to put different riffs together.

So how did Alex Lifeson from Rush end up playing on it?

Our manager is friends with Alex’s manager, and ours asked how Alex was doing, and was reportedly “in the studio, just playing guitar and recording stuff, hanging out.” And our manager was like, “Hey, do you think Alex would want to play on the new Fu Manchu record?”

We were then instructed to send him the song, and reverted back to seventh graders like, “Rush? Holy shit! Do whatever you want, wherever you want!”

How often to you get opportunities to have those kinds of fanboy moments?

Oh, all the time. I remember Keith Morris from the Circle Jerks sang on our California Crossing album. The Circle Jerks was the first band I ever saw live, in 1980. He just came down to the studio and was like, “Come into the vocal booth with me and tell me what you want.” I was like, “Holy shit, he’s asking me that?”

Tony from the Adolescents sang with us live on an Adolescents song. Once, Springer from SSD jumped on stage to sing an SSD cover with us. All that stuff’s pretty cool.

It seems like a lot of stuff you guys think is cool has started to come into style. Van culture’s back, and that whole 70s Southern California aesthetic’s really big. What’s it been like to see that happen?

Yeah, man. Everything from Bigfoot to Tony Alva skateboarding to the vans to dune buggies. I’ve been into all that stuff since I was a kid. There’s a lot of van stuff coming back for sure. It’s cool. I like it. The California Crossing album cover with the El Camino, the surfboards, and the girls at the beach… I remember being just a young kid walking up to the beach to go surfing and I looked in a parking lot and saw that exact setup. The dudes in the El Camino, with chicks and surfboards in the back, and I was like, “Oh my god, that’s so cool. I have to get an El Camino when I get older.” And I did! That’s my El Camino on the cover.