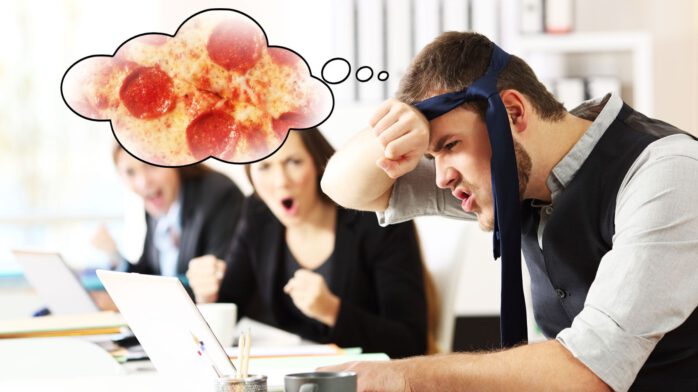 Science Says Pizza Is A Better Motivator Than Money

In his new book “Payoff: The Hidden Logic That Shapes Our Motivations,” psychologist Dan Ariely details how pizza is better than money in motivating people at work.

Ariely ran an experiment at a factory with four separate groups. The employees in the four different groups were all assigned the same task, but offered four different incentives in each one; a $30 cash bonus, a compliment from the boss, pizza, and the fourth group was offered nothing.

And what did Dan Ariely learn after just one day? Pizza was the best motivator out of the four groups with productivity increasing 6.7% more than the test group that had no incentive. Coming in as the number two motivator, with a 6.6% increase in productivity, was the compliment from the boss, because apparently you are all kiss ass sycophants who needs their bosses approval on everything.

The cash bonus? It only increased productivity by 4.9%, and after two days those in the group with the cash incentive were 3.2% less productive. By the end of the week, the money group had an overall 6.5% drop in productivity.

After a full week of the study, the best motivator ended up being the compliments from the boss, but Areily said if the pizza had been delivered at home he thinks pizza would have been the winner, “this way … we not only would give them a gift, but we would also make them heroes in the eyes of their families,” he said. I guess people need the approval of their families too.

So maybe the real motivator to do a good job at work is constant approval from other people whether it be from your boss or your family or your coworkers.