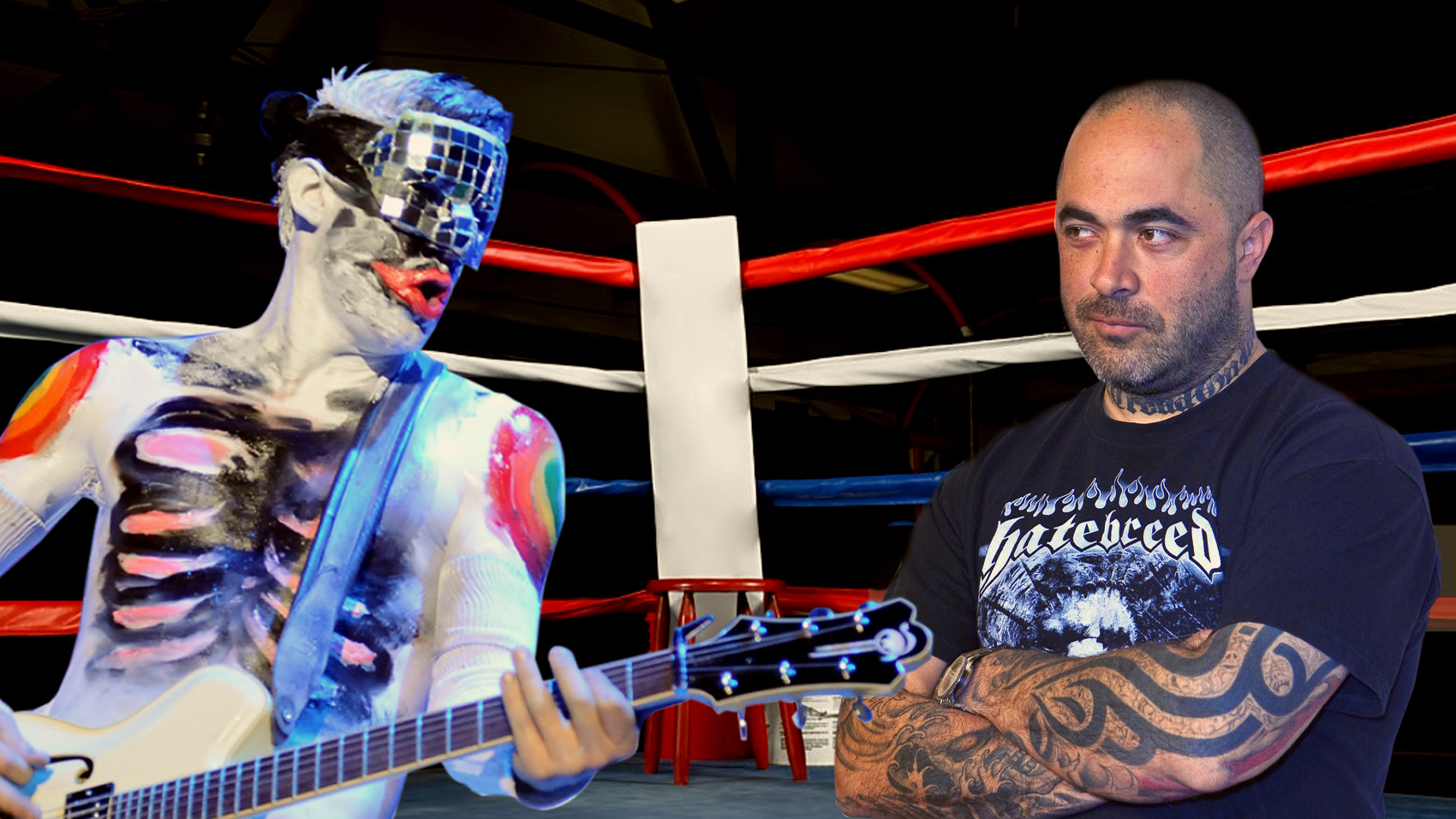 Like all good feuds, this one started with two nu-metal bands at in airport in Florida and ended with some shit talking on Instagram.

This one involves Staind’s Aaron Lewis and Limp Bizkit’s Wes Borland who don’t seem to like each other very much.

According to Blabbermouth, the feud started back in December of last year at the Jacksonville airport. Borland recalled the initial encounter on the Talk Toomey podcast:

Aaron Lewis came up to me in an airport randomly. I was visiting my parents in Jacksonville and flying back to L.A; and I just happened to run into him, and hadn’t seen him in awhile.

Aaron looks at me and he kind of turns his chin up and he goes, ‘Nah, man. Remember where you came from. Florida is your home, not L.A. That’s home.’ And I just went, ‘Fuck you, man.’ And I never talked to him again after that.

That guy is such a dickhead; so full of himself. I wish nothing but the worst for him. Amen. I could not believe the audacity and just, like, pretentiousness—especially for somebody that acts like they’re like a country boy now and they’re from Illinois.

Anyway, disgusting person. No, thanks. I don’t wanna a shit-talk, but I have no problem talking shit about that guy. He’s terrible.

Wes Borland, who I love dearly, obviously has some fucking things to say about me. Fuck that motherfucker!

I know that I started this with ‘I love him dearly,’ because he’s part of the whole reason that I’m standing here right now in front of you. I’m gonna tell you what happened:

I saw this motherfucking bougie motherfucker riding on a fucking golf cart in an airport to his gate. I ended up at a gate really close to him. I went up to him. I said, ‘Wes, what’s up, brother? I miss you. I haven’t seen you in forever. How have you been? Where are you headed?’

He’s, like, ‘I’m headed home—to Los Angeles.’ And I’m, like, ‘Hey, motherfucker, that ain’t home. Remember—you’re from Jacksonville-fucking-Florida.’ That’s how it went down.

And now I’m the biggest piece of shit to ever fucking walk the face of the Earth.

So, you know what? Wes Borland, you bougie motherfucker, I give all the credit to this next song to Fred.

Hopefully this means that I never have to endure interfacing with him again.

No word yet on if they did it all for the nookie. (Sorry, we couldn’t resist.)