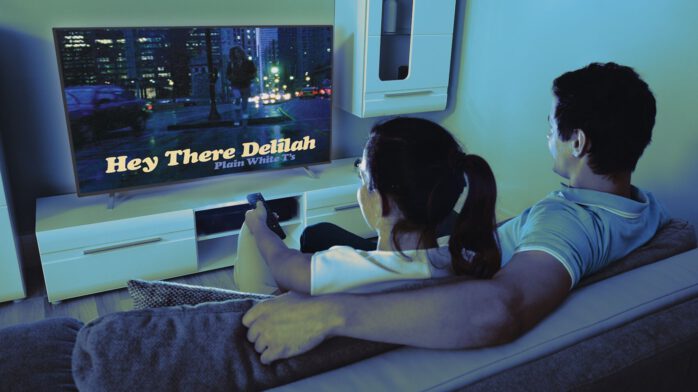 According to The Hollywood Reporter, the 2006 platinum hit “Hey There Delilah” by Plain White T’s is being adapted into a scripted TV series described as a “contemporary fairy tale that expands the story within the song”. The band will produce the show with Lively McCabe Entertainment and Primary Wave.

Plain White T’s lead singer Tom Higgenson wrote the song after meeting a girl named Delilah. She had a boyfriend, but Higgenson decided to write a song about her anyway. It ended up spending 35 weeks straight on the Billboard Hot 100.

“I thought he was just being flirtatious and leading me along,” Delilah told Today. “I had a boyfriend at the time, so I really didn’t believe him.”

“It’s been more than a decade since ‘Hey There Delilah’ was released, and people always ask me about it. A whole lot of people really connected with that song, and I’m very proud of that,” Higgenson said. “I’m so excited to have an opportunity to give a new generation the chance to form their own connection with the song, and fall in love with its story through this new project.”

Lively McCabe Entertainment co-president Michael Barra, who sounds like the biggest Plain White T’s fan in the world, had this to say: “‘Hey There Delilah’ is a perfect example of an iconic story song that has introduced characters and a premise to a massive multigenerational audience, and is begging to be expanded into a full-length story for contemporary television audiences.”