For the first time since their reunion at Riot Fest, The Original Misfits are returning to Chicago on Saturday, April 27th at Allstate Arena, and all hell’s gonna break loose.

With FEAR, Venom Inc., and Power Trip opening up, you’re going to want to get in on our exclusive Riot Fest presale, ON SALE NOW until Thursday, September 20 via Ticketmaster. (PW: RIOTFEST). Tickets go on sale to the general public at 10:00 a.m. CST on Friday, September 21.

While music festivals have helped many legendary bands get over their differences to make fans’ dreams come true, there was something undeniably far more special about Glenn Danzig and Jerry Only reuniting the Misfits at Riot Fest in 2016. Maybe it’s the fact that, despite the band’s music and imagery becoming inescapable in the punk scene (and pop culture at large), only a tiny fraction of its massive fan base ever got a chance to see them live during their brief first time around. Or maybe it’s just the simple fact that the Misfits is one of the mightiest rock bands to ever creep the planet.

Following up classic lineup concerts in Los Angeles, Las Vegas, and their New Jersey homeland, the Original Misfits – once again featuring Glenn Danzig and Jerry Only sharing the stage – are returning to Chicago for one night only: Saturday, April 27 at Allstate Arena.

If you caught one of the Original Misfits shows at Riot Fest in Denver and/or Chicago a couple years back, you know that this will be a show worth seeing. If you missed out, you’ve probably seen a million and a half people posting about it on the socials while wearing their skull shirts from the merch tent, and have been nursing the bruises you got from kicking yourself so hard. Either way, you’ll want to be there. 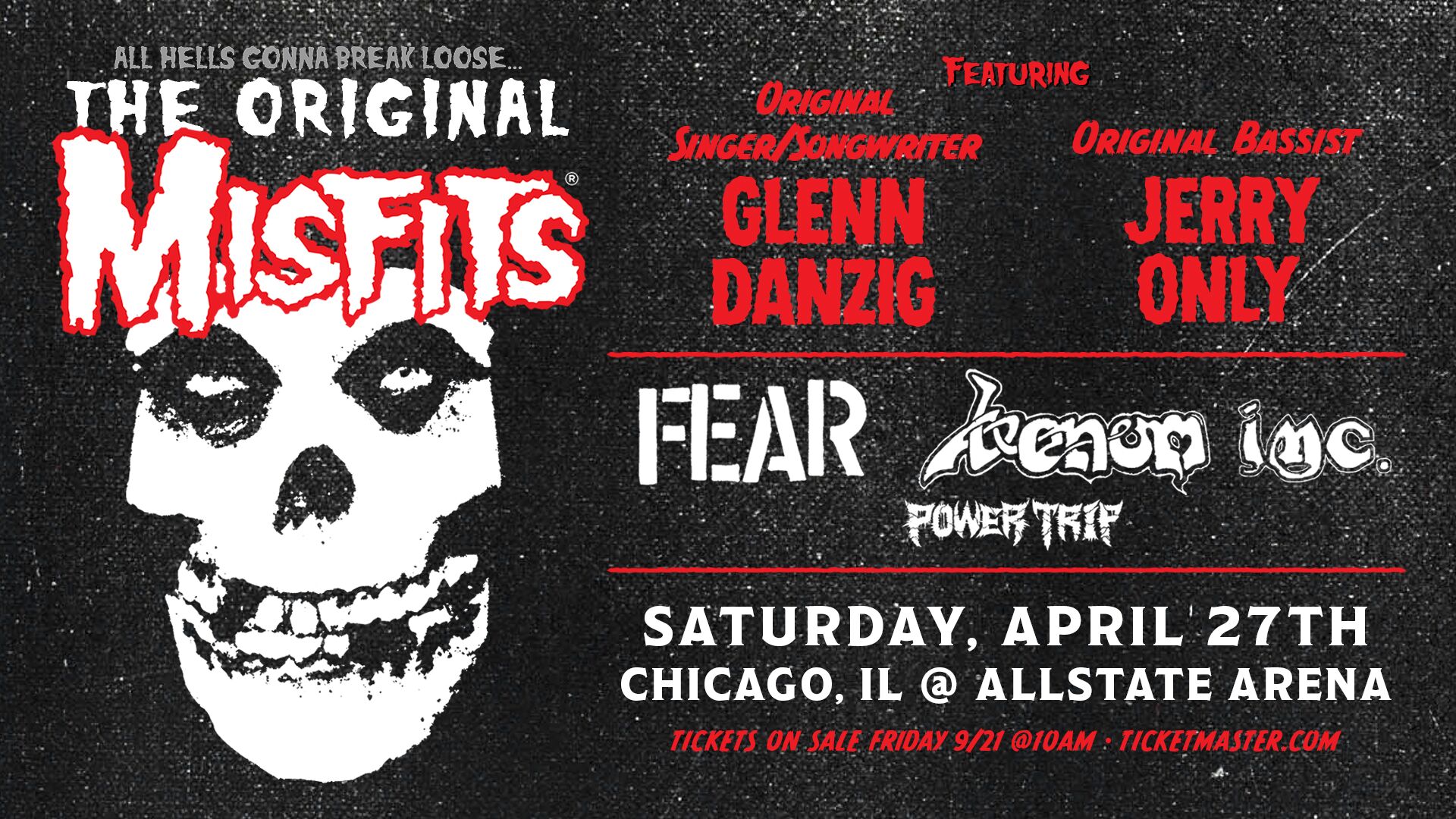