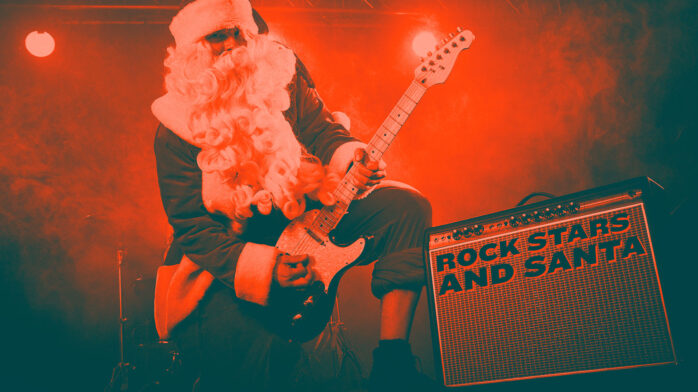 Musicians usually have some pretty eclectic wardrobes, and red looks good on most people. So it’s no surprise that some musicians like to dress up as Old St. Nick for Christmas.