Mac Blackout’s kind of a legend in certain grimy corners of the underground rock world, having cemented his status there as frontman for electrifying glam-garage-punk outfits like The Functional Blackouts, Daily Void, and Mickey. These days Mac’s focusing on his visual art, specifically as a painter of brain-erupting psychedelic murals that on walls throughout the Midwest—in Chicago you can find them beautifying musical institutions like Lincoln Hall, Sleeping Village, Bucket O’ Blood Books and Records, and Reckless Records.

Riot Fest has already published a few comics that were instant classics—like the one about Bauhaus buying a tour hearse or a thrilling tale of besting a tornado from Matt and Kim—and we’re excited to be expanding our comics offerings in the coming weeks and months. To kick things off, Mac’s given us the mind-bending first installment of a series called Mirrors that he says “explores new avenues of comic expression”: 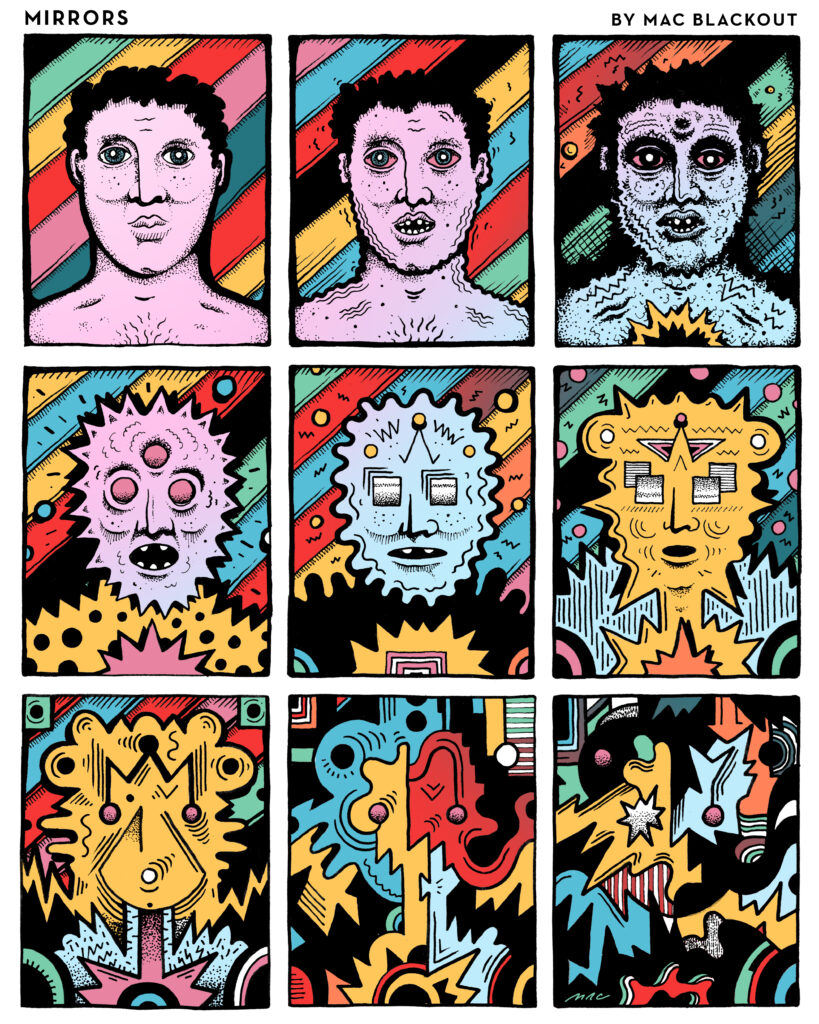 You can see more of Mac’s work when his solo show goes up in June at Galerie F. In the meantime you can peruse some here, or pick up a copy of Madman’s Eye: The Art of Mac Blackout—an aptly named collection of his work ranging from his days in the Indianapolis graffiti scene to his paint work in the Chicago underground scene—here.