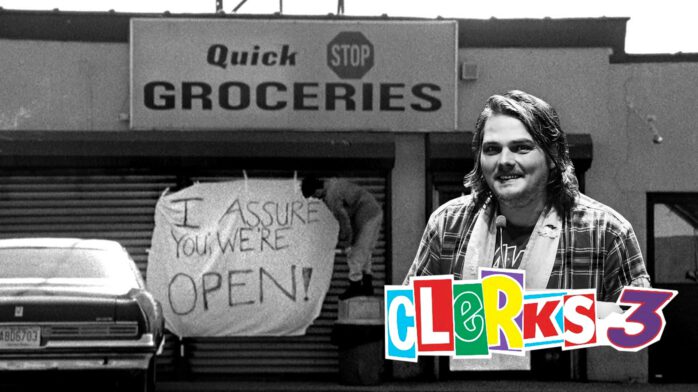 Any filmmaker’s respective career comes hand-in-hand with plenty of cancelled projects and unfinished films. With stoner-comedy connoisseur Kevin Smith, there’s an entire Wikipedia page of his numerous unrealized projects. With the recent release of Jay and Silent Bob Reboot, however, it looks like we may actually get another Clerks sequel—and that former My Chemical Romance frontman Gerard Way will be in charge of the soundtrack.

After assuring fans earlier this month that Clerks 3 is real and happening, Smith revealed to a crowd on the Jay and Silent Bob Reboot press circuit that Way would be writing the score for the upcoming sequel, as reported by Slash Film. Way previously collaborated with Smith on a track for Tusk.

Way has mostly focused on writing comic books in the past few years, only dropping a few singles along the way. An entire film soundtrack will be a first, so hopefully we’ll see it come to fruition by the time Clerks 3 hits theaters.