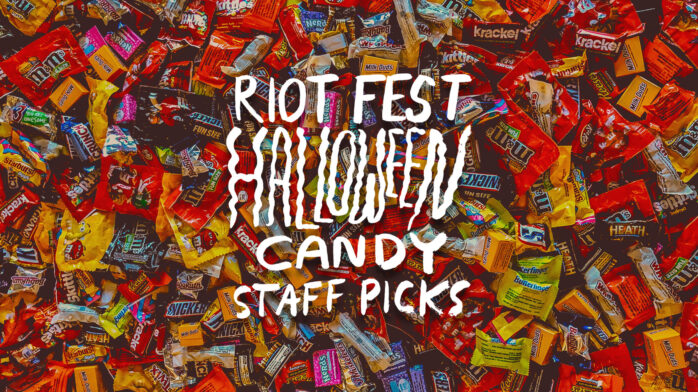 With Halloween comes a heated debate: What’s your candy of choice? We here at Riot Fest love debating what our completely unchangeable taste buds enjoy the most—plus, we love eating candy at work. So with Halloween just behind us, we figured it’d be the prime time to offer our top picks as Halloween fun-sized bags of all varieties are being thrown in the bargain bin of grocery stores nationwide. Here’s our top picks; hurry along and grab that half-off candy once you’re done reading. 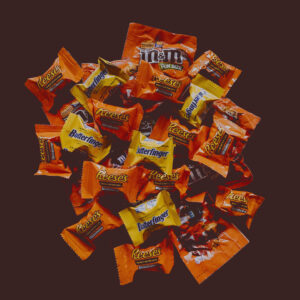 After careful consideration and testing, I can say with confidence that my favorite Halloween candy is anything with chocolate and peanut butter. P.B. M&Ms, Reese’s P.B. cups, Reese’s Pieces, Butterfinger, P.B. Snickers; all of it. Upon reflection, I do feel sorry for people who have peanut allergies and/or chocolate aversions because it really is the perfect flavor combo. I’ll pour out a little Ben and Jerry’s Peanut Butter World while I think of those poor folks. 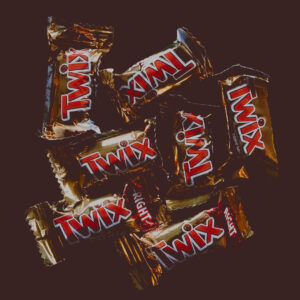 You get a cookie AND caramel. Not to mention the argument of left or right Twix can be easily solved by just biting into both at the same time. 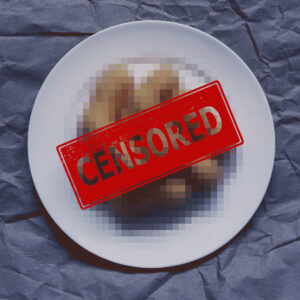 I like candy corn wrapped in circus peanuts. Delicious and nutritious. It’s the two best Halloween candies combined into one and It reminds me of my childhood and how great it was.

[Editor’s Note: The above grotesque imagery has been censored for due to how nasty this “candy” combination is.] 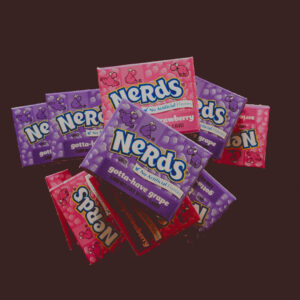 I don’t like chocolate. It is a quality that everyone around me overreacts to (Who cares? Get a life, pal!) but nevertheless I’m still very nice and amazing and give people my unwanted chocolate. Trading candy as a youngling was incredibly easy as a result.

It’s a close call between Skittles, but since the Zombie-flavored Skittles I tried last week made me literally gag I gotta go with Nerds as my favorite Halloween fix. They capture the chaotic essence of Halloween for me: a short but sweet burst of sugary energy that’ll make you sick if not eaten in moderation. Bonus points if you’re eating the cherry lemonade Nerds that are very good and somehow very hard to come by. 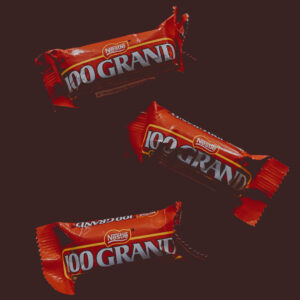 I love the fun-size 100 Grand, because it’s completely underrated, often overlooked, and probably the closest I’ll ever be to having a hundred grand in my hand. And just like actual cash, there is never enough. 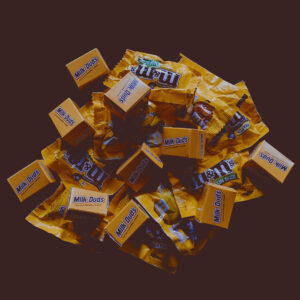 Anything chocolate—except the absolute worst candy that could be dropped into your trick-or-treat bag, the banana runts of the chocolate world: Three Musketeers. It’s disappointment in slow-mo when an old lady reaches into her jack-o’-lantern bowl chock full of Snickers, peanut M&M’s and god-tier Milk Duds, but instead of these wonderful nuggets being placed into your bag, the sight of a silvery foil reflects off your pupils. You hope that maybe—just maybe—it’s a York Peppermint Patty. But no, it isn’t. You know exactly what it is: Disappointment. 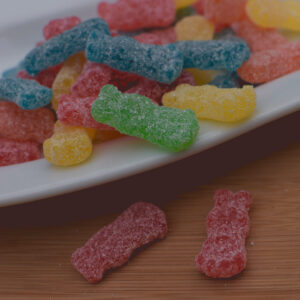 I am one of those with a peanut allergy… and because of that, I am also not a fan of chocolate. So my favorite for me is anything sour: Sour Patch Kids, Sour Punch Straws, sour Jolly Ranchers, and literally anything else sour. I love torturing myself while also rewarding myself with candy. 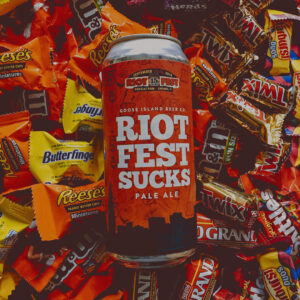 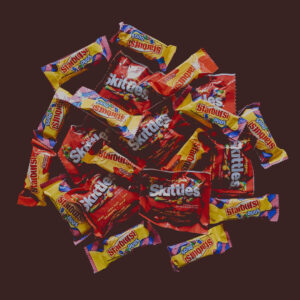 I’ll go for anything chewy and fruity. Skittles, Starburst, and Mike and Ikes all sound great to me over anything with chocolate. 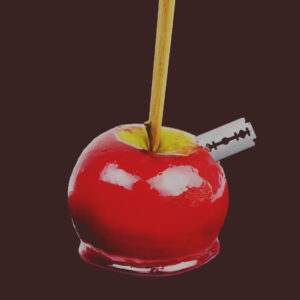 Because I remember Halloween.