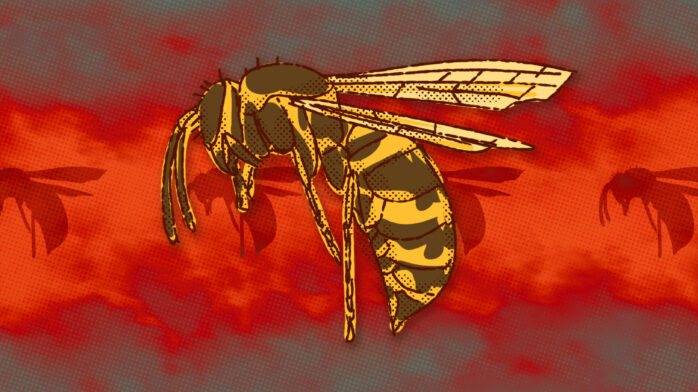 Wasps Can Tell Other Wasps That You Suck, Says Science

Fun fact: if a wasp hates you, it can drop a pheromone on you that tells other wasps you suck. Thanks wasps. We probably deserve it.

According to the science experts over at Psys.org, wasps are able to coordinate attacks on enemies by dropping a chemical signal called an alarm pheromone. The chemical comes from the venom sack of a wasp.

Once dropped, it signals the rest of a wasp’s colony to attack whoever it is they dislike. The report even states that wasps can detect one of these alarm pheromones from other species.

Essentially, if one wasp doesn’t like you, his friends won’t like you either—and there’s science behind it.