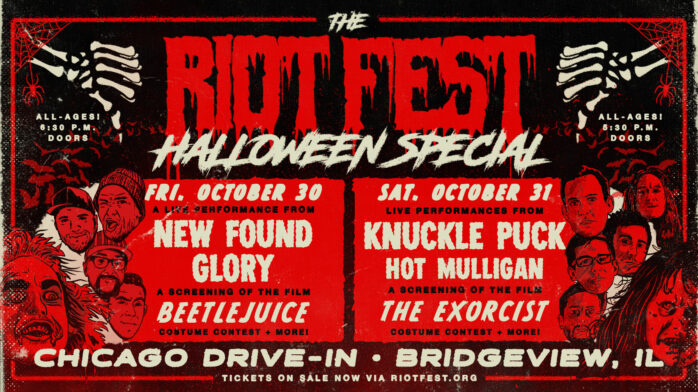 We have no intention of spending Halloween alone. So that’s why we’re inviting you out for two nights of frights at the Chicago Drive-In for The Riot Fest Halloween Special, live and in-person! A bone-chilling weekend of three live performances, two classic horror flicks, and a costume contest at the Chicago Drive-In on October 30 & 31. Tickets are on sale this Thursday at 10:00 a.m. CDT.

On Friday, New Found Glory will take the stage before a screening of Beetlejuice, while Saturday will feature Knuckle Puck playing a special album release set—plus an opening performance from Hot Mulligan—following by a screening of The Exorcist. Both nights will feature a fang-tastic costume contest where you can win Deluxe passes to Riot Fest 2021 and a glow-in-the-dark trophy (read more on our costume contest here). 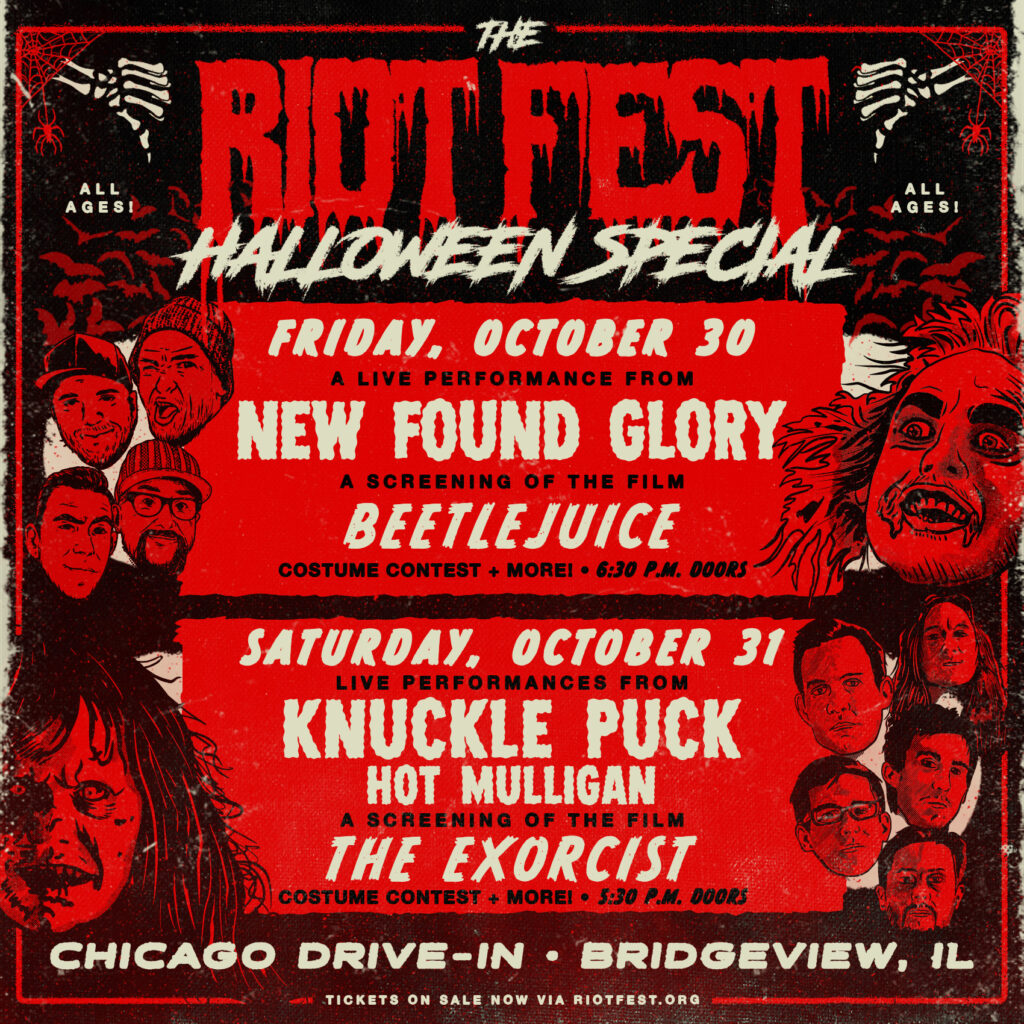 Those in attendance will also be trick-or-treated to exclusive Halloween merch, plenty of food and candy, and that good ol’ Riot Devil Head set up for the perfect Halloween photo op. It’s set to be a ghoulishly delightful weekend—just don’t say Riot Fest three times.