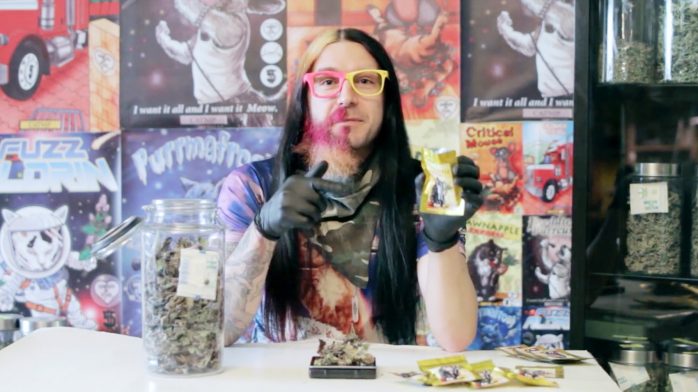 For many folks who work at Riot Fest, Mikey Fivebucks is a very familiar face around the festival grounds each year. Usually rocking a half-shaven, half-bearded face that’s pretty hard to miss, his name comes from the fact that he does a lot of crazy shit for (you guessed it) five bucks. But if all goes well with his next project, Mikey Fivebucks might earn himself a brand new title: catnip connoisseur.

Fivebucks’ latest venture, Catnip Dispensary Inc., is exactly what it sounds like: a high-grade avenue for your cat to get some quality, homegrown catnip. Fivebucks has been collecting catnip seeds from all over the world, growing them in his apartment for the past three or so years. Now, he’s trying to raise $4105 to expand his business and launch an online store.

“Traditionally commercial catnip is dehydrated and milled with little selection being available,” Fivebucks says of the upstart. “I wanted catnip to be a more fun experience from purchasing to using the product and wanted to play on the idea of catnip’s parallels to cannabis. So, I decided to take my catnip quality to the next level.” 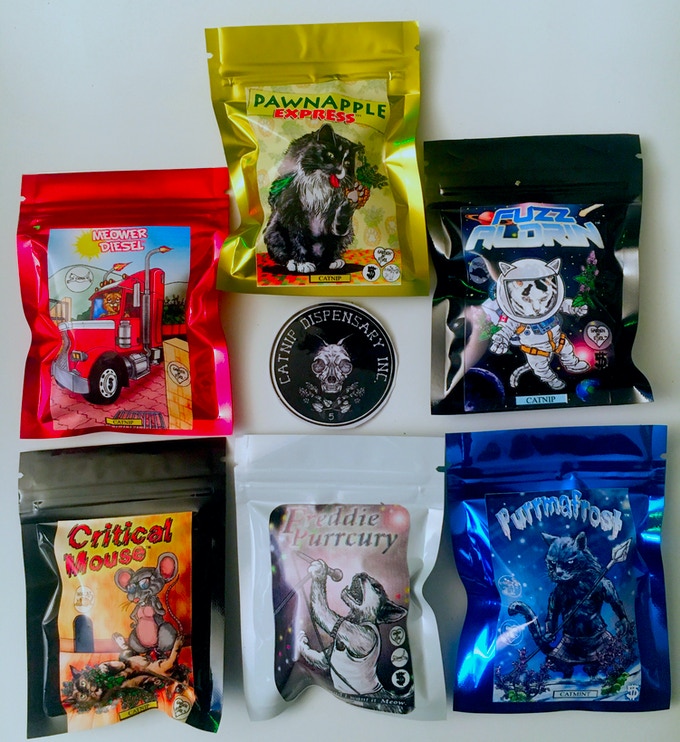 Fivebuck’s intricate process involves slow curing the catnip, storing it in temperature-controlled glass jars, and packing it in foil-lined, heat-sealed mylar zip bags. The strains—much like cannabis—carry names like “Fuzz Aldrin” and “Freddie Purrcury” and each provide a different effect for your feline friend(s), ranging from calming to energizing. Supporting the Kickstarter will nab you an eighth of Catnip Dispensary product before Fivebucks (hopefully) launches an online store later this year.

At the time of publication, Fivebucks’ catnip dispensary is already well over half way funded with 29 days to go. You can head over to his Kickstarter today and snag yourself some very fancy catnip (which hopefully is only for your cat) along with some other perks—a catnip grinder is just one backer reward.