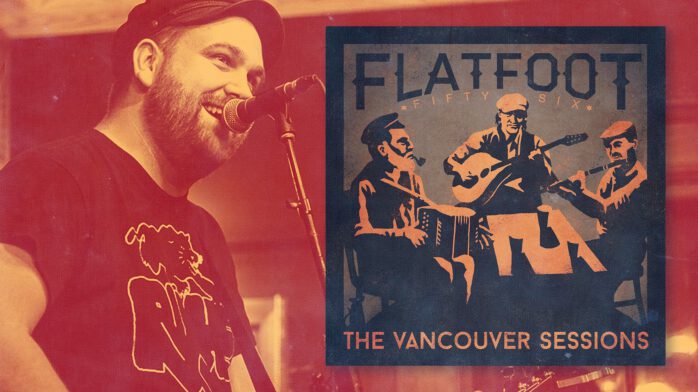 Flatfoot 56 has a new release called The Vancouver Sessions, out May 25 via Sailor’s Grave Records. The EP features one new song and reworkings of four older tunes. According to the band’s press release, The Vancouver Sessions turns once hard-driving punk rock anthems into “thoughtful—and tender, at times—reminders of what life can be if we slow down and take lyrics in.

To achieve their goals, Flatfoot 56 incorporated traditional instruments like the Irish whistle, the Uilleann bagpipes, accordion, and the Irish bones into the mix.

The track premiering here, “Cain,” appears on the Chicago-based Celtic punk band’s 2007 album Jungle of the Midwest Sea, however this new version “took on an entirely different feel than the original,” according to frontman Tobin Bawinkel. Seeking out a new sound for the band and inspired by delta blues, Flatfoot 56 “loved the way this new take on an old song turned out. It’s low, its gruff and it’s us in a very weird way.”