Douglas Park is our new home and for the coming months we want all of you to become more familiar with the community, whether it be through the many indie businesses, not-for-profits, history, and of course, the diversity.

So, as a Cliff Notes version for today, here are some of things we think you should know about our new home: 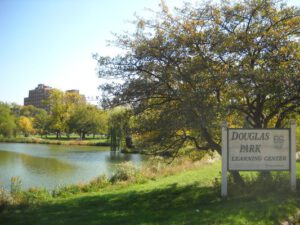 During the late 1880s, the newly established West Park Commission partnered with William LeBaron Jenney to create three large parks on the west side with boulevards that linked the triad of recreational spaces. Humboldt, Garfield and Douglas parks emerged as a result.

Full construction of the park took a while, though, as it was completed nearly 25 years later by renowned Prairie School architect Jens Jenson in an effort to reform and revitalize the network of west side recreation areas. As general superintendent and chief landscape architect of the entire West Park system, Jensen brought a new life to Douglas, Humboldt and Garfield parks. He added an ornate arcing entrance to Douglas Park, a formal garden known as Flower Hall and a reflecting pool.

Transportation is easy via the highway or CTA. The park is: 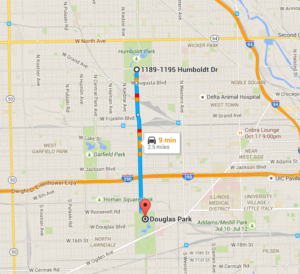 Quirky Facts Regarding our New Home:

If you look around, you might not even notice you are in a different park…. Douglas park has all the charm that Humboldt Park has plus:

So, we got lots of them: North Lawndale, South Lawndale, Little Village, the Lower West Side, Pilsen and even all of the Illinois Medical District. The great thing is that all of the neighborhoods offer up different things that are unique them… and quite honestly, that’s what makes Chicago great. The people who know us—and for our new neighbors about to find out—we dive into the communities we call home and help out in any way we can. AND, our fans rule. The best. Not. Even. Close. They’re extremely passionate and socially aware and care about what neighborhood we call home, whether it’s by volunteering at local charities in the neighborhood or by just simply spreading the word about a local restaurant, bar or shop that’s left of the dial and cool.

So, stayed tuned each week as we focus on some tidbits about our new home… we are excited and you’ll be too. 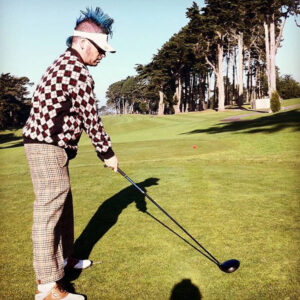