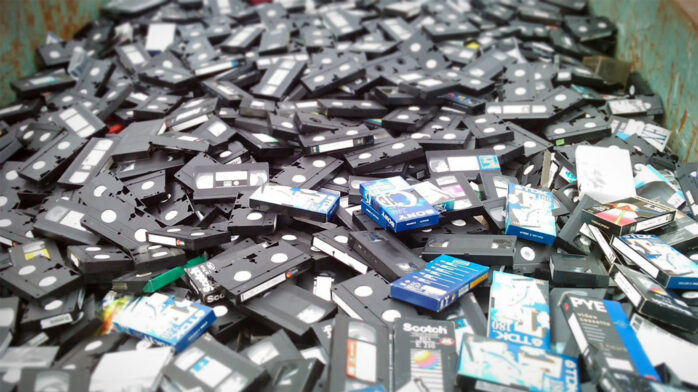 The VCR is no more. On Thursday, Funai Electronics, the world’s last producer of home-use video cassette recorders, announced it would be ending production of the once ubiquitous VCR.

When VCRs were introduced they were technological wonders. You could watch a movie over and over again and record all the best of your Saturday morning cartoons. At their peak, Funai sold 15 million VCRs a year, but in 2015 only sold 750,000. Yes, 750,000 people bought a new VCR in 2016.

In 1981 a consumer guide explained why VCRs were such a big deal, “In effect, a VCR makes you independent of television schedules. It lets you create your own prime time. You set the timer and let the machine automatically record the programs you want to watch but can’t. Later, you can play the tape at your convenience. Or you can tape one show while watching another, thus missing neither.”

Gone are the days of spending an hour at Blockbuster (RIP) reading dozens and dozens of VHS tapes, to find the perfect movie. You’ll never have to be kind and rewind ever again. You’ll never have to worry about cleaning the VCR head, or your favorite VHS tape getting eaten. The great VHS vs Betamax wars of the 1980s are over and both technologies have been put out to pasture.

So until hipsters rediscover VCRs and VHS tapes became ironic and collectible, say goodbye to the VCR. Thanks for everything.