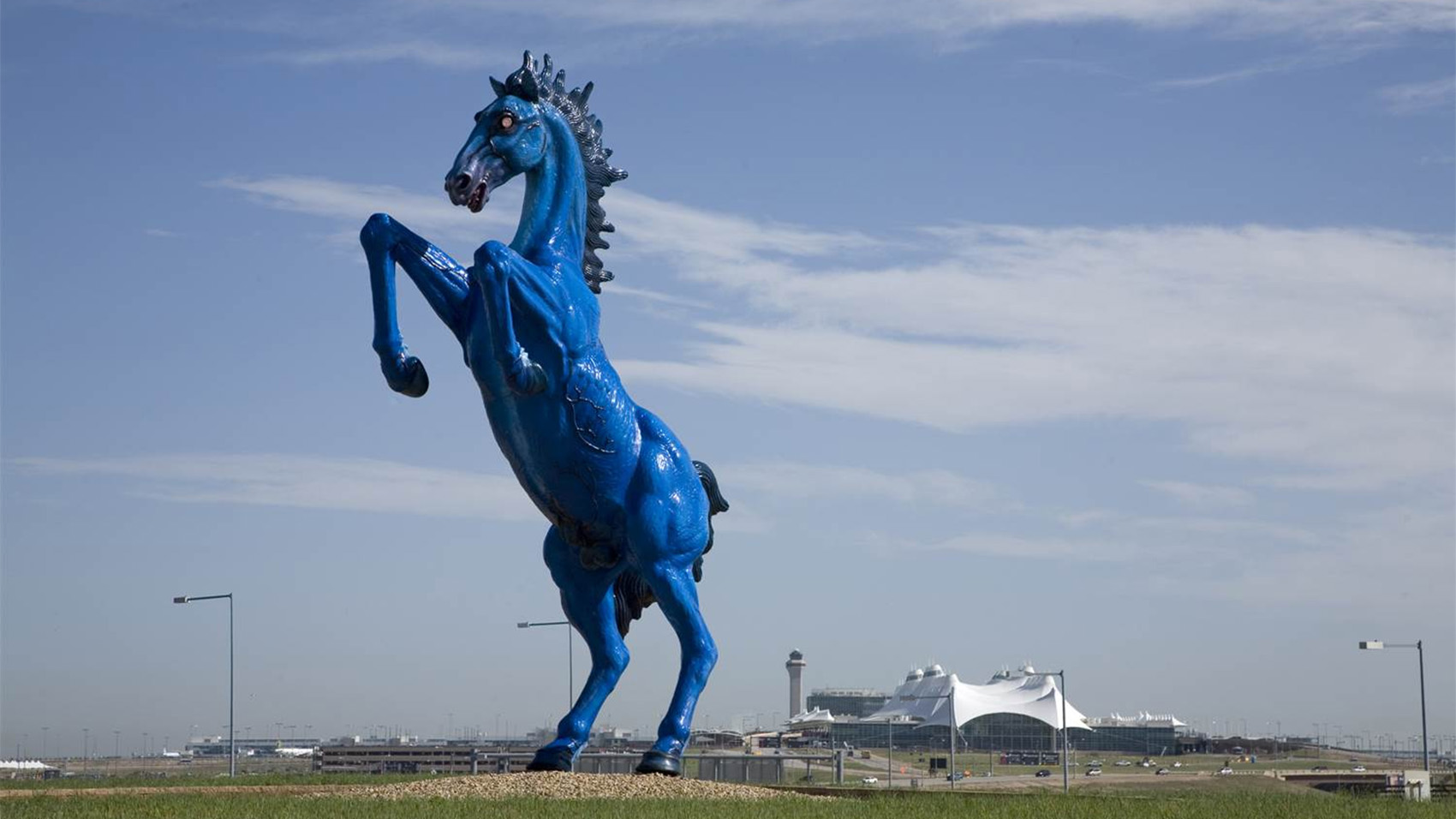 His official name is Blue Mustang, but locals call him Blucifer.  The sculpture, commissioned in 1993, stands outside the Denver International Airport, and welcomes guests to Colorado with his red glowing eyes.

Now some crazy person who hates Denver, and art, and America* has started a petition to “Remove the DIA Blue Horse to another location”. According to Lauren Byrne, the creator of the petition, “The sculpture, while reflecting historical Colorado elements, is not a welcoming sight to see with it’s flaming red eyes. Put it in front of the Bronco’s stadium or have it frolic alongside of the big blue bear, but this is not the piece of art to put at a major gateway to Denver.  Additionally, it is unsuccessful at reflecting Denver today and it’s welcoming and caring personality.”

This beautiful Blue Mustang and possible Horsemen of the Apocalypse just wants to live. Don’t punish him for being himself. Don’t censor this majestic creature. Don’t you dare sign this petition. LONG LIVE BLUE MUSTANG.

The 32-foot sculpture of this happy go lucky horse with flaming red eyes is by artist Luis Jiménez, who was tragically killed in 2006 when a portion of the sculpture broke loose and killed him.

* I don’t actually know if this person hates Denver, and art, and America

** Also, I am not a member of the Illuminati and I don’t even know what you’re talking about. Quit asking so many questions.