Food and music are both essential to life but few bands have incorporated food in their lyrics and aesthetics more than Ween. Formed by childhood friends Mickey Melchiondo (“Dean Ween”) and Aaron Freeman (“Gene Ween”) in Pennsylvania in 1984, over a long and prolific career Ween has produced nine studio albums, eight EPs, and nearly thirty singles and demos that collectively, probably contain a small grocery-store stock list’s worth of edibles from fruit (“Bananas and Blow,” “The Fruit Man”) to carved meats and tri-color pasta (“Your Party”).

Ween plays Riot Fest & Carnival on Friday, September 16, but we’re anticipating that everyone will probably want to eat throughout the rest of the weekend (including at times when festival gates are closed and you can’t get to one of our amazing food vendors). With that in mind, we’ve come up with a Chicago dining guide based on some of Ween’s lyrical foods:

Buns:
Ween’s 2005 compilation album, Shinola Vol. 1 kicks off with the song “Tastes Good on the Bun.” We have no clue as to exactly which food Gene and Dean are referring to here, but you know what tastes pretty good on a bun? Hot dogs. Snag one on your way into Riot Fest at Maxwell’s on Ogden (2600 S. Ogden), located just a couple of blocks from Douglas Park. Remember, you’re in Chicago now, so hold the ketchup! Also on Maxwell’s menu is gyros, a food that appears in Ween’s video for “I Can’t Put My Finger on It.”

Chocolate and Cheese:
Ween named their 1994 album after two of the best foods on Earth: Chocolate and Cheese. Get your fill of both of these things (and more) at “Original” Ferrara Bakery (2210 W. Taylor St.), which has been family owned and operated in Chicago’s “Little Italy” neighborhood since 1908.

Gravy:
Ween’s “Makin’ Love in the Gravy” appears on the band’s 1999 independent release, Craters of the Sac. Compared songs with tracks on the record such as “Suckin’ Blood from the Devil’s Dick” and “Put the Coke on My Dick,” it is decidedly more PG. If you’re in need of some hot gravy brunch or lunch action during Riot Fest, there are plenty of options to choose from including biscuits and gravy at Little Goat Diner (820 W. Randolph) or West Town Bakery (1916 W. Chicago)–which has a vegan option–if you’re coming from the north, or homemade steak and ale pies and gravy-slathered chips at Pleasant House Pub (2119 S. Halsted) if you’re coming from the south.

Guava:
Ween named their 1992 album Pure Guava in reference to the sweet, tropical fruit. If you’re heading to Riot Fest from the north, a great place to get your fix is the popular Cuban coffee house Cafecito, which serves up guava in a number of ways on pressed sandwiches including the “Guava-Q” (with guava bbq sauce), the “Elveez” (sweet plantains, guava jam, and peanut butter) and the “Timba” which is straight up guava and cheese. Cafecito has two locations: the Loop (7 N. Wells) and South Loop (26 E. Congress).

Pollo Asado:
“Pollo Asado,” from Ween’s 1991 LP, The Pod, features a man placing an order for Mexican cuisine over a blissful, slightly hazy melody. We can appreciate the sentiment (and clearly we’re not alone in equating tacos with a state of euphoria). With Douglas Park situated near Chicago’s Pilsen and Little Village neighborhoods, there are dozens of places in close proximity to place an order of your own. When it comes to pollo asado, Pilsen’s Pollo Express (1315 W. 18th) is a local favorite. Make sure to hit it up on your way to Riot Fest because they close at 8:30! There are also a number of options for fast Mexican bites within steps of Douglas Park including Raymond’s Tacos (2653 W Cermak) and Cocula (2801 W Cermak).

Pork Roll:
Made by Taylor Ham, this processed pork product is a New Jersey / regional favorite but little known throughout by rest of the country. In fact, Ween, who have praised it in a several songs including “Pork Roll, Egg & Cheese,” “Awesome Sound,” “Frank,” and “She Fucks Me,” may be its most prominent evangelists. Chicago has a few of its own local meaty mainstays we could recommend (Vienna Beef hot dog or Italian beef, anyone?) however, for anyone wanting to go “full Ween” (in a dietary sense), we have done our research and confirmed that that Pork Roll is available at any NYC Bagel Deli location in the city. It isn’t listed on the carry-out menu but it does appear in their display cases (or you can order it over the phone). 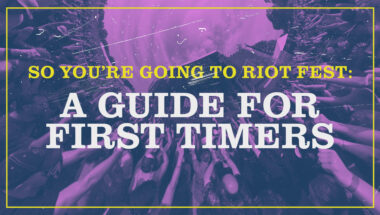 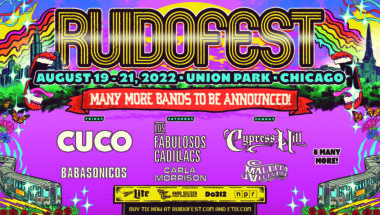