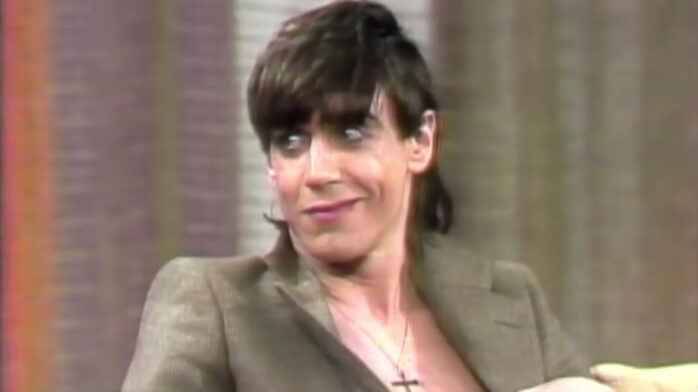 Iggy Pop Will Tell You About Punk Rock

40 years ago, Iggy Pop and David Bowie were supposed to perform on Peter Gzowski’s 90 Minutes Live in Toronto. Unfortunately due to an issue with contracts and the union with the Canadian Broadcasting Corporation, that performance turned into an interview with Iggy. And an interview is what we got. An interview that became so notorious, it was sampled in a 1999 song by Mogwai.

Check out the video above and let Iggy Pop tell you about punk rock, and vomiting.

I’ll tell you about punk rock: punk rock is a word used by dilettantes and, uh… and, uh… heartless manipulators, about music… that takes up the energies, and the bodies, and the hearts and the souls and the time and the minds, of young men, who give what they have to it, and give everything they have to it. And it’s a… it’s a term that’s based on contempt; it’s a term that’s based on fashion, style, elitism, satanism, and, everything that’s rotten about rock ‘n’ roll. I don’t know Johnny Rotten.. but I’m sure, I’m sure he puts as much blood and sweat into what he does as Sigmund Freud did. You see, what, what sounds to you like a big load of trashy old noise… is in fact… the brilliant music of a genius… myself. And that music is so powerful, that it’s quite beyond my control. And, ah… when I’m in the grips of it, I don’t feel pleasure and I don’t feel pain, either physically or emotionally. Do you understand what I’m talking about? Have you ever, have you ever felt like that? When you just, when you just, you couldn’t feel anything, and you didn’t want to either. You know, like that? Do you understand what I’m saying, sir?

This is serious business to me, do you understand? It’s very serious. I feel very strongly about what I do. And it’s not all that good. I’m not that great, you know, really. … I’ve worked very hard for a very long time to try and make something that’s beautiful enough so that I can enjoy it and so other people can enjoy it. And I will continue working at it because I haven’t nearly achieved it yet.