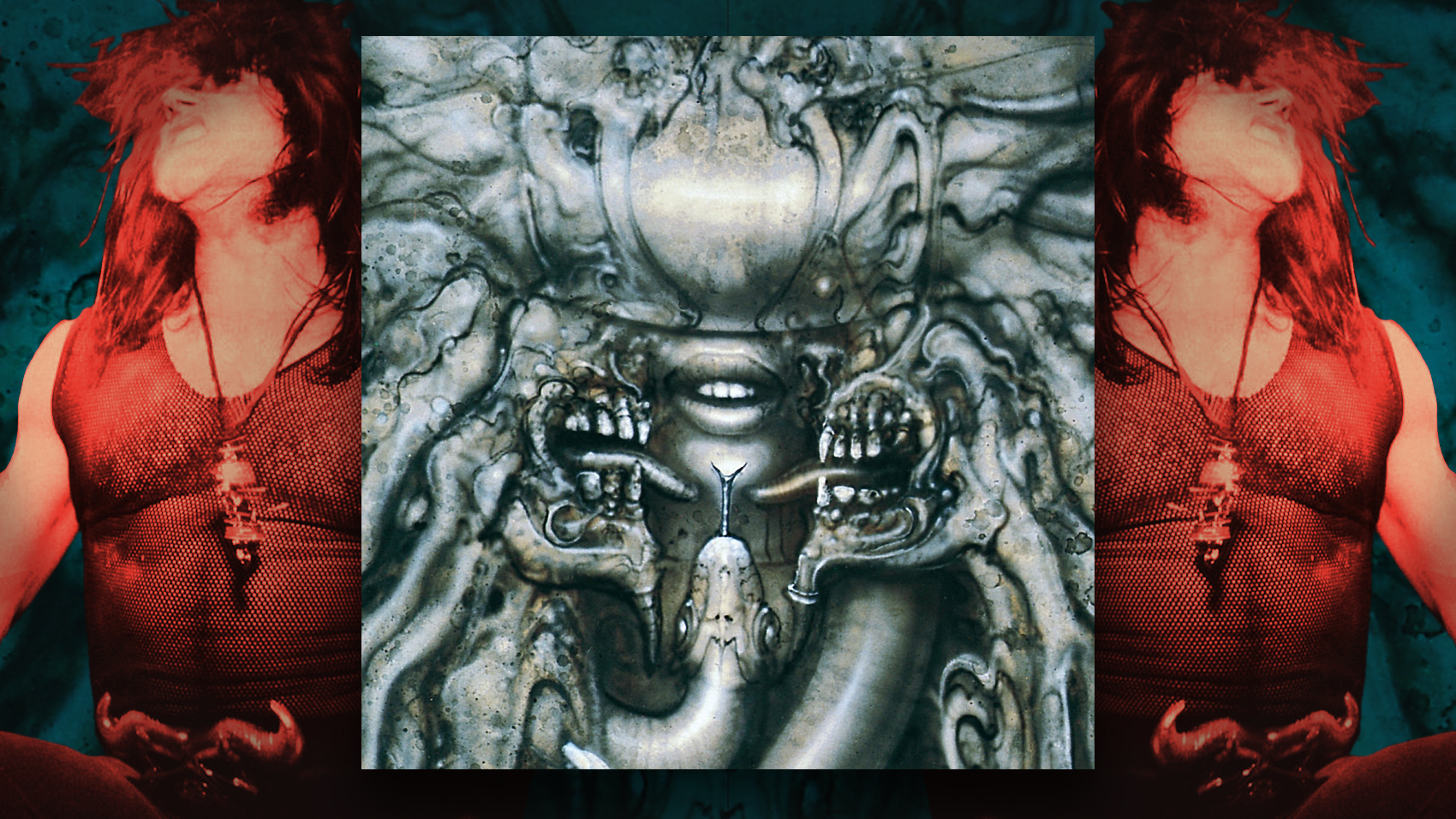 In the summer of 1992, I was 15 years old and struggling desperately to find out everything I could about underground music–something I’d only recently learned existed–from a tiny farm town in Michigan in the days before the Internet. In a place so devoid of culture that there weren’t even any older weird kids around to put me on the right path, I was left to piece together what I could from studying the band t-shirts Kurt Cobain wore in magazine photo shoots and from scouring the bins at the small handful of half-decent record stores within driving distance of home, scrutinizing the cover art for CDs I’d never hear on the radio for any clues to what the music inside might sound like.

Despite what people say about judging a book by its cover, I’ve found that album art is usually a pretty good indicator of what’s inside, but I will admit that the theory doesn’t apply to Danzig III: How the Gods Kill. When the album dropped, I didn’t know who Glenn Danzig was. At that point I’d barely even heard the Misfits, never mind made the connection to Danzig’s later work. All I knew was that the H.R. Giger cover and the the two-clause title–with Roman numerals, even–reminded me too much of the ‘70s prog rock albums I’d dug up in my parents’ record collection and discarded as too ostentatious and devoid of the bare-wire electricity that I wanted more than anything else out of music at that time.

Of course, as I’d eventually learn, I couldn’t have been more mistaken. Danzig’s masterpiece is about as far from the anemic virtuosity of groups like Emerson, Lake & Palmer as it gets. How the Gods Kill is a menacingly direct album that grabs its listeners by the throat and plunges them deep into the lightless underworld that Danzig inhabited. There’s nothing flashy or showy about the music, a twisted nightmare version of Chicago blues flecked with bits of early rock ‘n’ roll balladry. And while Metallica’s million-dollar Black Album, released the year before, had taken metal to new levels of arena-ready slickness, Danzig III producer Rick Rubin wisely avoided smoothing out the raw performance the band gave in the studio. Noisy, murky, and devoid of unnecessary edits or overdubs, How the Gods Kill can easily make you feel like you’re hearing the album being conjured into unholy existence in real time.

But for all its visceral, ragged energy, musically it’s a deceptively complex album. The reason why so many Danzig fans think it’s his greatest work is that it manages to bring together every disparate and seemingly incompatible influence that’s shaped his music–Golden Oldies crooners, electric bluesmen, thrash metal, The Doors–and arranged them in perfect balance. There’s no sane reason why the chugging noise riffage of “Left Hand Black”–redolent of Blue Cheer’s psychedelic stomp and generously decorated with piercing harmonic guitar picking–should be able to sit on the same record as the tender ballad “Sistinas,” which channels Danzig’s love of Roy Orbison into a menacing metalhead counterpart to Angelo Badalamenti and Julee Cruise’s hauntingly retro music for Twin Peaks.

While How the Gods Kill ties together Danzig’s influence better than probably any other album in his catalog, the eerie thing about listening to it today is the way it predicted a number of different directions that hard rock and metal would take over the next couple decades. The album opener “Godless,” which begins with a brief blast of steamrolling rockabilly-by-way-of-Motörhead, quickly transitions into a moody drone that crystallizes the burgeoning doom metal scene at the time, and sounds as monolithically heavy as any of the doom bands that would spring up in its wake, with a spoken-word incantation at the end that specifically anticipates doom’s future obsession with occult ritual. The amped-up roadhouse swagger of “Bodies” predicts the renewed interest in blues-based music that would sweep through metal years towards the end of the decade, while the heavy second half of the album’s title song laid out a blueprint for the stoner rock explosion that was still years out on the horizon. And while there aren’t any blast beats or inhuman shrieking on the album, its sound still manages to evoke the same “disinterred corpse” aesthetic that black metal would develop in coming years.

How the Gods Kill already sounded like a classic when it was released. After all, what metalhead could deny the power of an album that was so thoroughly evil-sounding that it got slapped with a Parental Advisory label even though there’s not a single swear word on the entire thing? Twenty-five years after its release, it sounds like one for entirely different reasons. Held in perfect tension between its connections to the music that influenced it and the pathways leading to metal’s future that it laid out, Danzig III feels like what every truly classic album, no matter its genre, feels like: perfectly timeless.

The timelessness goes on Saturday, September 16th, when Danzig performs Danzig III: How the Gods Kill in its entirety at Riot Fest in Chicago’s Douglas Park.