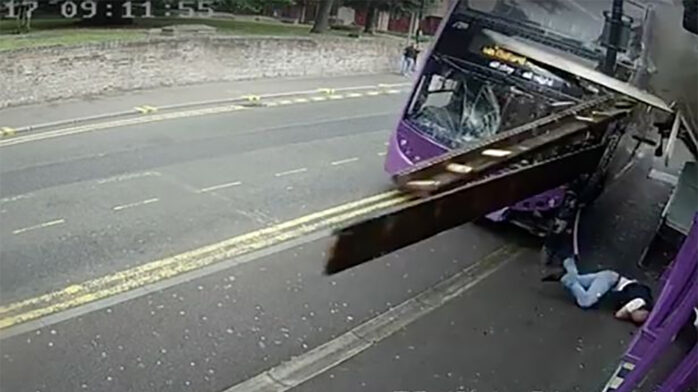 Man Gets Hit By Bus, Stands Up, Brushes Self Off, Goes To Pub

Simon Smith was minding his own business in Reading, England this week when he was hit by a bus.

Unfortunately for Mr. Smith, the impact of the crash broke the windshield of the bus and sent him flying down the pavement for about 30 feet. Fortunately, Mr. Smith landed only a few feet away from the Purple Turtle pub. While it is not know whether he grabbed a pint at the pub immediately after he was hit by a bus, after a quick visit to the hospital and just minor cuts and bruises, Mr. Smith went and got his much deserved pint.

The cause of the crash isn’t yet known, but the double decker bus that hit Mr. Smith suffered much more damage than Mr. Smith did.

According to the BBC, Mr. Smith suffered only minor injuries and said he feels “lucky to be alive”. Daniel Fraifeld, 50, who co-owns the Purple Turtle bar, said: “I think he [Simon] pretty much got up, brushed himself down and then an ambulance came and took him to be checked. He got looked over and didn’t have any lasting injuries – but he’s covered in scrapes and bruises. He then got released from the hospital and I think he just went for a pint to relax.”

We raise a glass to you Mr. Smith. May you continue to be an inspiration to us all.