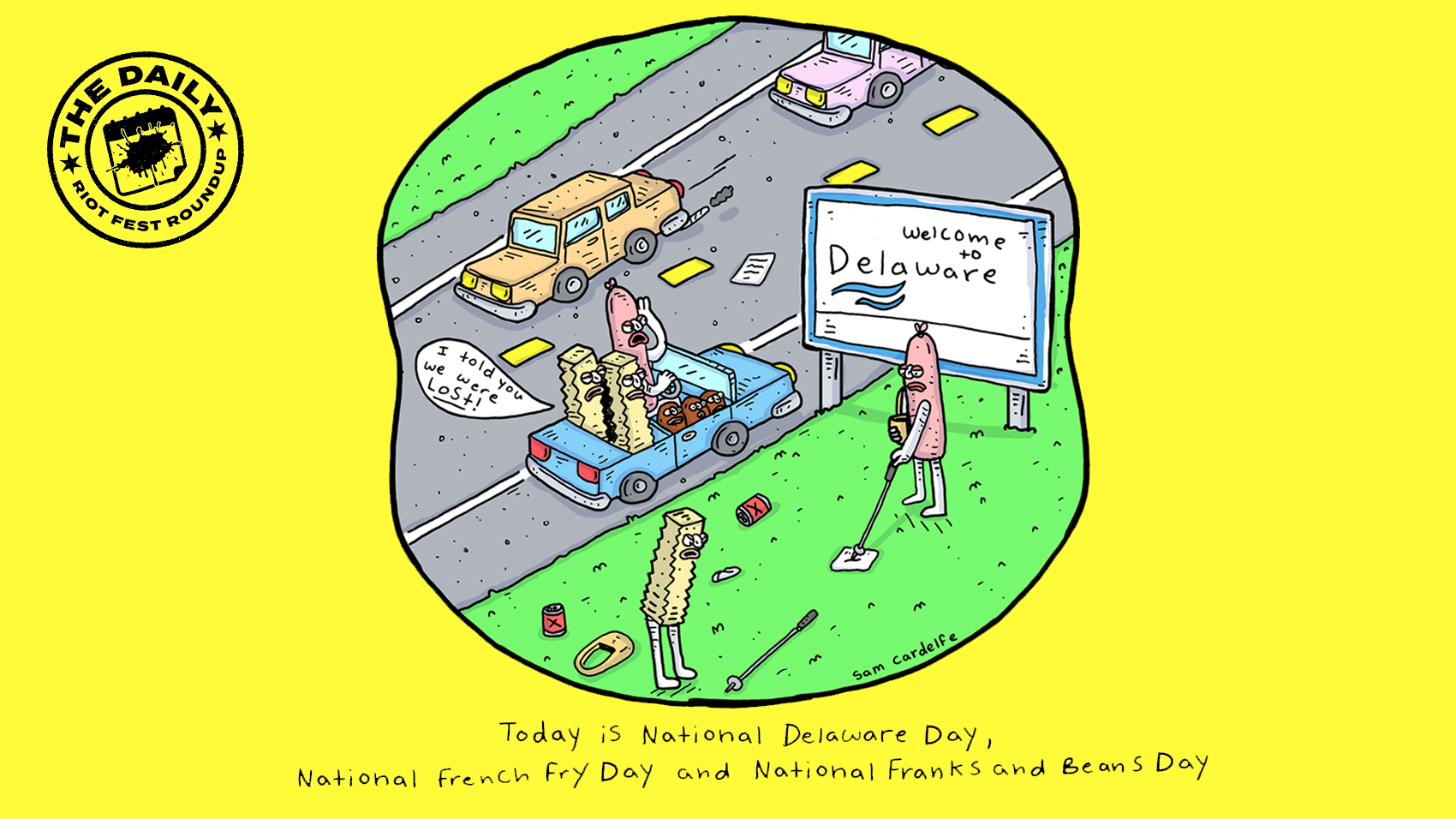 Just in case it got past you, Nine Inch Nails released new music today! Check out “Less Than,” the driving first track from Add Violence, a new NIN EP that’s coming our way on July 21st. Add Violence is the second in a trilogy of EPs, starting last December with Not the Actual Events and culminating in…another one, which is coming out…sometime.

Shabazz Palaces‘ two new albums—the same two we’ve been going on and on about—are finally out tomorrow! To celebrate the imminent release of both Quazarz: Born On A Gangster Star and Quazarz vs. The Jealous Machines, let’s all watch the new video for “Welcome To Quazarz,” which was just revealed.

Hot Water Music has just released the video for “Vultures,” an anthemic bruiser from the band’s new album Light It Up, coming this September 15th on Rise Records. The footage for the video was sourced from fans, and it’s really cool. You should watch it, or Chuck Ragan will call Chuck Norris to see how he should handle you. Also, did you hear about that time that Hot Water Music’s Artwork & Iconography Created A Legacy All Its Own?

Vic Mensa is offering some insight behind his forthcoming album, The Autobiography:

This music is the best work of my life. The most honest, real and alive. i got more than love for everyone coming on this journey with me

The Mad Caddies are hitting the road with The Offspring and Sublime with Rome!

Dead Cross are offering a sneak peek at their new LP, due next month. It is very red.

Go see The Flatliners do some shows with Sum 41 in Canada, eh?

Canada! We’re heading home for a run of shows later this month w/ @theflatliners! Get tickets for all 3 dates at https://t.co/hlZvRY3rj4. pic.twitter.com/NTAHqBuqsM