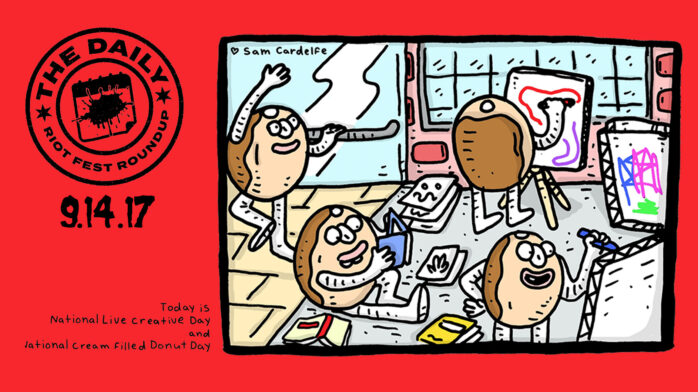 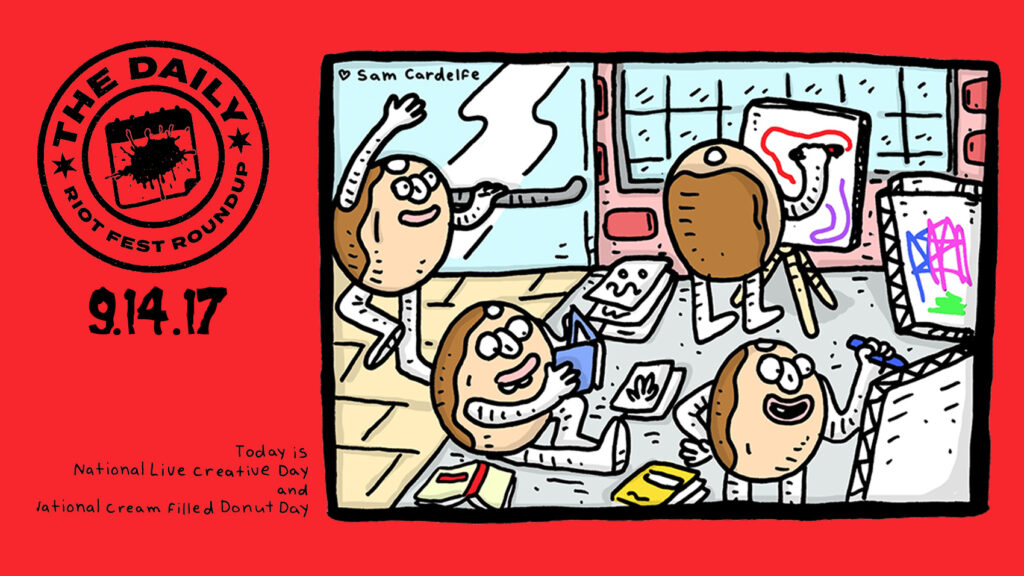 We start today with the tragic news of Grant Hart‘s passing from fucking cancer. The Hüsker Dü drummer was 56, and leaves behind a legacy of great songs, strong opinions, many laughs, and tender memories. Twin Cities music beat writer Chris Riemenschneider eulogizes the hometown hero in today’s Star Tribune:

Jawbreaker is doing a signing at Bric a Brac Records tonight. No big deal.

Breaking news! Tomorrow evening we'll be hosting a Jawbreaker signing in the shop from 6 to 7 ahead of their documentary screening at the Logan Theatre!! It's gonna be packed!!

The Replacements have released “Bastards of Young” from the new Live at Maxwell’s 1986. Big deal.

We talked to Mayday Parade Alex’s Garcia about their full album show this weekend.

Paramore has been training hard for their Riot Fest set.

Say Anything has announced the special guests for In Defense of the Genre anniversary shows:

Announcing support for our upcoming In Defense Tour! Get tickets now as one show has already sold out and several are on the verge. Thanks! pic.twitter.com/0K76ZY0ewn

The Menzingers will be live on Facebook at Riot Fest, doing a Q+A with Alternative Press this Sunday:

We'll be live with @AltPress at @RiotFest this Sunday! Tweet us your questions. pic.twitter.com/buhuuEiOAB

Check out this sweet new At The Drive-In deck!

The Story So Far is playing their new track for the first time at Riot Fest.

especially if you live in Chicago, as we'll be playing it live for the very first time at @RiotFest 😎 https://t.co/Gc61v5KOUg