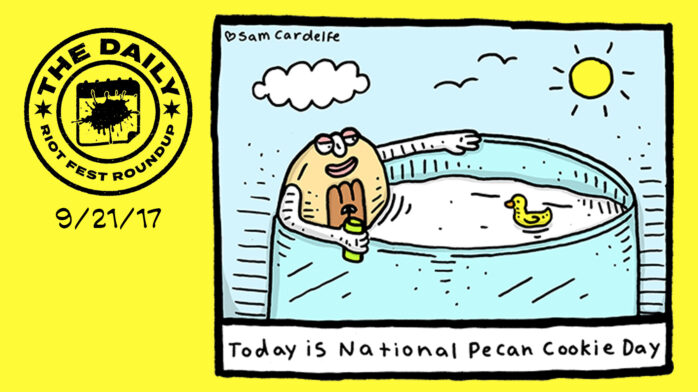 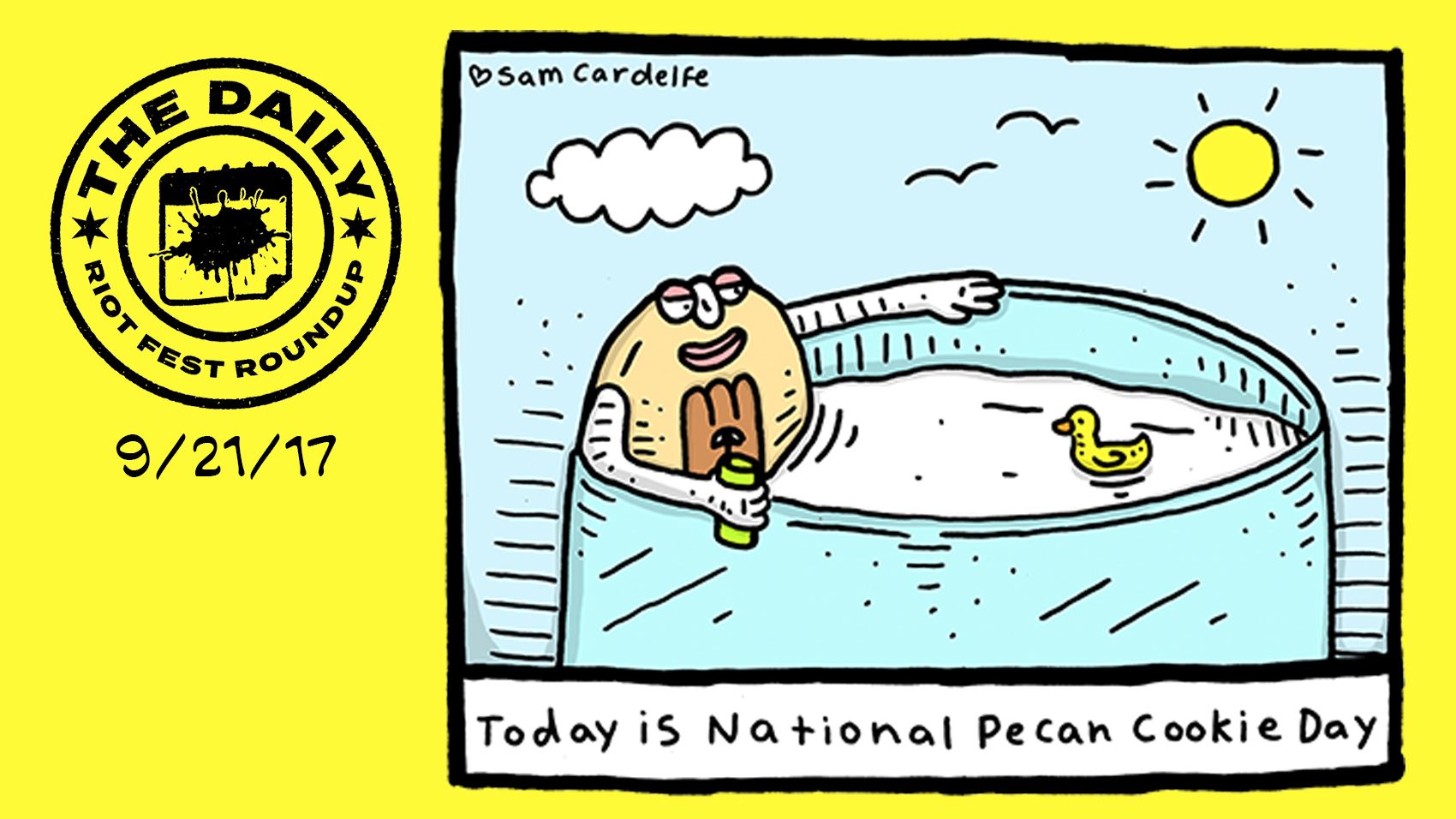 See if you can spot yourself in the People of Riot Fest 2017 gallery.

Did you lose anything at Riot Fest, aside from your marbles? We have a lost and found!

Did You Lose Something At Riot Fest?

Today is a big day for showing new music to y’all. We’ve already reported on the new GWAR jam, but here are a bunch of other fresh bits for you, the wonderful people of the Riot Fest community…

“Baby Strange,” a T. Rex cover by The Replacements from For Sale: Live at Maxwell’s 1986, out on October 6th via Rhino.

“Hail to the Chief” video by Prophets of Rage, from the group’s just-released self-titled debut album.

“Thirteen,” a Big Star cover from Beach Slang‘s upcoming “Quiet Slang” EP, We Were Babies and We Were Dirtbags.

“Zodiac” video from The Lillingtons, which was just premiered by New Noise.

And last but not least, Morrissey “Spent the Day in Bed” and we all are benefactors.

Hot Water Music put out an album last week but you were probably at Riot Fest and therefore too busy to listen to it! Fix that now!

We put out a new record last week. Check it out! pic.twitter.com/HPokIG4cf4

IN LA? Go see the excellent new Jawbreaker documentary! Tell ’em Riot Fest says “hi” and that we miss them! Because I don’t know if you’ve heard, but Jawbreaker reunited at Riot Fest the other day. NBD.

Dessa throws down the gauntlet!

You know what? Fuck it, RTs = endorsements. Gotta ride the lightning, man.

Looks like it’s time for The Smith Street Band to take a long nap.

We did it! 3 continents, 62 shows, 9 countries since April! Thanks if you saw us play. Gotta go chill out now, but we’ll be back soon! 😘 pic.twitter.com/TP45guf2Mo

heads up: the five buck corn dog from the mobile @RiotFest branded pushcart (veggie too!) is so good it should be illegal. See y’all soon

beach slang morrissey Prophets of Rage The Lillingtons the replacements