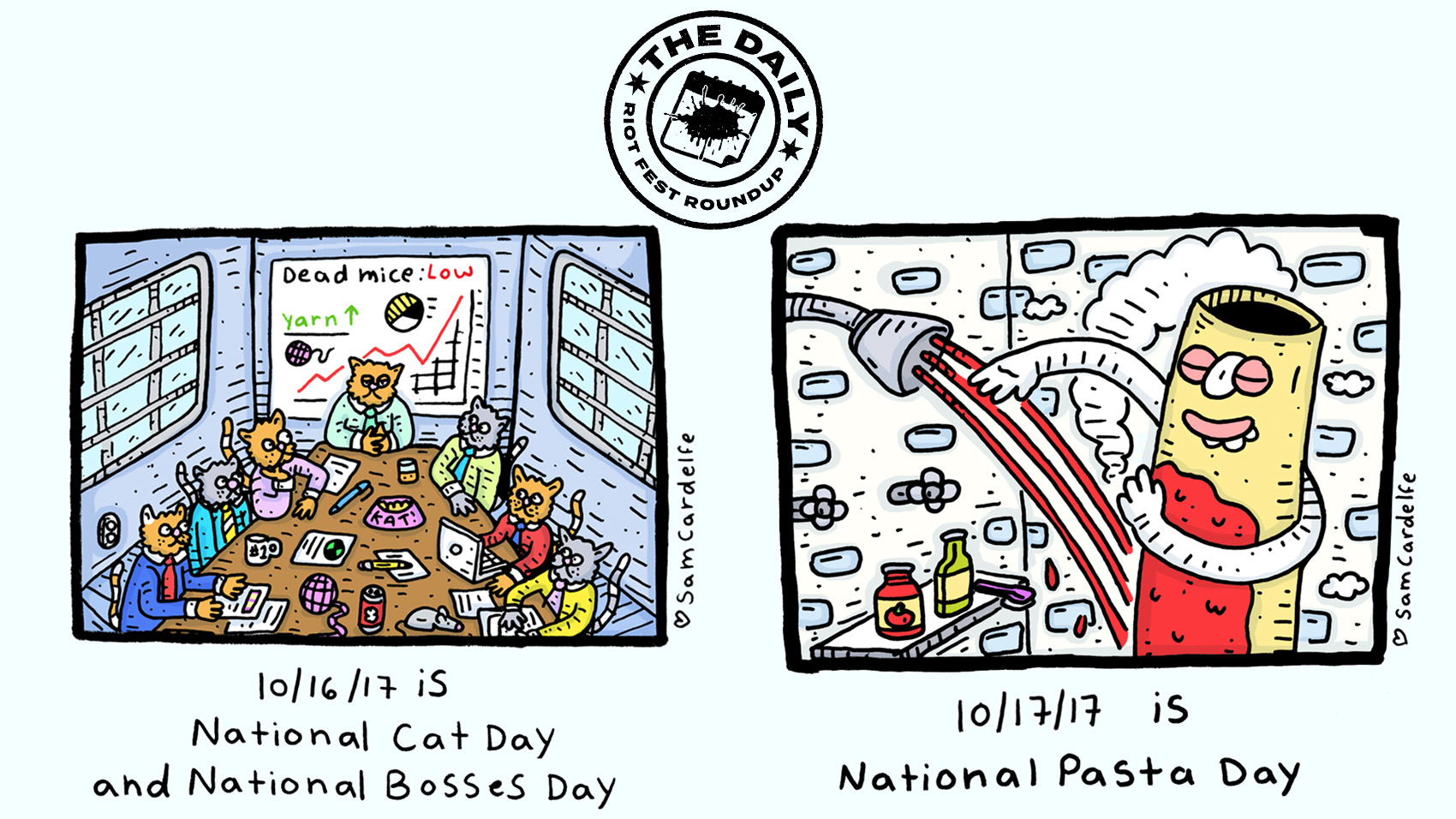 A Perfect Circle just released a song from their first album in 14 years, eMOTIVe, coming your way sometime in 2018. Maynard playing the long game FTW.
https://riotfest.org/2017/10/perfect-circle-just-released-new-song/

In lieu of putting a record out like other, less-charitable bands often do, Superchunk has been piecemealing their jams out to the masses in 2017 via a series of 7-inch singles, with proceeds benefitting causes that the band feels strongly about. The proceeds for the new Break the Glass b/w Mad World will benefit the Southern Poverty Law Center and the righteous civil rights work that they do. Buy the 7-inch at the Merge Records store after you listen to it below!

Prophets of Rage kneel with Colin Kaepernick in the new video for “Strength In Numbers.”

MGMT is back! Check out the new jam from Ben and Andrew, “Little Dark Age.” The track is from the duo’s upcoming new album, which sees the light of day in 2018, and is their first since 2013’s MGMT.

Morrissey “Spent the Day in Bed.” Another slam dunk of an idea from the Moz!

Yotam Ben Horim is from Israel, and some may know him from the rad band Useless ID. Some may not. Not our problem. Problem is, he just released a new One Week Record and it’s rad and you don’t have it yet. Huge problem. What’s One Week Records, you ask? It’s a label run by Lagwagon’s Joey Cape, who brings artists into his studio to record ten songs in seven days. What? You don’t have Google? Pick up the physical album in the Fat Wreck Chords store, and the digital over at One Week. New Noise premiered the video for “Slip,” and we’re stealing it. Muahahahhahhahah! Wait, what?! That’s not how YouTube works?

Nobody tweeted today. Not one person. Can you believe it?