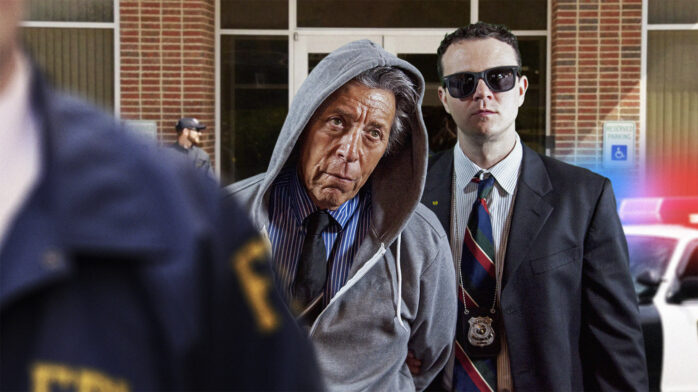 Vinnie C. Morocco, Initech’s President and CEO, was arrested during an FBI raid on the company’s headquarters this morning. Sources say the famously easy-going Morocco was leading the software and music festival titan’s Monday Morning Rap Session, when he was pulled away in handcuffs after being indicted on several counts of financial crimes.

While details of the investigation are sealed, several sources inside the U.S. Justice Department hinted at Morocco’s actions during the company’s recent acquisition of Chicago-based independent music festival Riot Fest as the root of the affable leader’s troubles. Due to this morning’s events, the SEC has put the Initech-Riot Fest on hold.

“We don’t know where this guy came from, or why he thinks khaki pants are cool,” stated Riot Fest spokesperson Riot Fest Twitter Person. “Nobody on the Riot Fest staff wanted this merger to happen, and we got the results that we wanted.”

Riot Fest’s founder and managing partner, Michael A. Petryshyn, could not be reached for comment. However, the usually loose-lipped festival guru is reportedly feeling “confused, betrayed, and relieved,” and is likely fishing, according to several employees.

More developments on this breaking story will be reported as they happen.