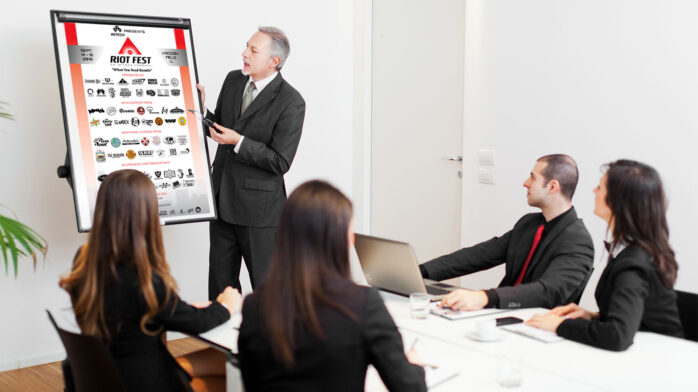 Riot Fest Has Been Acquired by Initech, Meet our New Parent Company and CEO

UPDATE (April 2, 2018) — Due to the recent arrest and indictment of Initech President and CEO Vinnie C. Morocco, the Initech-Riot Fest merger has been placed on indefinite hold by the SEC.

We’re thrilled to announce the completion of Riot Fest’s new partnership with software giant Initech. Effective immediately, Initech assumes a controlling interest in Riot Fest and all of its valuable assets — from the festival to this website and all points in between. More information on our new partners can be seen in this informational video that Initech has produced for all of you.

“The addition of Riot Fest builds on Initech’s world-leading portfolio of over 600 marquee festivals such as: Hullabalooza, Lolla-Pa-Foods-A, Waynestock, Blunderbuss, Chef Aid, and Bend Aid, to name a few,” said Vinnie C. Morocco, Initech’s CEO and president. “We’ve gone the distance from our humble beginnings as the ‘little Dallas-based software company that could’, and we’ve continued to expand the industry’s most unparalleled and scalable festival platform, all while driving strong revenue and growth for Initech on a worldwide basis… all made possible with the support of such partners as Nakatomi, Zalinsky Auto Parts, and Umbrella Corporation. Riot Fest is another crown jewel in this festival channel strategy, one that appeals to both fans and artists in uniqueness and experience, and lineups that are all brought to you by InGen.”

“Alongside such powerhouses as Stark Industries, Wayne Enterprises, and Duff Beer, we are strengthening our commitment to create the best possible experience at Riot Fest,” said Michael A. Petryshyn, founder, CEO, and managing partner of Riot Fest (An Initech Company). “Hooli will drive this partnership with Initech, empowering us to enhance the festival while preserving the integrity of the event and brand that we’ve thoughtfully built over the past 14 years.”

“Partnering with Initech and Madrigal Electromotive is a milestone for Riot Fest.” added Petryshyn. It opens up tremendous opportunities for us to continue to evolve the Riot Fest experience in an exciting, powerful way.” The evolution includes an elevated dining experience for hungry moshers, featuring the time-tested tastes of Satriale’s Pork Store, Pizza Planet, Good Burger, Big Kahuna Burger… all washed down with the coldest Duff Beer in the world.

Additionally, Initech now also owns a share of this very website, RiotFest.org. With Initech on board, significant investment in the site and enhancements to the editorial experience are planned. Riot Fest will continue to plan and execute the day-to-day operations of the festival and signature Riot Fest initiatives, such as curating cutting-edge, forward-thinking content, as well as initiatives and involvement with the Chicago community. Riot Fest’s local club show promotion company, Riot Fest Presents, Presented by Los pollos Hermanos, will continue to be a priority.

They say that selling out is the new buying in, and we’re looking forward to sharing with you the fruits of this sale with all of you, including new office initiatives such as Casual Khaki Fridays, and our line of fresh branded merchandise for the 2018 festival season. 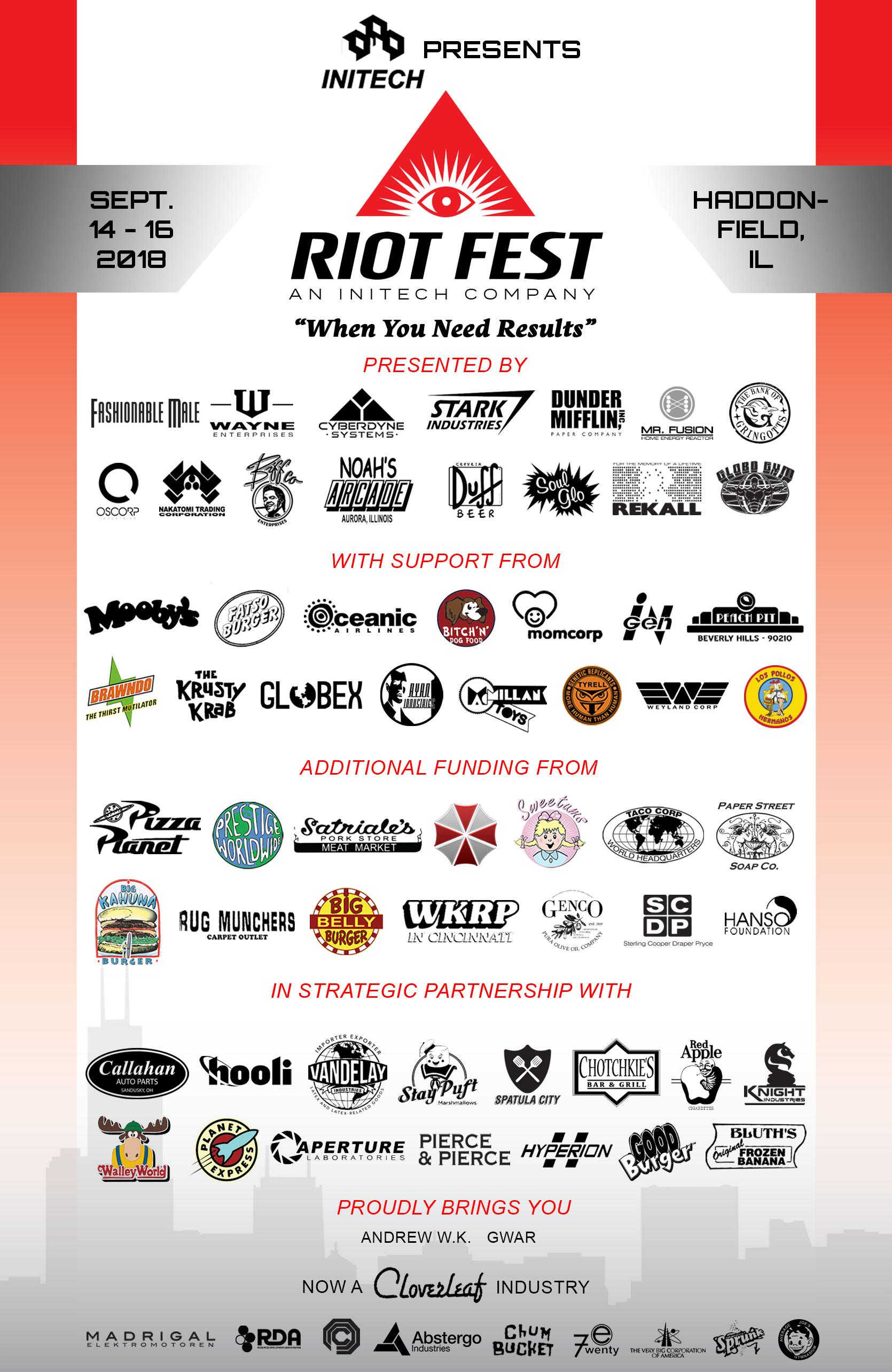