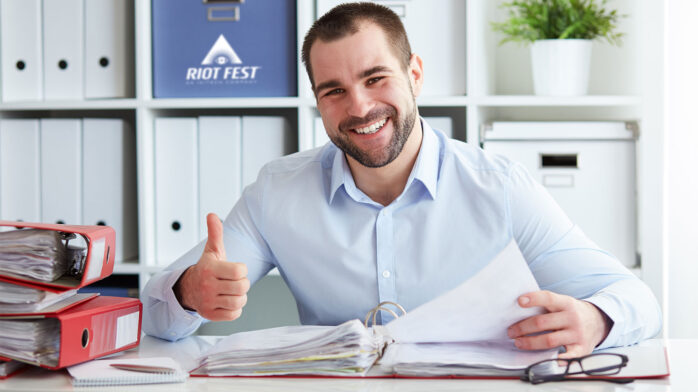 Initech Insights: Selling Out is the New Buying In

UPDATE (April 2, 2018) — Due to the recent arrest and indictment of Initech President and CEO Vinnie C. Morocco, it’s been determined that selling out can actually suck and is not the new anything. This corroborates several reports on the subject by punks everywhere.

So, your favorite music festival has sold out. That used to be a negative thing. Remember those big punk bands in the 90s? Everybody was all “Ooh, they’re selling out!” They thought it was bad at the time. However, with the benefit of over twenty years of hindsight, we now know that they were in fact not selling out — they were buying in. Such action was taboo then, but it has now become far more acceptable. That’s right: selling out is the new buying in.

The music video industrial complex of the early-to-mid 90s was filled with alternative and grunge music. Punk bands signing to major labels — and their subsequent successes — enabled these groups (and, in turn, punks everywhere) to buy in to a new way of consuming mainstream music.

This is exactly what Riot Fest has done by allowing a software giant to transform us into Riot Fest (An Initech Company). No longer is the festival beholden to Big Small Business for our sponsorship activations and vending. No, with Initech’s guiding hand, we’re pulling in big guns like InGen, Wayne Enterprises, and Pizza Planet — thus ensuring a bright, strong future for Riot Fest (An Initech Company). Now our expansively expensive musical lineups will feature all the greatest bands; and spread across our marketikng beforehand (and the festival grounds during) will be all the most useful brands.

When Riot Fest needed results, we turned to Initech. Now, thanks to CEO Vinnie C. Morocco‘s strong leadership and guidance, when the festival-going public needs results, they can turn to Riot Fest (An Initech Company) — in 2018, and beyond!