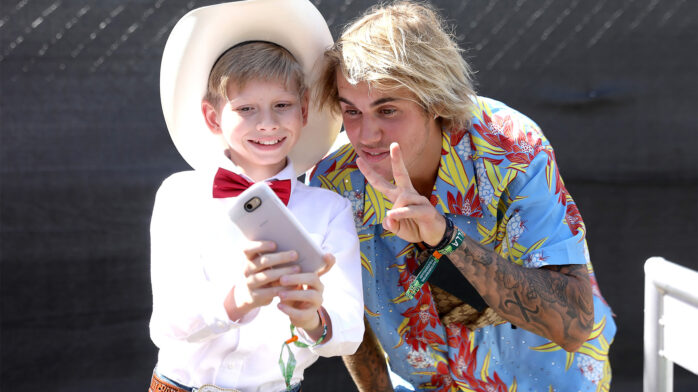 Yodeling Walmart Boy got a record deal and you didn’t

If you’re in a band and reading this, you’ll probably never get signed to a major record label. However, 11-year old Yodeling Walmart Boy, seen in the above photo with unidentified fan, has one.

Since going viral on YouTube (this dumb video had amassed 6,789,425 views as of press time), Yodeling Walmart Boy—whose real name is completely unknown*—has appeared on Ellen! (twice!), graced the Grand Ole’ Opry stage, and made cameos at both Coachella and Stagecoach festivals; and now this fucking kid has his very own big-boy record deal with Atlantic Records/Big Loud.

Ian Cripps, Atlantic Records’ VP of A&R, said with a complete lack of irony that Yodeling Walmart Boy possesses the “talent and emotional ability to really feel a song and sing from his soul.” “We understood [Yodeling Walmart Boy and his team] and their goals, and simply fell in love with their story and vision,” says Seth England of Big Loud Records.

So goes the chorus of “Famous,” Yodeling Wal-Mart Boy’s first single, which is currently at #10 on the iTunes singles chart.

* We’re sure Yodeling Walmart Boy does have a real name, but we don’t care enough to Google it.