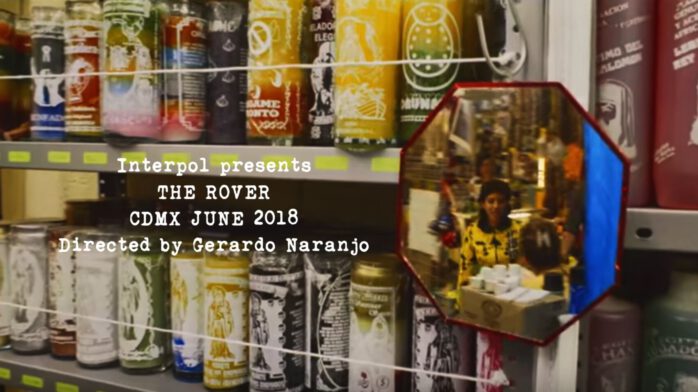 Interpol released a new music for “The Rover,” the lead single from their upcoming album Marauder, scheduled for release on August 24 via Matador Records.

And make sure to see Interpol at Riot Fest. Tickets are on sale now.

“Marauder is a facet of myself. That’s the guy that fucks up friendships and does crazy shit. He taught me a lot, but it’s representative of a persona that’s best left in song. In a way, this album is like giving him a name and putting him to bed,” says Interpol singer Paul Banks.

In a press release, Paul Banks said, “I like to describe the video for “The Rover” as a prequel. It’s the origin story of the character described in the song, the birth of a cult leader. When we meet him he is partly unhinged. He’s a man on the verge, an artist subjected to great pressures, and beset with existential frustrations. A distracted hipster who enjoys psychedelics, let’s say.

The events that take place in Mexico City, be it a bump on the head, a visit to a shaman, or the influence of his rescuers (the street gang known as “Los Locos”) trigger the birth – the eruption – of this new figure, “the rover.” His rescuers become his first followers.

In the end of the video he exacts his “revenge” on Interpol with a mischievous act of disruption during the press conference. He grabs me by the head – to save me? Forgive me? Or simply as a gesture of his new independence – the butterfly becoming.”