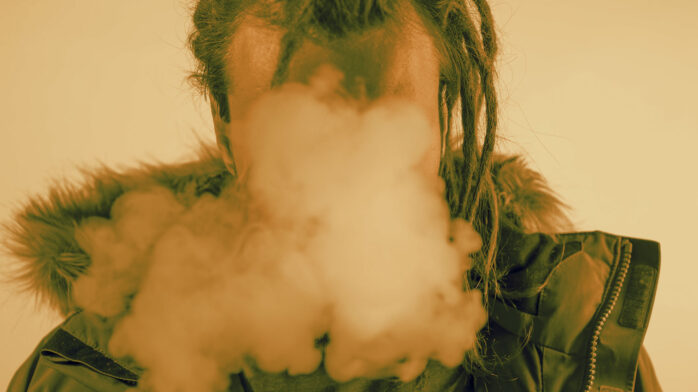 Why the annual stoner celebration beats out all other holidays
By Miles Raymer / April 19, 2019April 19, 2019 / Editorial

Holidays suck. Christmas is just mass consumerism wrapped in a shell of cloying sentimentality. Labor Day is more about auto dealer sales events than paying tribute to labor movement martyrs (unless your cookout’s full of card-carrying Communists, in which case it’ll likely collapse into a schismatic argument over some trivial philosophical point or another by the time the veggie burgers are done cooking). Valentine’s Day is too emotionally manipulative. Halloween’s too competitive. And let’s not even get into Thanksgiving, our nation’s most deeply problematic and family-trauma-inducing tradition.

But also, fuck holidays in general. They reek of enforced fun and team playing, like a group activity at an office work retreat scaled up to societal level. (Also just on general principle, because they still don’t give us the day off for Cliff Burton’s birthday.)

Unlike all other major modern holidays, 4/20 came into existence organically. It wasn’t ordained by a religion or decreed by the government or invented by an ad agency. It just kind of happened. Some stoned teens in California back in the Seventies started using “420” as a code for weed, and as the term inexplicably spread across the country, stoners—a group naturally inclined to pointless puns—naturally began to honor the date 4/20 by smoking more weed than they do on a normal day.

Lacking any sort of top-down hierarchy, 4/20 doesn’t have any dogma either. There’s no right or wrong way to celebrate 4/20. If you consume cannabis in any form on April 20th, you’re celebrating 4/20, whether it’s ripping brain-twistingly powerful dabs or simply sneaking a one-hitter on your lunch break. If you aren’t a stoner but you get on social media to make fun of stoners, that is also a way of celebrating 4/20. If someone throws you the shaka sign and says “4/20” in a funny party guy voice and you do it back, you just participated in 4/20.

And while brands love to winkingly acknowledge cannabis culture on social media, and head shops and vape brands have certainly capitalized on it, 4/20 can’t ever really be commercialized in the way that organically grown fan holidays akin to May the Fourth have been.

For those who celebrate the traditional way, 4/20 also has the unique quality among holidays of getting objectively better every time it comes around. Every year weed gets a little more legal, a little more accessible, a little closer to social justice. It also gets noticeably better. Visiting dispensaries in states where it’s legal makes me feel like when I was a kid and visited a big city comics store: they’ve got this! And this! And oh my god I didn’t even realize that this existed! Even in cities where it’s not legal yet, dealers are more like sommeliers—offering a variety of strains and formats to suit any mood—than weed dealers back when your only choices were “kind” and “shwag.” And if the escalating THC content in modern cannabis is too much for you, brands like Old Pal offer low-THC bud that older stoners grew up on.

On top of that, inventive stoners, armed with ever evolving technology, keep coming up with clever new ways of getting THC into your bloodstream. G Pen makes a pocketable vaporizer called the Gio that’s so well designed that it’s a pleasure just to hold it in your hand, like what a Juul wishes it could be. Dosist makes sleek little retro-mod vape pens loaded with oil blends with specific uses, like easing pain or helping you fall asleep—the soothing Calm formula is the most effective non-prescription anxiety reliever I’ve ever tried (with none of the prescription ones’ nasty side effects). TribeTokes makes a James Bond-ish vape that pops out switchblade-style from what looks like a fancy key fob, while Linx Vapor makes health conscious vapes with no plastic or paint. You could just consume the THC in the form of Kiva Confections’ gourmet chocolate covered blueberries, just strong enough to take the edge off a stressful day, or Binske’s farm-to-table, fair-trade, single source Honduran chocolate bars. Manna Molecular, possibly the most technologically innovative cannabis brand in the world, makes pharmaceutical-quality transdermal THC patches designed by MIT scientists.

Or you could just smoke a joint, because again, there’s no one way to celebrate 4/20 and no one to tell you any different. And if you really think about it, isn’t coming together with a bunch of other people, some of whom may be very different from you, to all celebrate together, each in their own way but in harmony as a group, what we all want America to be? Isn’t the diversity, the creativity, the inventiveness—even the rebellious joy in defying authority—that 4/20 celebrates just about everything that we love about humankind? Is 4/20 in fact the secular, universalist, joyful holiday that we so desperately need in these scary and divisive times? I would argue it is.

In closing: abolish all holidays except 4/20, legalize weed, Cliff lives.