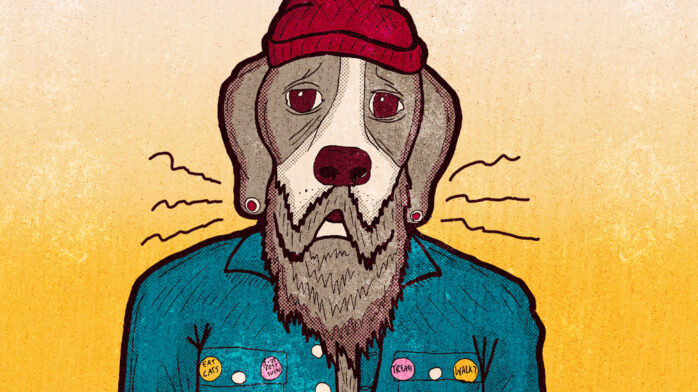 Your Dog Is Way Cleaner Than Your Beard, Says Science

Once again proving that dogs are better than people, a recent study conducted by European Radiology found that beards have more germs than dog fur. Dogs, who lick their own assholes and roll around in the yard, have significantly fewer microbes than a human beard.

Cuddling up with your man on the couch, while your dog sits on the floor? Might want to think again. The study, conducted to determine whether it would be hygienic to evaluate dogs and humans in the same MRI scanner, concluded that bearded men have significantly more microbes and more human-pathogenic strains than dogs. As the MRI scanner used for both dogs and humans was routinely cleaned after animal scanning, there was substantially lower bacterial load compared with scanners used exclusively for humans.

In conclusion, you nasty dudes need to wash your dirty ass beard, or even your dog isn’t going to want to be near you.